The US Open got underway this week in New York which welcomed the return of Maria Sharapova to center court since?her suspension. In celebration of her return, she collaborated with Nike and Givenchy’s Riccardo Tisci to create the world’s first little black dress, and the results are stunning.

The all-black look – which included the dress, shoes, and complementing jacket – featured laser-cut laced side panels, soft leather trimming, and Swarovski crystals, and above all is absolutely?chic.The black colourway is a welcome reboot to the crystal-white tennis uniforms that we’ve become accustomed to, and Sharapova attributes her choice to the elegance and glamour of Audrey Hepburn in that iconic black Givenchy dress. Given her requirements, former Givenchy creative director?Riccardo Tisci was the perfect candidate for the job.

The athlete shared her experience on Instagram this week, giving fans a special preview to this one-of-a-kind LBD.

What an amazing experience getting to work with icon @riccardotisci17 and @Nike on this years US Open dress. Just remembering sitting around my dining table talking inspiration and all things lace with Riccardo and now….voila!! it’s come to life!! Thank you, Riccardo!! ??

Tisci is no stranger to luxury sportswear, having collaborated with Nike in 2016 to create a luxury sports range, but recreating something as iconic as the LBD?provided a new set of challenges (which incidentally, he.. slammed. Ahem.) His designs are giving tennis – and?indeed the wider female sports community – a real identity and sense of empowerment; especially?when we’re so accustomed to reading sexist comments about “short skirts” “and “plunging necklines”. 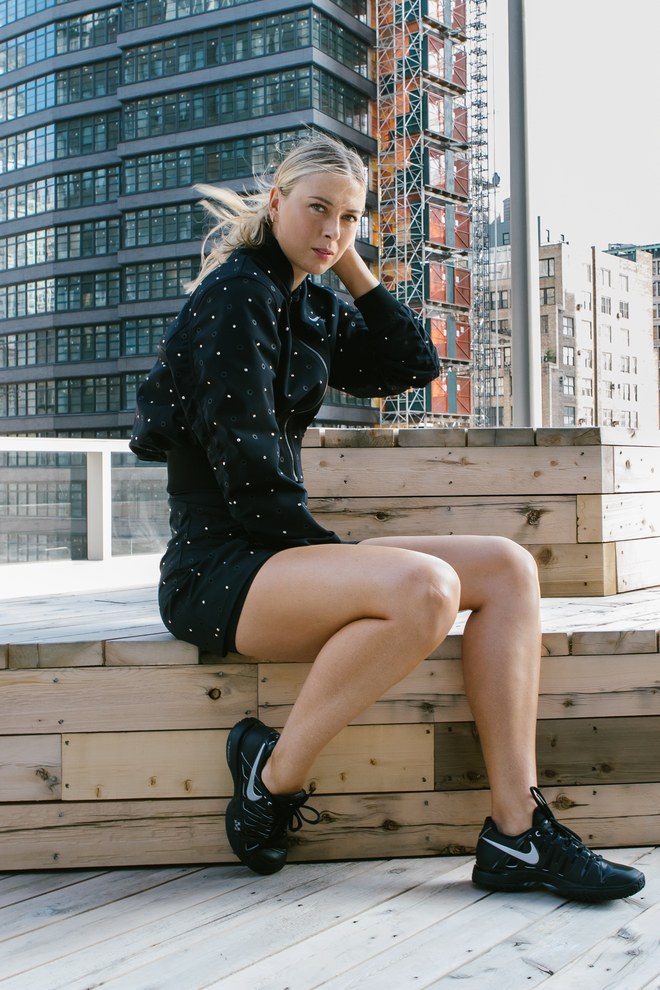 We’re hoping that the positive reaction will spur more designers to think outside the box to create modern sportswear for women and men.?And as Vogue put it; when was the last time you saw an athlete perform and win wearing diamonds?

We would definitely work harder in the gym if we were wearing diamonds, Riccardo. Just saying.