Once, fashion became less of a concern to women the older they grew. Not anymore. Every month, IMAGE Magazine chooses a selection of real, fabulous women who demonstrate how relevant, rewarding and fun clothes can be whatever your age. Orla Sheridan’s positive attitude and colourful style are totally infectious. You can’t help but feel happy when she enters the room…

Galway-based personal shopper Orla Sheridan is a kaleidoscope of colour on the morning of our shoot. The rainbow brights are a perfect reflection of her personality, which has as much bounce as her beautiful, tightly wound curls. Very few women make me want to dress as they do; imitation may be the best form of flattery, but it’s the worst way to approach your wardrobe. But when I scroll through Orla’s Instagram feed (@orlasheridanstyle), I’m fascinated by her talent for creating colourful outfits that are sophisticated rather than clown-like; that’s what we all fear, isn’t it, when we veer away from less-noticeable neutrals?

Orla clearly has huge fun with her clothes, but she’s a pragmatist too. “I won’t buy an item unless I can think of a number of different ways to wear it,” she says. “I have clients with enormous wardrobes and they’re embarrassed when I arrive in their homes because they have nothing to wear.” Orla’s core clientele is women in their thirties who find themselves shopping constantly but to no end. “These women want to start investing in strong pieces rather than filling their wardrobes with mediocre items. I tell them to slow it down a bit, and to focus on quality not quantity.” 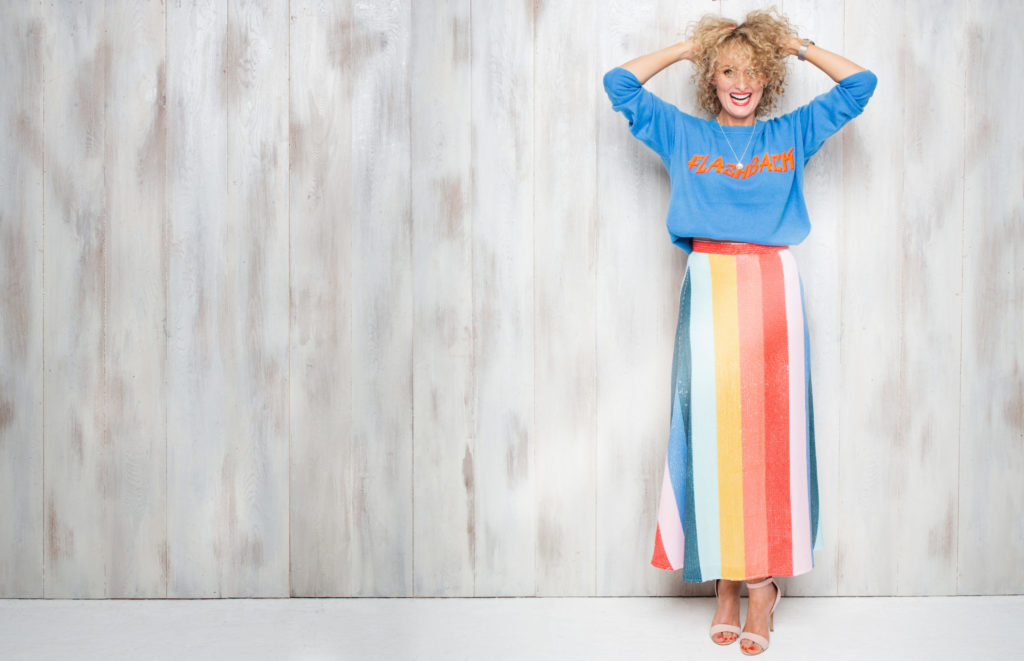 The mother of two is a passionate advocate of Livia Firth’s (eco fashion campaigner/designer and wife of actor Colin) 30 Wear Rule: when you pick up an item in a store, ask yourself if you will wear it 30 times. If not, don’t buy it. “A woman’s everyday wardrobe has to perform,” she says. “You can have a minimal wardrobe as long as the pieces in it are versatile and they function for the life you lead.” Her go-to labels are Sandro, Maje, Cos and The Kooples, punctuated by Zara and Topshop. She’s also a keen supporter of local Galway boutiques such as Les Jumelles and Willow.

You will see a peppering of neutrals through her feed, too, and she admits since hitting her thirties, she’s begun to invest more in them because of their versatility. But Orla doesn’t get caught up with trends. “If something suits me, I stick to it. I never want to appear overly put-together, but I like my outfits to look considered and chic.”

This article originally appeared in the September issue of IMAGE Magazine. Words by Marie Kelly, videography by Niamh O’Donoghue.