Victoria Beckham is one of the industry’s heavyweight names when it comes to London Fashion Week. And even amongst the protests and Brexit woes, her SS20 collection showcase remained one of the most anticipated so far (that, and her first-ever beauty line).

Held – with undoubtedly tight security – in the 19th-century Durbar Court at the heart of the British Foreign Office in Westminster, London, the spring collection centred on “dynamic women” and was, in many ways, business as usual for the designer.

Notably, the suits were extremely strong as was the return to midi skirts – both with open panels and pockets aplenty. It was all about comfort and freedom of movement.

Related: Victoria Beckham beauty has launched and we want everything

“Lightness, easiness, freedom,” summed up the collection, said the designer, live-streaming the event from her YouTube channel. “Those are the ideas I was thinking of for this collection. It’s about dynamic women today, women in motion. 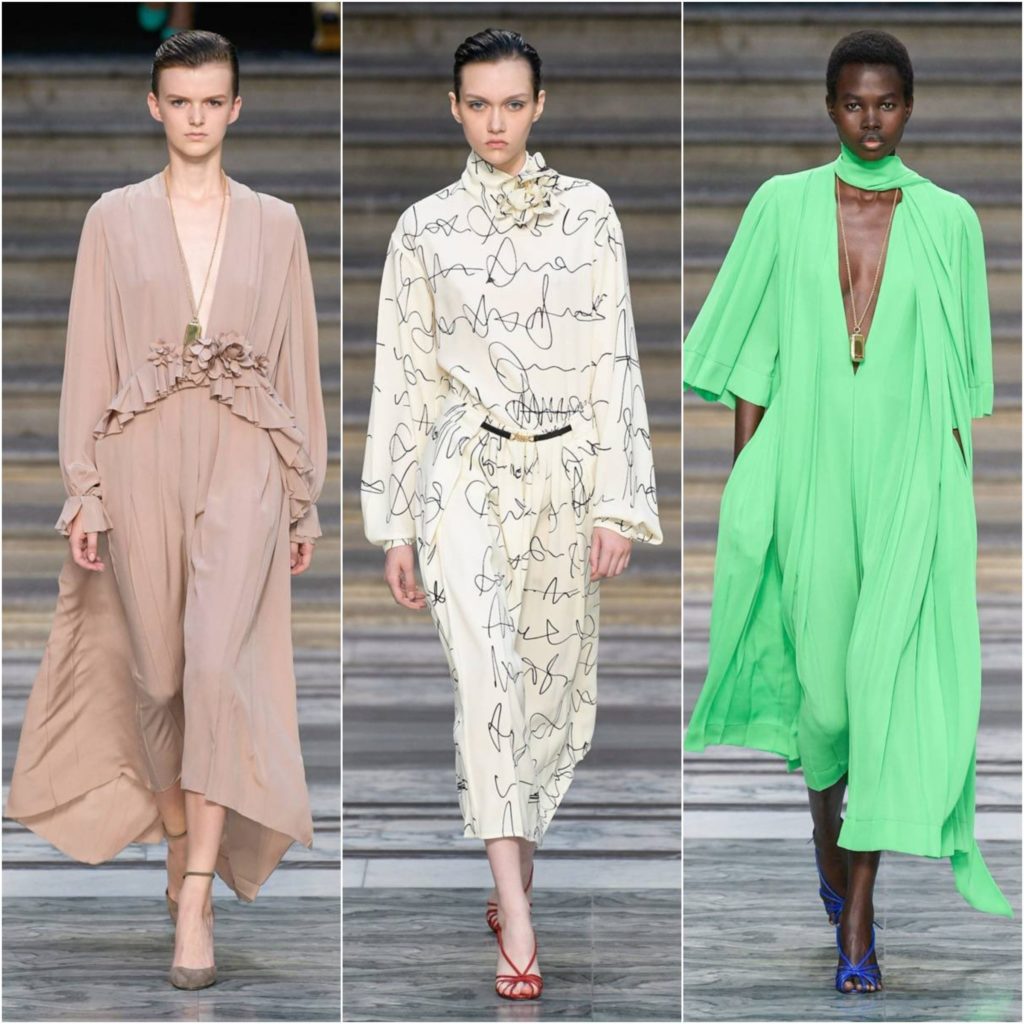 “Controlled and free, living life, reality and believability. There is always a duality in women, moving between different ideas, different moods. I want clothes that move with a woman, that move with her life.”

As well as the collection on display, the attendees drew their own coverage. All the Beckham clan (as usual), not only there to support mum, but daughter and sister Harper as she well and truly stole the show. The FROW also included husband David and all four of the Beckhams’ children, Brooklyn, Romeo, Cruz alongside the adorable Harper, who wore a floral prairie dress.

“My number one guest!” Victoria captioned an image of them together, just before the show.

Other guests included the actress, Helen Mirren, Billy Porter, Anna Wintour and activist Sinéad Burke, who expressed her delight at attending the show on Twitter, as well as wearing a custom design from the former Spice Girl herself.

Star guests and a collection to-die-for. London Fashion Week doesn’t get much better.