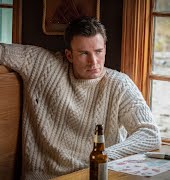 2015 was all about the Kardashian/Jenners for Balmain, and the #BalmainArmy has also included Rihanna, Gigi Hadid, Joan Smalls, Jourdan Dunn and Cara Delevingne. This SS16, Balmain is bringing back three of our favourite?nineties supermodels (there are seven – Naomi, Claudia and Cindy of course, plus Kate Moss, Christy Turlington, Linda Evangelista and Stephanie Seymour).?

READ MORE: Balmain’s Olivier Rousteing On What Clothes Mean To Him

This “new chapter” is certainly a change from Balmain’s previous millennial stars. Olivier recognises the Kardashian-Jenner fashion influence and has never shied away from his love of them – Kim and Kanye were the stars of Balmain’s SS15 campaign, Kendall and Kylie were stars of Balmain’s AW15 campaign?and?Kendall helped Olivier announce the Balmain x H&M collaboration back in May of last year. The Kardashians and Jenners are regularly photographed in Balmain. North West has been wearing custom tailor-made Balmain since she was two. Rousteing, the creative director at Balmain, tailor-makes her clothes – Balmain doesn’t even have a kids collection.

None the less, we’re glad of the reminder of the original supers. Check out Balmain’s SS16 show below.