In 2016, Jourdan Dunn is a model at the top of game, her high-profile status seeing her make headlines on runways, red carpets and in high-profile campaigns such as Balmain for H&M. Such a status gives her considerably more sway than your average industry insider, and she isn’t afraid to use her platform to speak out on the issues that matter to her.?There was furore over a now-deleted tweet late last year when Dunn suddenly revealed she wouldn’t be featuring in the Victoria Secret fashion show – some speculated she was replaced by Kendall Jenner while others said it was a lack of diversity that was the issue – and it is on this subject that the model has been speaking out about of late. Models of colour are still a rarity on the runway, and Dunn isn’t afraid to call the industry out on this.

The 25-year-old landed her first?Elle cover this week, and though it was a huge personal milestone, she was keen to stress that there’s a way to go before the fashion industry is as diverse as it should be.

“There are definitely a lot more girls of colour being represented,” she explained in her interview,?”But I also feel like we’re 100% still not there.”

“I want to see us get to a place where seeing a black girl, anywhere, is not such a big deal. Why can’t it just be the norm to see black models in campaigns and on covers and runways? It’s still too much of a big thing when this happens,” she said.

And this isn’t the first time she has hit out at an industry which shows preferences towards white models.

She explained in an interview with British Vogue last year as she became their?first black solo cover star for 12 years:?”It’s hard being a model regardless, and then being a black model,” she explained at the time.?”I have heard, ‘Oh, we haven’t shown any black models this season’. So blas??it’s messed up.”

Dunn also added that she would never apologise for airing her views on social media. “People always ask me, ‘Do you regret saying this?’ I don’t have any regrets. My agency used to tell me, ‘Can you take that down?’ And I’m like, ‘No.’ Why would I take that down? That’s how I feel; that ‘s how I felt and it is what it is.” 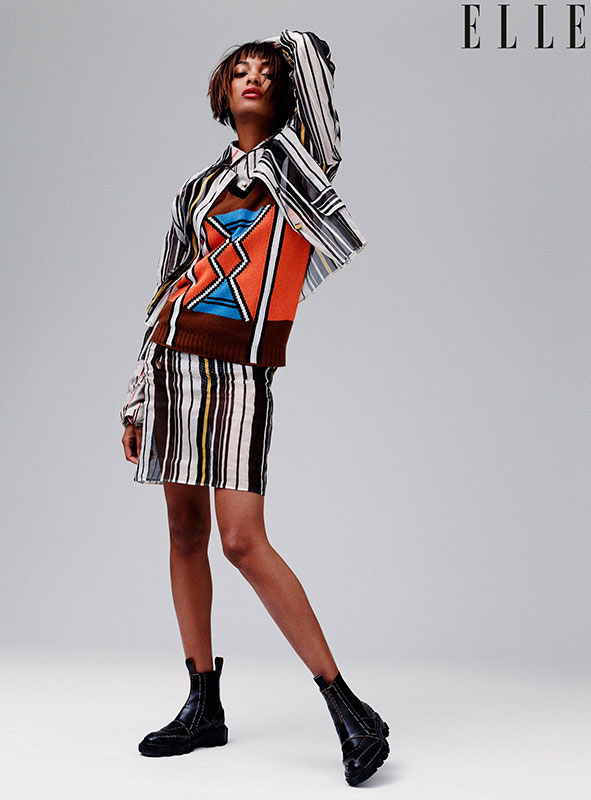 At this stage, the diversity problem in the fashion industry surprises no one,?but the statistics suggest that the problem isn’t going away anytime soon. During the Spring 2016 shows, The Fashion Spot reported that out of the 373 shows and 9,926 models who walked the runways of New York, London, Paris, and Milan fashion week, 77.6% were white.

Dunn’s comments come shortly after fellow British model Leomie Anderson spoke out about how ill-equipped she feels many make-up artists are to work properly?on those with darker skin.