Earlier this year we were all gleefully excited when Olivier Rousteing of Balmain announced his upcoming collaboration with H&M on the Billboard Music Awards‘red carpet. Balmain + H&M = a match made in collaborative fashion heaven. Models Jourdan Dunn and Kendall Jenner flanked the designer on the night and were the lucky two who got to wear pieces from the upcoming collection, due to hit stores on November 5th.

While we’ll get to see the full collection in all its glory at Paris Fashion Week next week, we finally get a sneak peak of what will be in store, thanks to the release of the ad campaign. And so far, it?looks amazing.

ICYMI: Balmain’s Olivier Rousteing On What Clothes Mean To Him 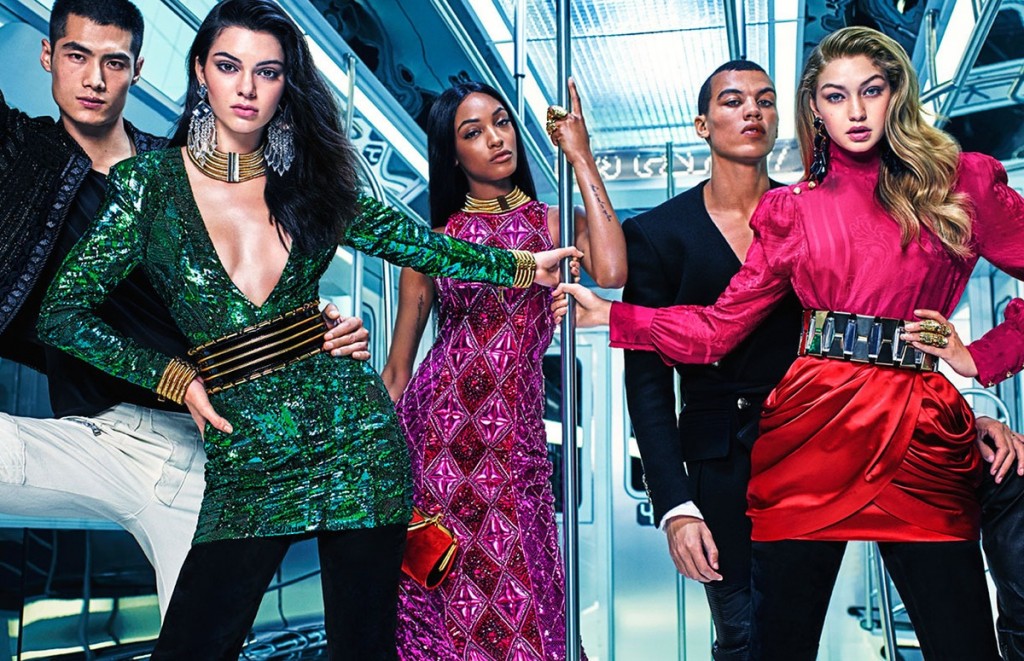 We’ve gotten a glimpse at the collection already – Gigi Hadid wore pieces from the line to Carine Roitfeld’s ?Icons? party with Harper’s Bazaar during New York Fashion Week – but now we have even more of an indication what the collab will look like in full. These are the first images from the Balmain for H&M ad campaign?to be’released, starring Kendall Jenner, Gigi Hadid, Jourdan Dunn, Hao Yun Xiang and Dudley O’Shaughnessy riding on an (impossibly clean) subway train. As you do. 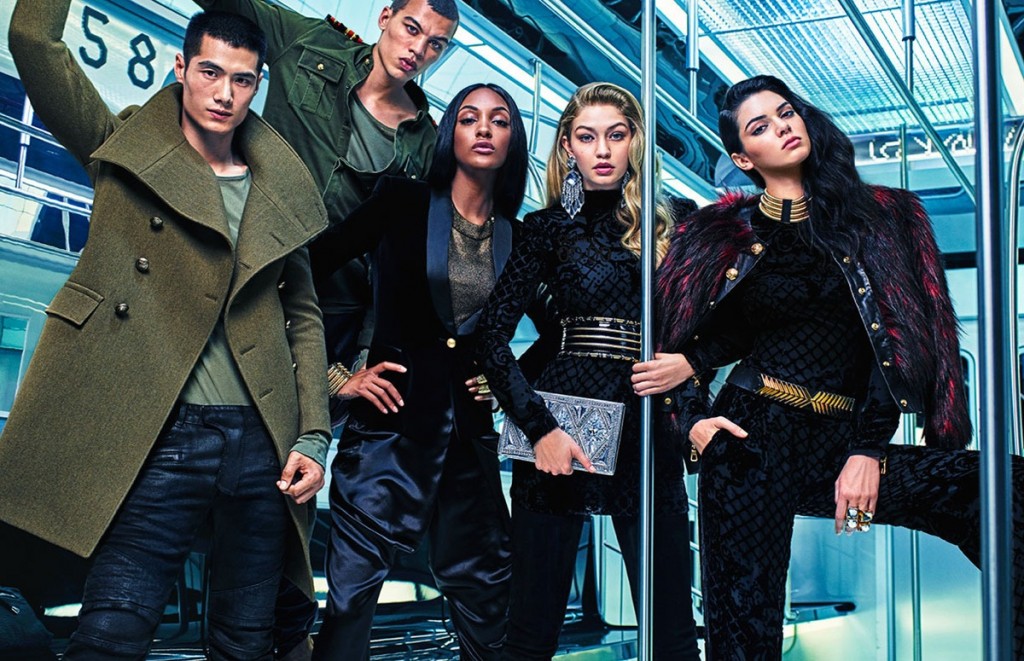 ICYMI: Balmain’s New Campaign Is All About The Jenners 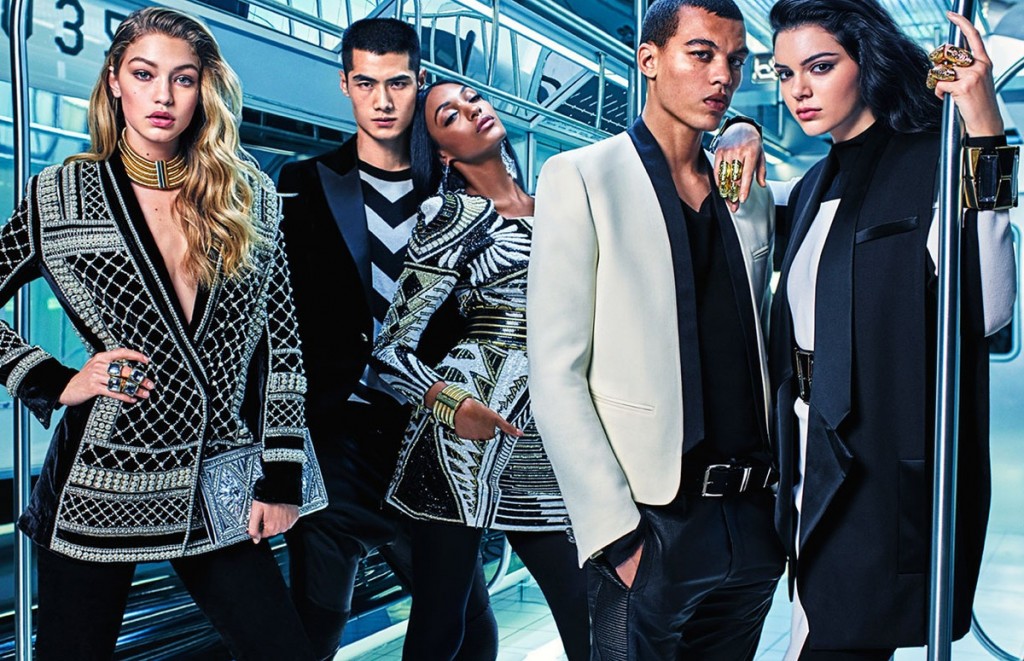 Fashionista reports that Mario Sorrenti, the same photographer behind Balmain’s family-focused fall 2015 campaign, shot the images, which highlight the bold, intricate beadwork and powerful, structured silhouettes for which the label has become known. There are a lot of strong colours used for the debut with H&M, and the trademark smoky, dramatic look that he featured in his previous campaign has been suitably toned down. 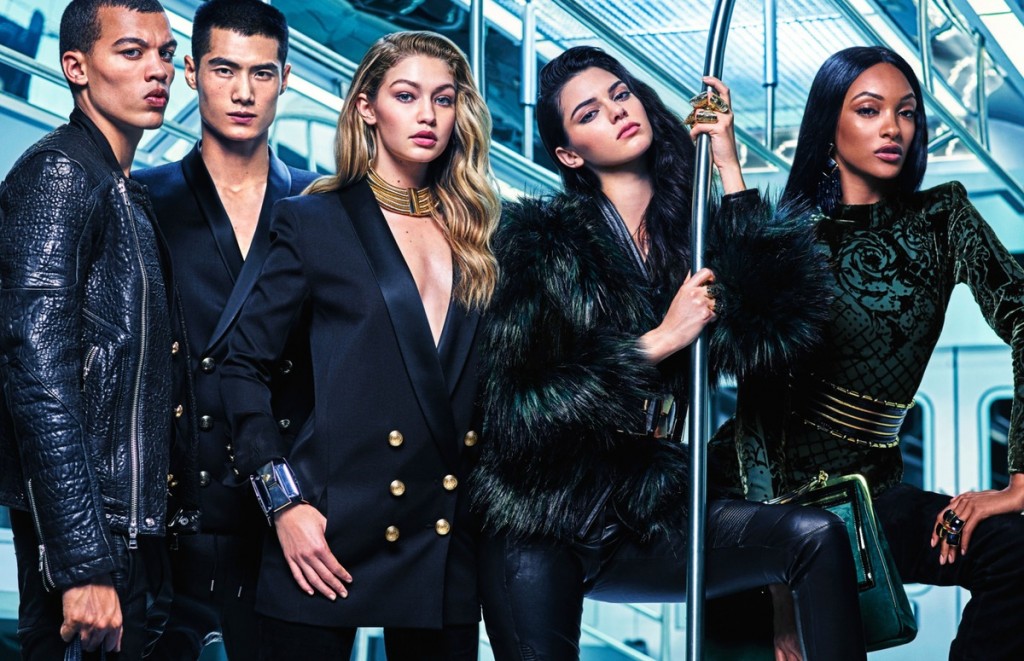 Past H&M collaborations have included similarly big names such as Alexander Wang, Stella McCartney, Isabel Marant and Versace. Like an invitation to a glamorous VIP party, the partnership allows the public to capture a piece of high-end design at more affordable prices. With limited quantities, the collections are in high demand and often sell out online within minutes. We expect no less come November but will be racing to nab at least one item regardless. 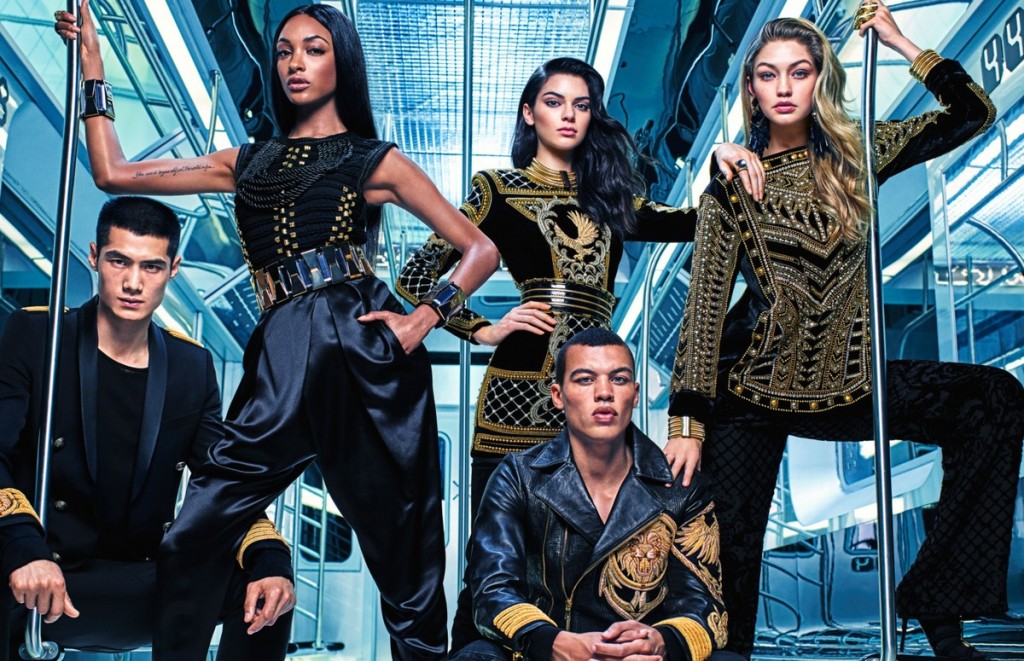