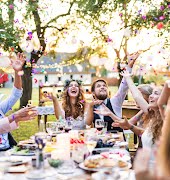 Gemma Williams is an Irish-born fashion writer and curator whose first book was released last year by Thames & Hudson. Fashion China is an illustrated look at China’s contemporary fashion scene and caught the industry’s attention with its stylish overview of a culture that is becoming increasingly accessible. Williams has worked with the Metropolitan Museum of Art in New York as well as Modemuseum on Antwerp and Irish Design 2015. She lives in London and is in Dublin this weekend to talk about China’s fashion industry as part of the Chinese New Year celebrations.

What inspired you to write the first English language book about Chinese fashion?

That’s kind of difficult to put into words as sometimes an idea presents itself and it forms without you even having to take stock. I was aware of something in the air over here in London, in terms of Chinese fashion designers, making waves and generally being really interesting. There was a momentum I suppose, particularly as I was also working at Fashion Space Gallery in the London College of Fashion and had presented a Chinese designer’s work, and this just set me on a path of thinking about the Mainland. A very quick survey will indicate that even now people don’t really know that much about contemporary Chinese fashion so I just thought well this could be something actually, as did my editor.

How did you choose the 41 designers that featured in your book?

I suppose if you take away all the extensive research in the preceding months, and the input of the panel, it came down to selecting what I thought was an interesting, representative and accurate snapshot of what is happening in the industry today. It’s similar to curating an exhibition. However, I probably had less control as the publisher also had input about the structure and editing process, as did the panel too.

What are the common misconceptions about Chinese fashion?

To be honest I don’t think a lot of people engage too deeply with fashion in China, so it’s not even that they have misconceptions that it’s cheap and mass-produced but they don’t really consider the topic, and part of this is simply down to the fact that China doesn’t have this recent history like Paris or Milan does. What is cheap and mass produced is the fast fashion that you have anywhere in the world, including in Ireland, but it is on a massive scale in China. In the last 5-10 years a lot of graduates tend to go back to the Mainland and might run successful business that we don’t necessarily hear about. Brands and designers can operate entirely exclusively outside of the Western system, and particularly now as we even see bigger brands writing their own rules over here (Burberry for example) there is even more reason for Chinese brands to forge their own path on the Mainland. The result of this is they don’t necessarily get the expose they might warrant over here and this just means that we tend to think about Chinese fashion less than we might over countries. I suppose the language barrier doesn’t help either.

Was the China: Through The Looking Glass Met Gala 2015 a good reflection of Chinese fashion?

There were a few incredible Chinese couturiers who are lesser known, two of whom I featured in the book, and so it was great that they got such widespread exposure. The show also featured more established designers like Vivienne Tam, but like most projects I think it’s incredibly difficult to curate a selection which satisfies everyone. There are many incredible designer who were excluded however that was the story they were telling in the MET and that exhibition was incredible in my opinion. It’s premise was also more about how Non-Chinese designers have been inspired by China, it’s history and Chinese aesthetics, so the priority was not to promote a cross section of designers operating in China.

What Chinese influences are inspiring designers in China??

I think this is really quite a personal answer for each designer which they do tend to keep fairly low-key however it was something I tried to explore in my line of questioning in the book to varying results. Some cite nature, mathematics or grandparents. Zhang Da from Boundless is interesting in exploring the differences between Chinese and Japanese fashion, and how this fits into Asian fashion, which I really admire, particularly as I find Japanese designers in particular quite fascinating.

Is Chinese culture an influence or do designers want to viewed beyond their Chinese identity?

This is still quite challenging, especially currently as travel and language means that Chinese identity and being Chinese is very fluid. A few designers didn’t want to be classified as Chinese, but many remarked that by their very birth they can’t deny their heritage, and it’s just inherent. I also think there’s a complete split down the middle with half of the designers looking West for inspiration and the rest looking inward.

How would you define Chinese fashion/style?

That’s the million dollar question and I don’t think it can be easily packaged, sadly. With a population of over 1.3 billion people there can’t do one definition of Chinese fashion or style like there has been in Japan for example. I like to think there they are fashion tribes, different groups which propagate particularly aesthetics, a giant kaleidoscope of styles perhaps?

Fashion curator sounds like the dream job. What advice would you give to an Irish girl aspiring to be one?

Come and work with me!

What’s your favourite exhibition you’ve ever worked on?

I’ve been lucky enough to work on a couple of really groundbreaking exhibitions, for example Hats An Anthology at the V&A was the seminal hat exhibition, while Savage Beauty at the Costume Institute was that rare, once in a life-time experience. Second Nature at Pitzhanger Manor Gallery was my first solo exhibition and that was a very personal learning curve which was invaluable.

You worked on the fashion archives of Alexander McQueen for the Savage Beauty exhibition at the Metropolitan Museum of Art. What was that like?

As I said above you just knew it was special and to be in the archive with all the collections, being able to photograph and document them was an entirely unique experience. It was both heartbreaking and mind-blowing. Then seeing the garments in situ, in what is the world’s most renowned fashion gallery, was very humbling.

As part of  Chinese New Year celebrations, Kildare Village are hosting a talk with Gemma A. Williams in the Irish Georgian Society, Dublin this Saturday. Renowned fashion editor Deirdre McQuillan will interview Gemma about her book Fashion China. For more information and tickets visit dublinchinesenewyear.com