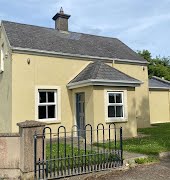 As fashion lovers, many of us fill our wardrobes with whatever we please. But do we really understand the full consequences of our fast fashion culture?

Okay, this is a copy; not real, but no problem,” says a heavy-set Cambodian man as I inspect a near carbon copy of Gucci’s well-known Dionysus bag at a thronged night market in the energetic city of Siem Reap. It’s a decent enough copy, but with no Gucci logo on the inside nor serial number on the underside, it will only fool the untrained eye. At an adjacent stall, a woman neatly aligns rows of “Chanel” diamanté-encrusted hairslides; she flogs them to tourists from China who pay three times too much. I walk past racks of stiff pleather loafers with plastic “G” motifs glued to the front and piles of gingham dresses similar to those from Molly Goddard’s SS19 show, only more crude. Another woman displays dupes of Kanye West’s Yeezy trainers. I hear her protest their authenticity to groups of young backpackers, despite the obvious difference in shape and colour and the overall recklessness of the finish. 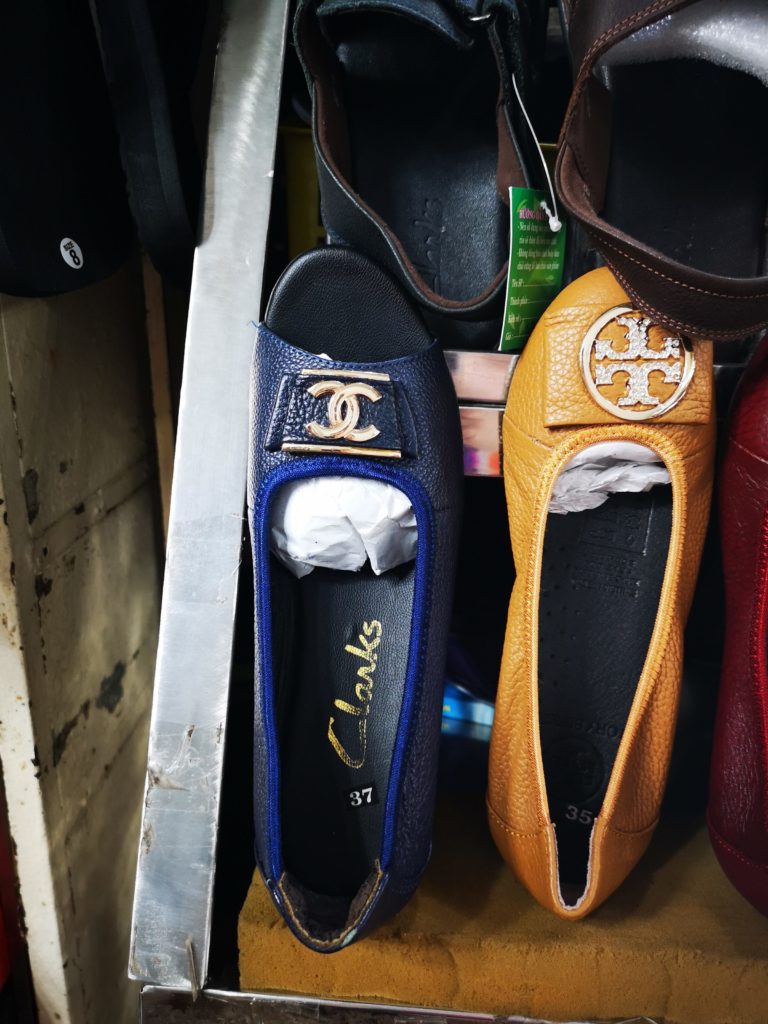 Fake designer shoes at a market in Saigon

Before my 90-day journey from Bali to Vietnam earlier this year, I considered myself clued-in about the impact of fashion on the environment. My personal style is colourful and maximalist, but in the past few years, I’ve learned to invest in quality pieces, and I buy as I need, not as I want. I packed meticulously and thoughtfully for this trip, creating a list in my head of essential items as well as pieces that would do double duty (Can that T-shirt be worn as a dress? Will that scarf double as a top?) and I ambitiously capped my luggage at 12kg to avoid over-packing and over-spending while away. I cared deeply about visiting these countries and leaving without a trace (thank you, soap bars, roll-on deodorant, reusable wooden cutlery). At the risk of pitching myself as some sort of fashion paragon, though, I was still sometimes seduced by the cheap thrill of a throwaway buy, popping into a high street store for tights on occasion and coming out with two bags of miscellaneous stuff.

But my three-month sabbatical broadened my perspective tenfold. The endeavours I was making at home seemed miniscule compared with the extraordinary amount of waste I witnessed. Serene shorelines were awash with bottles, packaging, fizzy drinks cans and torn polyester tops. I had anticipated partying well into the early hours of the morning before lounging on the beach all day. Instead, I joined other travellers in Ko Samui to collect discarded belongings along vast stretches of coastline; dancing all night was swapped for decontamination. The air smelled not of sweet frangipani, but of burned plastic. Fragments of it washed off my body in the shower at the end of each day. I connected with many travellers who felt as compelled as I did to help reduce the impact of foreign invaders’ (and locals’) shopping habits on this beautiful piece of paradise. For me, the trip went from being a backpackers’ holiday to something far more significant and impactful in jig time. 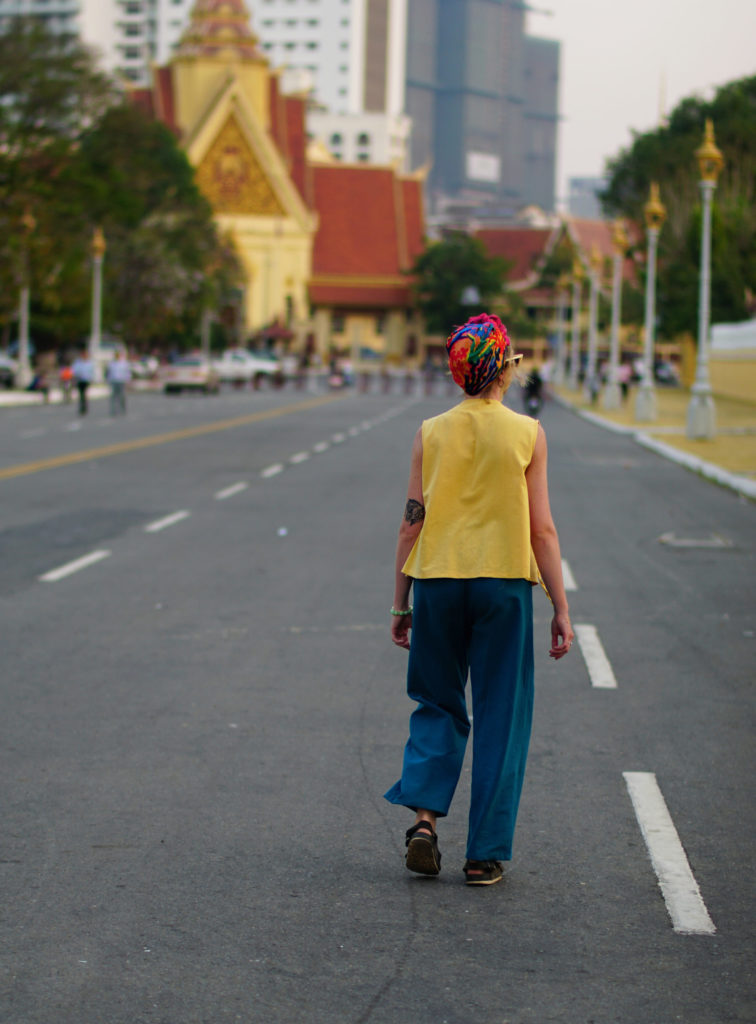 Niamh on her travels

The volume of clothes, footwear and accessories that is mass-produced, sold and eventually destroyed in this part of the world is overwhelming. Tourists who remain on the beaten track won’t see the mounds of waste that wash up on the pristine shorelines each morning. At what point did culturally rich but economically impoverished hotspots such as Thailand and Cambodia become the epicentre of counterfeit culture and fast fashion?

Like India, Thailand and its neighbours are easy options for manufacturing plants because of cheap labour costs and limited regulations. But a widespread lack of waste management facilities and poor environmental education has resulted in thousands of tonnes of clothes entering landfill every minute and contributing to the 1.2 billion in greenhouse gas emissions emitted by the fashion industry each year. Fashion accounts for eight per cent of the world’s carbon emissions – more than all international flights and maritime shipping combined. Right now in Cambodia alone, it’s reported that more than 48 per cent of waste is burned.

Heady marketplaces like the one described earlier were commonplace from Singapore, Kuala Lumpur and Thailand through to the border at Poipet and into Cambodia and Saigon. In one residential area on the outskirts of Phnom Penh, houses could easily be mistaken for mini factories. There wasn’t much to suggest these houses were homes – there were no soft furnishings;
no furnishings at all, in fact – save for a group of children playing on the floor with a stockpile of fake Fendi and Louis Vuitton bags and shoes waiting to be flogged at the next day’s market. I wondered despondently if this load of plastic was the family’s next meal ticket? 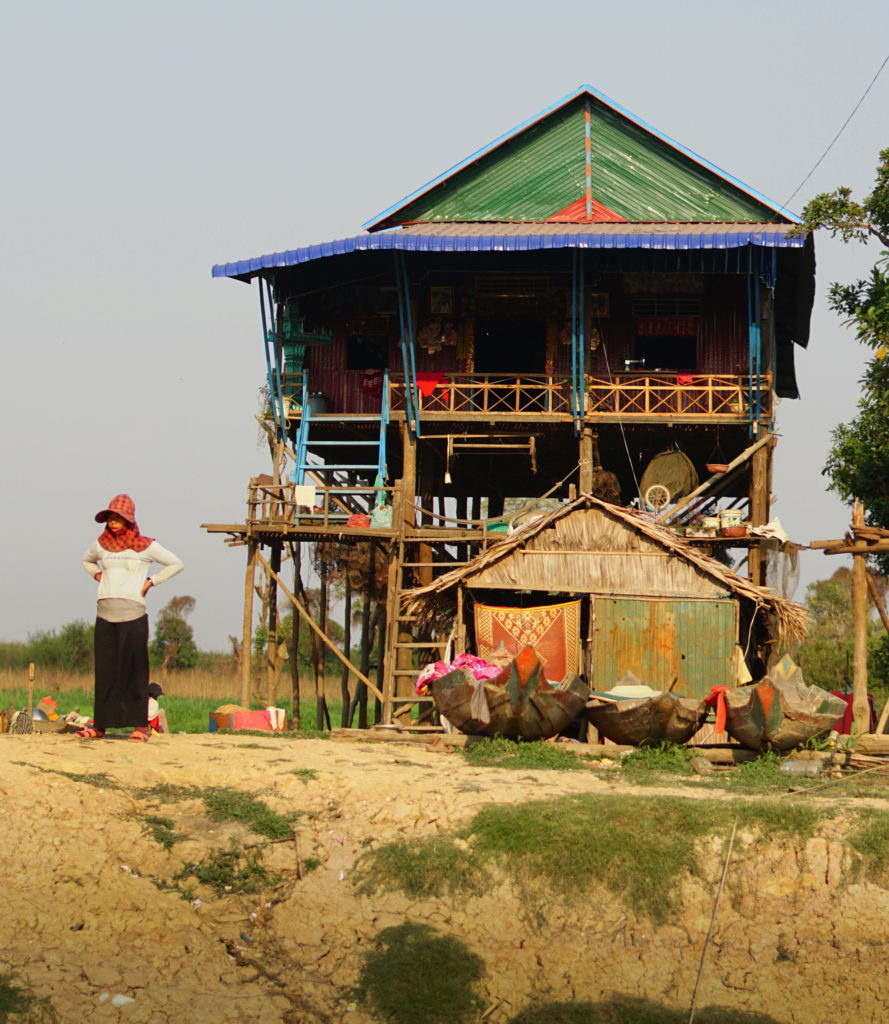 The statistics behind fast fashion make an impression, but the experience of it makes an indelible mark. Witnessing firsthand the cause and effect rewired my brain completely. Yes, I was a relatively conscious shopper before, but now it was simply impossible not to visualise in Technicolor the true cost and direct impact of kimonos and bikinis selling for just a few euro from every market and bodega in each town. Was the person who made them paid for his or her work? Could that individual support his or her children this way? Which landfill were the clothes eventually destined for?

Post-adventure, I feel absolutely compelled to question brands on their ethics. At a recent press event for a well-known high street label, I asked if the brand had any plans to introduce a sustainable clothing line or increase its ethical offering. I was disappointed but not wholly surprised to learn the answer was no.

I’ve been home four months, but the decision I’ve made to live with less is still energising, invigorating and empowering. I’m not estranged to the high street, but the thrill I get from discovering new, quirky Irish boutiques surpasses long queues and cramped changing rooms any day. And I think I’ve developed an emotional connection to my underwear like never before, having washed them in so many different bathroom basins.

Read more: Are you ever to old to wear a pair of short shorts?

Read more: Meet the Irish designer who made the gloves Madonna wears in her new video