It seems fashion industry critics are in a constant state of flux when it comes to the subject of the ?ideal? body type for female models. Many furiously protest when a model is asked to get ‘down to the bone? thin, and yet when another flaunts a curvier (and realistically attainable) figure, she is vilified for not upholding the ?normal? industry standards of a slimmer frame. When will the madness end? You’re damned if you do, and you’re damned if you don’t, so it looks like the criticism is to be never ending, which simply isn’t fair to the hard-working models trying to make a living.

Case in point, model Gigi Hadid. Hadid is one of the most sought after models in the business right now, having walked several runways at NYFW as well as fronting Balmain’s latest H&M collaborative campaign. By industry standards, she has a curvier figure than some in the fashion world (though she still looks teeny to us), and on the back of receiving online hate about this, she put an open letter on Instagram to silence the digital?bullies and body shamers. 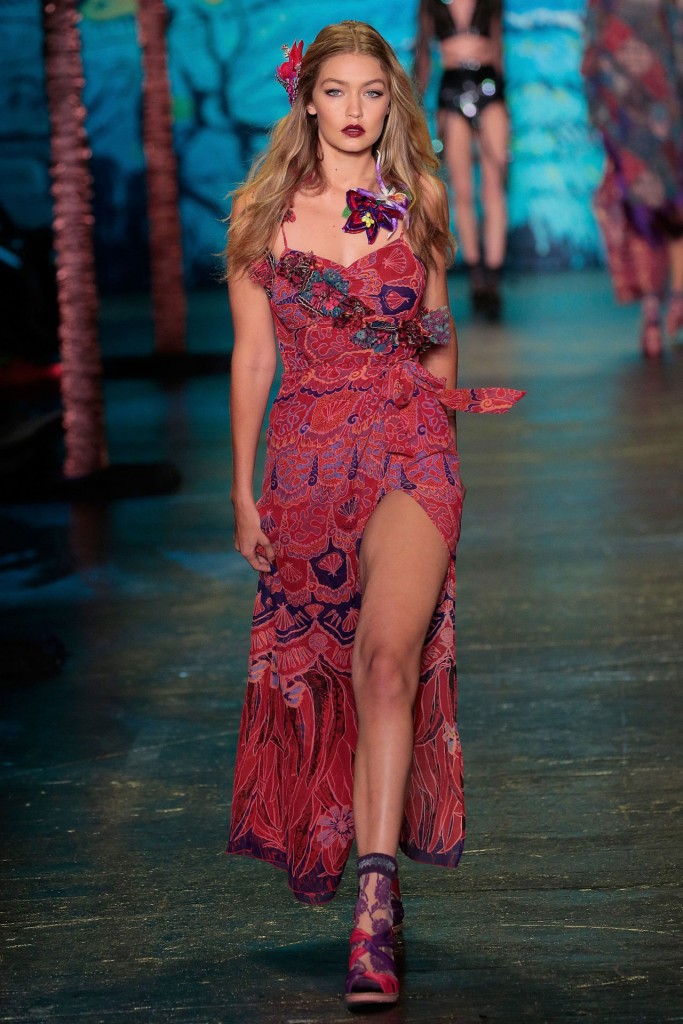 The top model acknowledged that her body type wasn’t the same as that of other models walking in shows. “Yes, I have boobs, I have abs, I have a butt, I have thighs,” she wrote. She said that she still fits in the sample sizes though and that she loves that she can still be sexy, but lashed out at those who constantly called her out for this, saying they had ?no idea what they were talking about.?

She added that any mean comments made little difference to her because without her body (of which she is extremely proud, and rightly so), she wouldn’t be where she is today. ?Your mean comments don’t make me want to change my body.?

Her post is in its entirety below and well worth a read:

Haters are always gonna hate and all that, but her words are absolutely on point; it is time for a change. What we need is more diversity in the fashion world: more realistic standards for women and more attainable figures, and she is cementing this by speaking out.

Hadid’s words are inspiring, and she should be applauded, not hounded for promoting a healthier ideal for women. And as she says above, if you don’t like it, buzz off and don’t follow her.