The Glambot was hard at work in the early hours as the world’s most famous musicians and singers gathered for the 60th annual Grammy Awards.

[What’s a Glambot you ask? Oh it’s E! Networks revolutionary 360-degree camera that gets us closer to Heidi Klum than we ever could have wished for]

Heidi Klum is forever in model mode and we’re here for it (especially with a dress like this) ? #Grammys pic.twitter.com/dlIuhqUIfX

The Grammys is known for providing some of the most outrageous red carpet moments, and last night was no different [ should you a gentle reminder this morning that this was where Lady Gaga graced the carpet in a giant egg in 2011]. Aside from the unconventional, there was also a plethora of elegance, grace, power suits, feather and studs and rhinestones present on the night.

There was speculation whether or not the Grammys would have a #MeToo moment just like the SAG and Golden Globe awards, which have been given a sartorial symbolic twist. Last nights chosen statement was a simple and elegant white rose and according to the NY Times, the move was a “last-minute push by behind-the-scenes music-industry professionals to come up with a gesture of unity” for this #MeToo moment. The simplicity of the rose juxtaposed the black dress-code at the Golden Globes but nonetheless speaks volumes. The white rose has historically stood for hope, peace, sympathy, and resistance.

The clear show-stopper on the night was Rihanna, who dazzled in an Adam Selman dress studded with 275,000 crystals. The star performed her hit song “Wild Thoughts” with DJ Khaled and Bryson Tiller in her custom Adam Selman after taking home the evening’s first award for Best Rap/Sung performance with Lamar for their song “Loyalty,” adding a ninth Grammy to her trophy case. 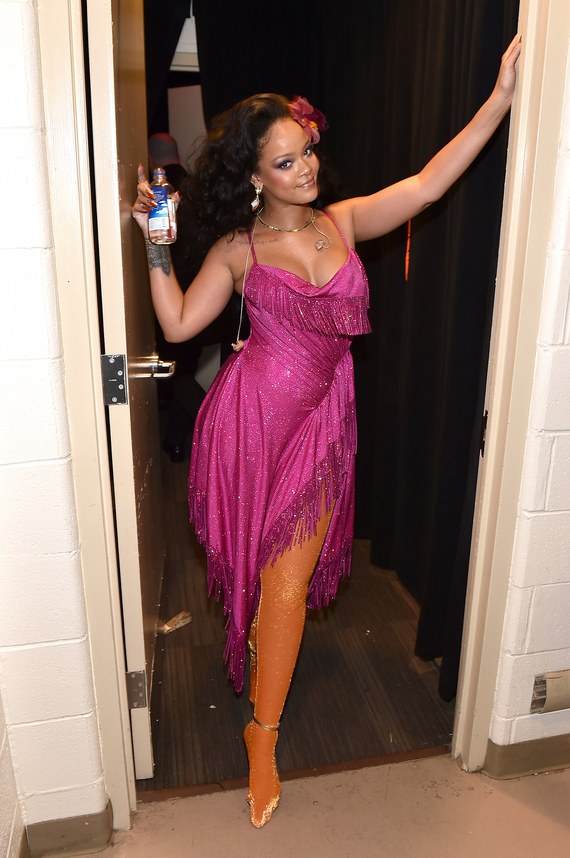