Eco-Fashion: The Fight For Green Dresses On The Red Carpet

Eco collections have become a regular part of the high street’s clothing output. Mango, H&M, ASOS and others have committed to toeing the ethical line when it comes to fashion, and we see pieces scattered around shops and runways. But rarely do we see them on a red carpet. And speaking of red carpets, the biggest red carpet event in fashion is less than a month away: The Met Gala. It is akin to a global’stage; watched by millions – much like the Oscars – and is an?ideal opportunity to highlight the importance of environmental clothing, but will we see a bevvy of ethically-made gowns on the night? It’s unlikely. Small collections from influential brands are great – and more celebrities such as Emma Watson are doing their bit to promote eco-fashion?-?but are these simply token gestures in a broken system, or are things getting better?

One particular campaign, Red Carpet Green Dress (RCGD) is?a sustainable fashion competition dedicated to dressing prominent figures at the Oscars each year – Naomie Harris, Emma Roberts and Gina Rodriguez are only some of the RCGD ambassadors in gowns through the years – made completely of ethical materials. Set up in 2010 by activist and actress Suzy Amis Cameron, the competition aims to?help make ethical dressing the rule, rather than the exception, on the red carpet. The basis for the campaign was to bring sustainability to the doorstep of the fashion industry and see it grow from there.

So, almost eight years on, how far have things come? 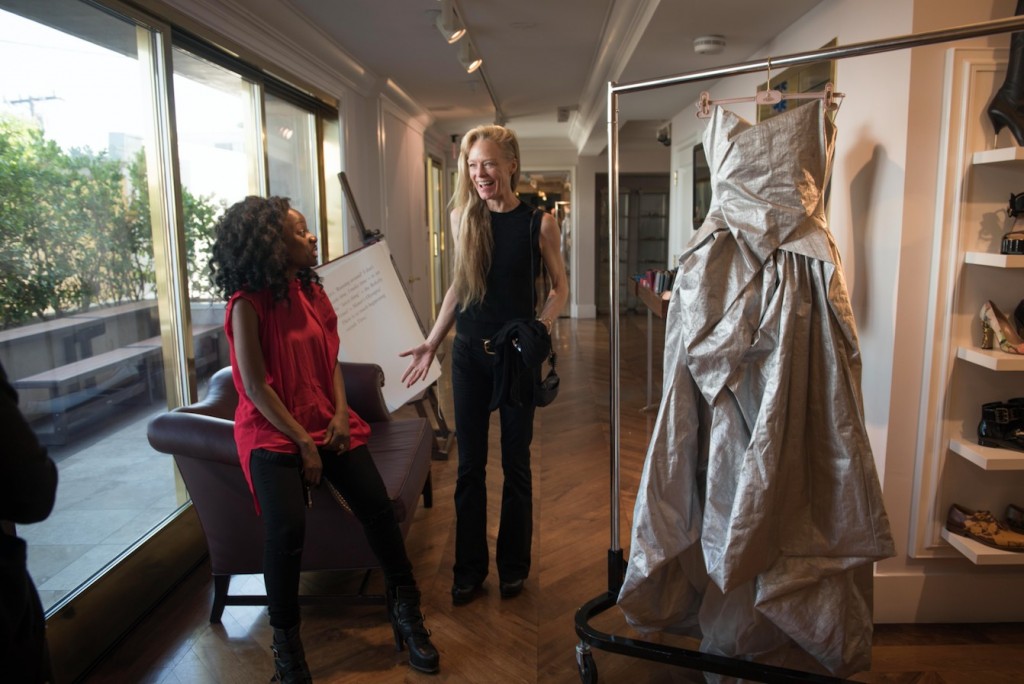 We sat down with Samata Pattinson, a British-born Ghanaian designer and campaign manager for RCGD (who won the competition in 2011) to talk about the campaign, the future of green dresses on the red carpet and why she feels much more has to be done to push the cause.

I got involved in RCGD because I loved the thought of connecting with a project that would really put the soul back into fashion. It isn’t an initiative that’s purely about fashion; it’s also about making an important social statement.

I won the RCGD competition in 2011.?(Her creation was a two-layered hemp silk and organic silk chiffon gown, hand-dyed with cranberries). And it was after this that Suzy and Jim (Amis’s husband, director James Cameron) asked me to be involved on a permanent basis. Designers and aspiring creatives across the globe, who work in the fashion industry enter each year and we work with them and respected brands and designers to ensure the gowns and tuxedos are of the right standard for such a high-calibre event. ?Around the middle of each year, we?begin getting ready to start again, and we normally have two creations out on the Oscars red carpet every year. 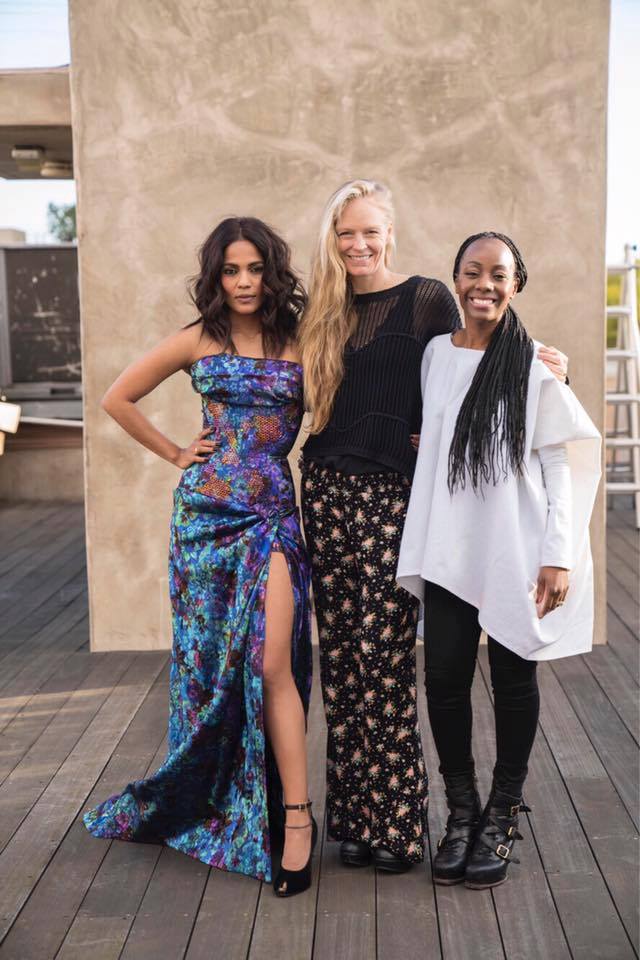 The campaign has evolved since it began several years ago. Initially, student designers?were tasked with coming up with a tuxedo or gown through up-cycling, reconstruction, zero-waste patterns and natural dye methods using organic, sustainable or recycled materials and that still stands, only now it’s more streamlined and we also collaborate with a more experienced designer who supports and links in with the student. 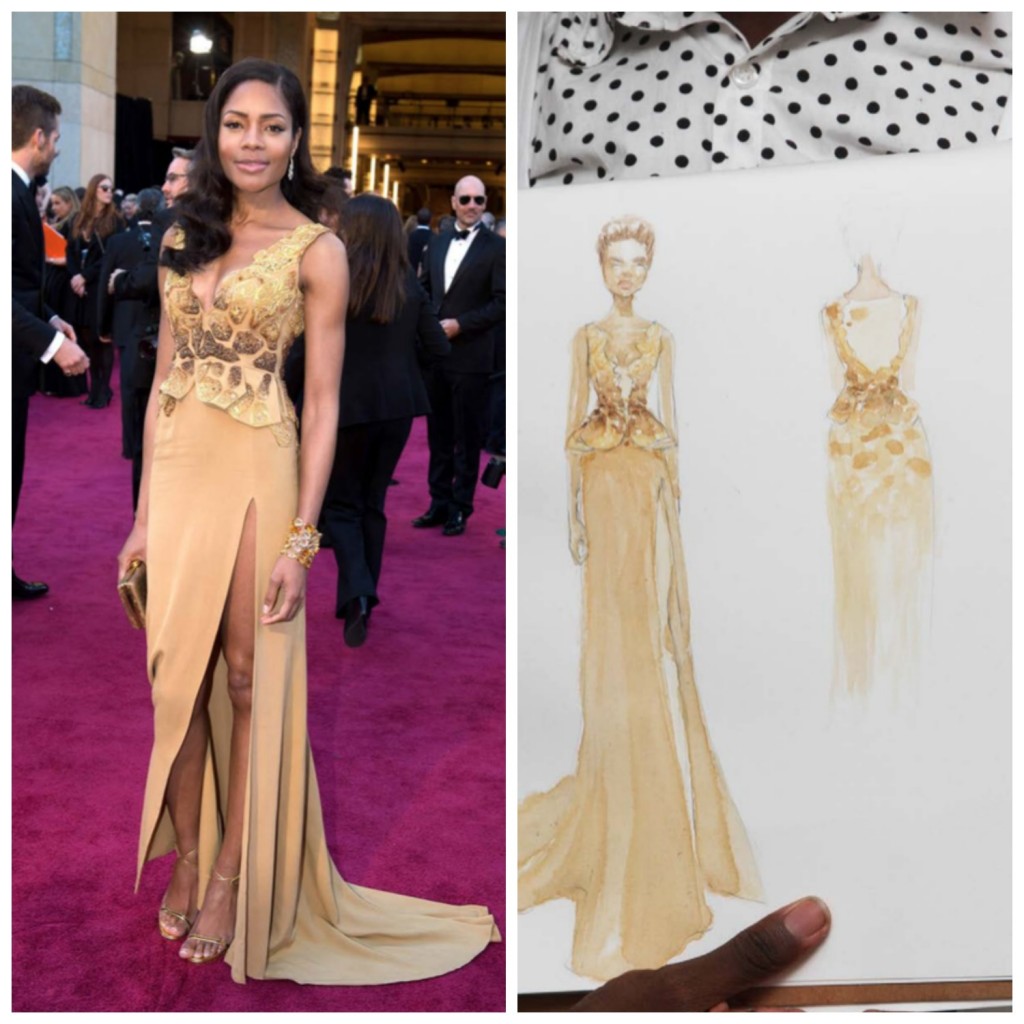 Environmental fashion is gaining momentum, but I don’t see a massive impact since RCGD was founded. There has been a global shift of sorts in that more brands are getting on board with the concept, but there’s still so much to be done. We’re still pushing for consistent, environmental fashion to get out there in a way that’s accessible?for people.

There’s no point having eco-friendly’red carpet or runway clothing that people can’t access. It defeats the purpose. So it’s important to have a mix of high-street and designer clothing available. Stella McCarthy does a lot in terms of this, which is brilliant, but we have to remember that not all consumers can afford to buy Stella McCarthy. 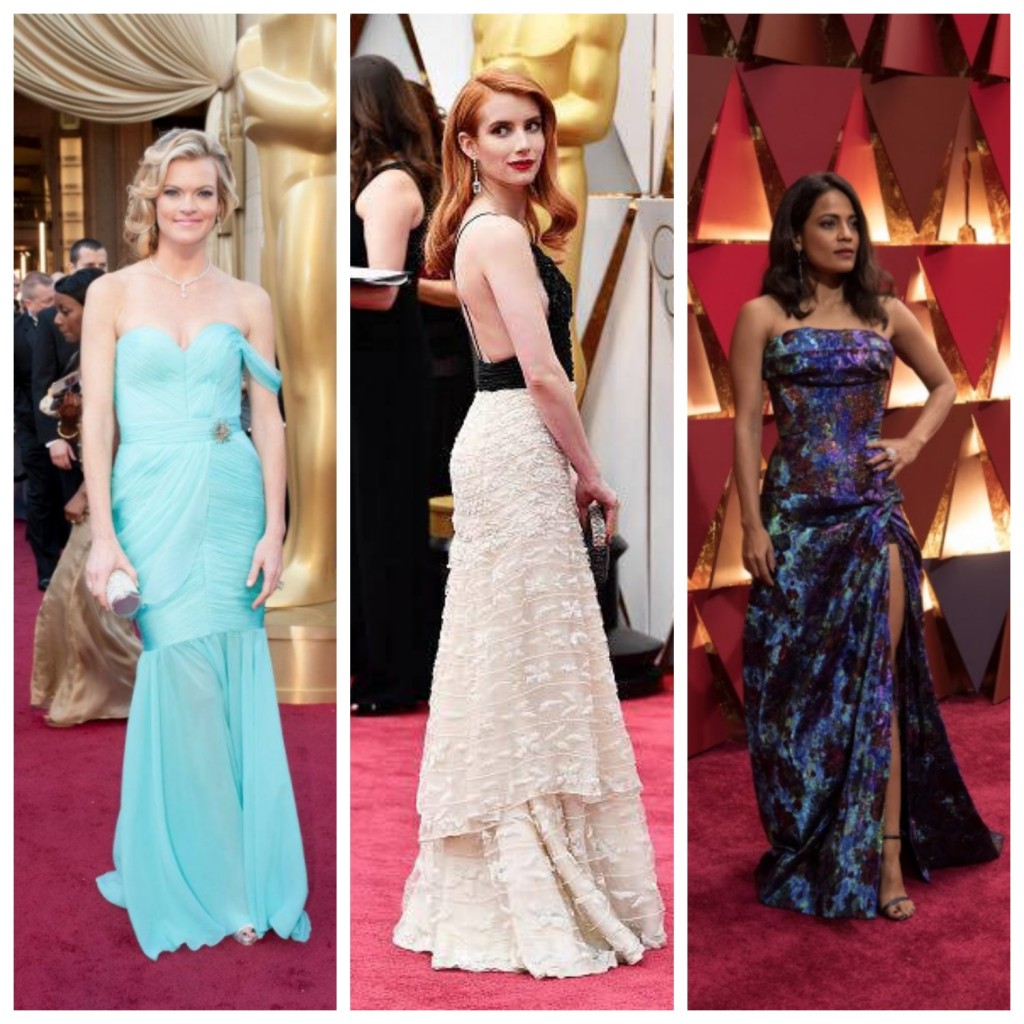 A selection of the RCGD gowns through the years

The reason we don’t see more sustainable fashion in the industry? Unfortunately, I think it’s due to laziness. When it comes to using ethical materials and produce there are really no limitations as to how creative you can get – it just involves thinking outside the box. ?Yes, it can be time-consuming and take longer to create because you have to challenge yourself, but it can completely be done on a large scale. And depending on what you’re creating, it doesn’t have to cost the consumer more either.