How Gucci has reinvented old-fashioned ideas about beauty

The influence the fashion industry has on a woman’s perception of beauty is enormous. Thankfully, designers are now beginning to value personality over perfection, says MARIE KELLY.

Each decade, the fashion world is in thrall to a different definition of beauty. In the 1960s, women aspired to Twiggy’s Bambi eyes and pixie crop – the teen model made quirky covetable for the first time – while in contrast, Farrah Fawcett’s glossy-lipped, good-girl image gave her an accessible sex appeal that transformed her into a global pin-up throughout the 1970s.

The first cover of British Vogue in 1990 featured the five big “Supers” – Naomi Campbell, Linda Evangelista, Tatjana Patitz, Christy Turlington and Cindy Crawford. This was the decade of Amazonian bodies, symmetrical features and unfettered flawlessness. Beauty was something confined to the narrowest of categories and only the truly blessed could squeeze in. And the clothes were as aspirational as the supermodels that showcased them.

For his AW91 runway show, Gianni Versace sent Linda, Cindy, Naomi and Christy (decades before Gigi and Kendall, these supermodels had no need of a second name) down the runway in thigh-high leather patent boots, micro-minis, sculpted corsets and cinched-in waists. This was fashion for the fast set, no question, and it reflected the start of the unparalleled prosperity of the 1990s; the Celtic Tiger was rearing its ugly head in Ireland, and in the United States, the economy grew by an average of four per cent each year – different fashion for very different times.

There are two things we know for certain about the fashion industry: it never stands still and it enjoys a good backlash. Backstage at his AW17 runway show, Gucci’s Alessandro Michele declared, “I think the era of  models is ended”. Almost 25 years after Versace’s iconic supermodel show, which fashion critic Tim Blanks described as symbolising a whole new era in a way that fashion models never had before, Michele has garnered the same level of attention and success for the Gucci brand by, ironically, casting aside the “perfect girls” and instead recruiting an unlikely line-up of characters, from glasses-wearing models to others with shaved heads and bluntly-cut mullets. The old cliche that beauty is in the eye of the beholder may finally be true. 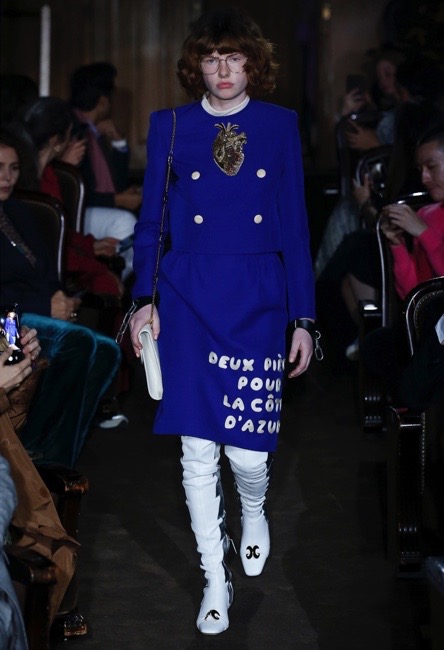 How the fashion industry views beauty, what it perceives to be beautiful, is absorbed by every woman’s subconscious as quickly as luxury designs are by the high street. But models are not chosen for runway shows in a vacuum; the fashion dictates the faces. Over the past couple of years, brands including Off-White, Hood by Air and French fashion house Vetements have also begun to redefine the kinds of faces we consider runway-worthy, as well as the kind of fashion. “Real world” clothes, including anoraks without a hint of irony and hooded sweatshirts that look like they’ve been swept off the floor of a boys’ locker room, are worn by models with quirky, characterful rather than quintessentially beautiful faces. Hair almost never looks styled (or even groomed), there are no alluring red lips or elaborate cat eyes. The look is raw and undoctored. 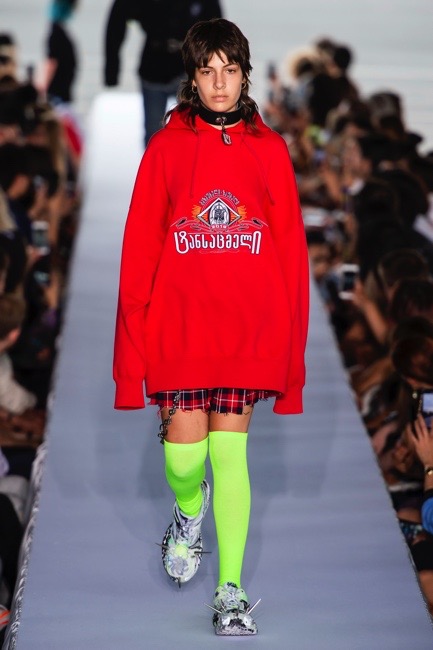 Alessandro Michele maintains that his Gucci “faces” are a way to show humanity. Well, fashion has always been a cultural signifier, a reflection of the zeitgeist, and in this apocalyptic era of Donald and Melania Trump, people are seeing the beauty in humanity, in personality and in naturalness, and the honesty associated with those traits. Melania’s model looks may have got her to first base as First Lady, but they’ll never win the Slovenian native the kind of home run that Michelle Obama’s engaging personality and sense of humour scored her in the same position. That kind of perfection is now passé, and more than a little boring.

Boyish-looking girls (Balenciaga, Haider Ackermann) and delicate-featured boys (Gucci, Vetements) on the catwalks are a further reflection of today’s “humanity”. There is a new fashion narrative, and it explains quite simply that there is no longer just one acceptable version of what constitutes male or female, nor a single vision of beauty. The runway is finally becoming a reflection of our reality. Perhaps this is why several labels have amalgamated their mens and womenswear shows. Who is to say which one is which? Traditional fashion categories now have question marks all over them. 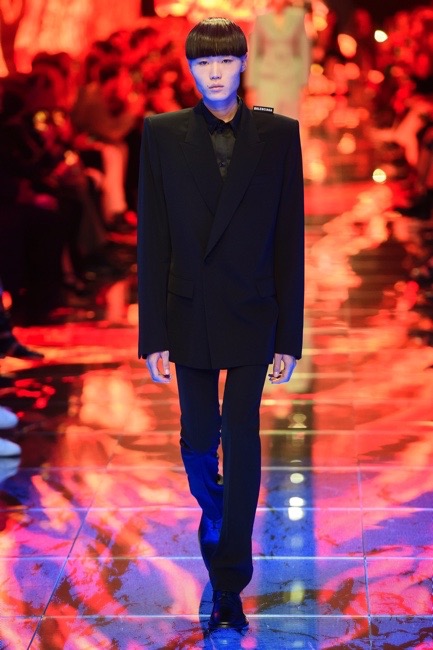 For the past few seasons, those traditional images of luxury, glamour and exclusivity pedalled at fashion weeks have been slowly subverted. The extraordinary worlds of Milan, Paris, London and New York have been infused with the mundane and the ordinary… and both fashion insiders and consumers can’t get enough of it (watch how quickly a backlash becomes a bandwagon).

Alessandro Michele’s repositioning of Gucci as something more than just a luxury label has made the heritage brand the runaway success story of the past few years. He’s given the brand back personality and heart, not just by casting eclectic-looking models, but by drawing inspiration from an entire encyclopaedia of sartorial references that any number of us can identify with. Just as the beauty myth that perfectionism is a woman’s benchmark is being exploded, so too is the old-fashioned idea that luxury fashion is austere and elitist. The industry is finally giving a voice to the message that both fashion and beauty are really all about individual style and personality.