Supermodel Cindy Crawford may have just turned 50, but she’s looking better than ever as her latest Vogue cover will attest. And she’s not going it alone this time as she’s joined on the cover with her 14-year-old daughter slash doppelg?nger Kaia Gerber. This was clearly no ordinary mother-daughter day out.

The cover sees the two generations styled like twins as they pose in matching?Courr?ges?leather jackets and hoop earrings. The young model obviously got her mother’s genes. According to US Weekly, the cover, shot by renowned?photographer ?Mario Testino is a symbolic gesture for the famous family. ?Crawford said previously she’s ready to leave modelling behind, and it’s clear her daughter is prepared to carry on her mother’s legacy; she recently signed with IMG Models and had featured in?Teen Vogue, Vogue Italia and an Alexander Wang campaign.

“Cindy Crawford’s daughter, Kaia Gerber, the resemblance is striking. They share the same brown eyes framed by thick brows, the same show-stopping smile, the same cascade of hair and physique that would make Barbie envious. She’s a carbon copy of her mother at the same age, the original supermodel in the 1990s,” said Emmanuelle Alt, Vogue Paris?Editor-in-Chief of the shoot.

They have said it will be their first and only cover shoot together so that Gerber can focus on?her own career without always being billed as a double act with Cindy.

Crawford has passed on many pearls of advice to her children as they enter the industry (Crawford’s son apparently wants to model also), saying in an interview with the Coveteur: ?[I tell my children], treat it like a job and be professional. I think that applies to any job but I sometimes think in fashion, you’re so young going into it, you forget it’s a business,? she said. ?Show up prepared, show up on time and ready to work. Don’t be on your phone, don’t be distracted, and don’t be tired.? 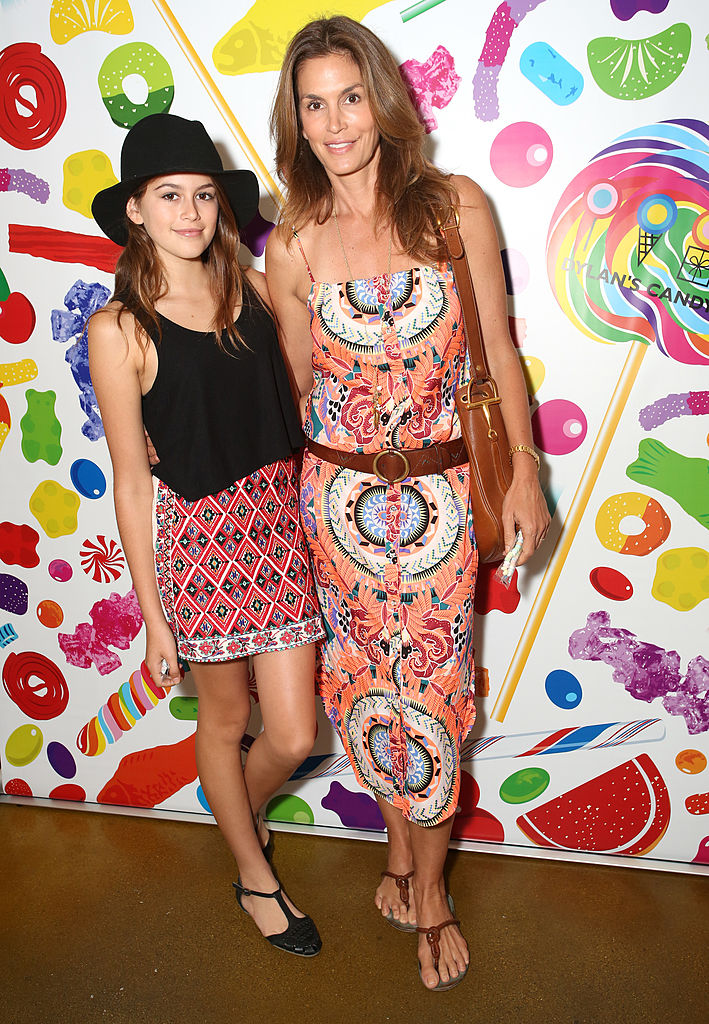 Her daughter’s first major modelling gig was for Versace at just ten years old, however,?Gerber also has ambitions to become an actor, thespian and dancer. According to reports, she is already auditioning for roles in Hollywood.

“I like to explore beyond who I am so I can feel for other people,” the teenager said. “When you become someone else, you better understand others.”