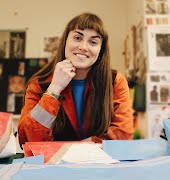 The impressive, Irish innovators leading the way in sustainable fashion

Chain reaction: How chainmail became the new normal in fashion

Not since 2017, or rather 3 BC, has so much chainmail been seen. Here’s how body armour became the go-to aesthetic of the body-conscious Instagram set

When Kendall Jenner attended her 21st birthday two years ago, her barely-there sliver of a dress made headlines the world over. To celebrate the turning of age in the States, the reality starlet opted to wear a $9,000 custom-created chainmail dress reminiscent of the same one that Paris Hilton wore a decade earlier.

The dress not only sent eyebrows raising and tabloids alight, but it also led to a resurgence in interest around chainmail. While Jenner’s leave-nothing-to-the imagination dress was certainly considered “unwearable” among most mere mortals, ironically that’s exactly what legendary designer and chainmail obsessive Paco Rabanne had named his collection — Twelve Unwearable Dresses — when he unveiled frocks constructed from metal back in the 1960s.

These days though, Paco Rabanne’s disco-tastic skirts and dresses (as seen below) are tame compared to some of the trends that Instagram has brought to the fore. Still, the label’s creative director Julien Dossena knows to keep the dancefloor-ready garments as an integral part of his collection half a century later, particularly now that they’ve found a new fan club among social media influencers.

Chainmail also had its moment at the 2019 Met Gala, (where the theme was Camp: Notes on Fashion), where Gemma Chan, Sienna Miller and Tilda Swinton leaned into the theme by wearing shimmering metallic numbers.

On the catwalk, emerging ‘It Girl’-approved brands like Attico and Area played around with slinky chainmail and rhinestone accessories in their collections throughout last year. And Paco Rabanne continued peddling its hit €3,000 dresses; because if it ain’t broke, don’t fix it.

The trend steadily filtered down to the likes of ASOS, Boohoo and PrettyLittleThing, who copied variants of Jenner’s birthday dress (it’s still available, though not for the faint-hearted) while also crafting everything from chokers and belts to clutch bags out of the medium, giving it a sexy new guise.

Maybe it’s just a coincidence that battlefield-ready chainmail is a signifier of protective armour, strength and war. Either way, its current omnipresence certainly feels fitting for the tumultuous times we’re living in.

Although, then again, perhaps the Instagram set just want to wear something they can use the Kira Kira app on.

Read more: ’90s-style leather blazers are back and cooler than ever

Read more: These are the five biggest wedding trends for 2020