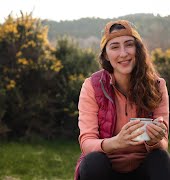 ‘Nothing prepares you for the yearning that comes when you want to have a baby...

Madonna – the woman, the icon, the Queen of Pop, turns 60 today. Since raging her way onto the music and pop culture scenes in the 1980s, Madonna has held the reigns of trend-setting pop for almost 40 years, and even now on her 60th birthday, she’s showing no signs of slowing down.

Pearls, lace, big hair, provocative makeup – every trend we think of when we think of the 80s is down to Madonna. Her mold-breaking style was instrumental in her meteoric rise to success, with every fan wanting to emulate her iconic looks.

To celebrate today’s occasion, we’ve whittled our all-time favourite Madonna looks down to just five – it wasn’t easy, let us tell you! But we think you’ll enjoy the trip down memory lane…

Right from when she first appeared on the music scene with single Everybody in 1982, Madonna was setting fashion trends. Her signature 80s look of stacked bangles, loud makeup, scrunchies, workout clothes and attitude cemented her as ‘one to watch’.

Emulating the equally-iconic Marilyn Monroe in Gentlemen Prefer Blondes, Madonna made the pink satin ballgown and diamond jewellery all her own in the video for hit song Material Girl. Here, she showed that she wasn’t afraid to shout her desires from the rooftops – money, diamonds and having fun.

Inspiring Halloween costumes for decades to come, Madonna’s Jean Paul Gaultier cone-shaped bra spawned what was perhaps her most iconic look. The conical corset set the stage for her wildly popular 1990 tour, and also for a lifelong relationship in fashion with Gaultier, who most recently dressed Madonna for the 2018 Met Gala.

The diamonds. The red lips. The lace. The poses. Madonna’s video for Vogue in 1990 cemented her as a pop legend, along with the other countless icons named in the song. The singer is credited with bringing ‘vogueing’ to the mainstream, which had been evolving in New York dance halls since the late 1960’s.

Often credited for her fearlessness with fashion at any age, Madonna’s look for Hung Up was the comeback to end all comebacks. Harking back to her original looks of leg warmers and 80’s spandex, Hung Up gave the Queen of Pop a modern makeover – and people liked it, with the song becoming a major hit all over the world.

Laptops at the ready, it’s time to sign up to...