attends the 2016 CFDA Fashion Awards at the Hammerstein Ballroom on June 6, 2016 in New York City.

Alessandro Michele has been to Gucci over the past couple of seasons what Alber Elbaz was to Lanvin ten years ago. Michele has brought the Italian luxury label back to the forefront of the fashion conversation in fewer than five seasons.

More than a decade ago, Elbaz gave the ‘sleeping beauty? that was the house of Lanvin the kiss of life via exquisite dresses that draped a woman’s body beautifully. In contrast, Michele has reinvented the Gucci woman as a nerdy, bookish type who favours geek chic over grandiose gowns. Elbaz honed in on a woman’s desirability, while Michele focused on her personality. Of course, there’s always more than one fashion narrative being spun at any given time, and in complete contrast to Gucci’s magpie maven is Saint Laurent’s disco queen. She’s a super-charged, va-va-voom vixen who’s going to party like it’s 1999. And we love her, but…

Maybe it’s the season that’s in it – Christmas brings out the inner romantic in most of us – or perhaps it’s the fact that utilitarian pieces such as polo-necks, puffas and joggers feature so heavily in our closets right now, but what many of us covet this month is some sort of sartorial hybrid – a glimmer of Gucci’s smarts with a little of Saint Laurent’s sexiness and a dose of Lanvin’s desirability. While Alexa Chung has the exotic looks and foal- like limbs to make a tea dress and T-bar sandals look super-sophisticated, I do not. I would simply look as if I had been unwittingly dressed by my mother. Nor do I have the adrenalin-fuelled personality to convincingly pull o a Studio 54-style velvet mini-dress with bold shoulders (or the legs, it must be said).

But thankfully, designers such as Ermanno Scervino, Francesco Scognamiglio and Reem Acra are gently enticing us with a more restrained kind of erotica that doesn’t rely on acres of leg or body- baring dresses, but does require a brain as much as it does a body to get right. is subdued sexiness is about offering the unexpected in terms of what you bare and what you don’t; it’s about the subtle balance between sexy and slouchy; and it’s an understanding that sultry has many more incarnations than simply a flash of bare flesh.

Of her AW collection, Reem Acra said, ?It’s the woman we all want to be. It’s a very seductive collection.? And it is, but what’s made it so is not the slinky black slip dresses or bare de?colletage, but rather the amount of flesh that’s veiled through thin layers of lace, sheer, fringing and frills. Light-reflective metallic fringing hung from the elbows of one gown to reveal a fleeting suggestion of wrist, and swung from the skirt of another to tentatively titillate with a touch of thigh. But just as quickly, those ashes of flesh disappeared, hidden once again behind Acra’s cleverly teasing tassels.

The designer toyed with our expectations constantly: strapless dresses, in fact, had wrist-to-elbow-length sleeves, Victoriana-style necklines were punctuated with peek-a-boo cut-outs, and full-length skirts were violated by transparent panels. Acra played a game of hide and peek. 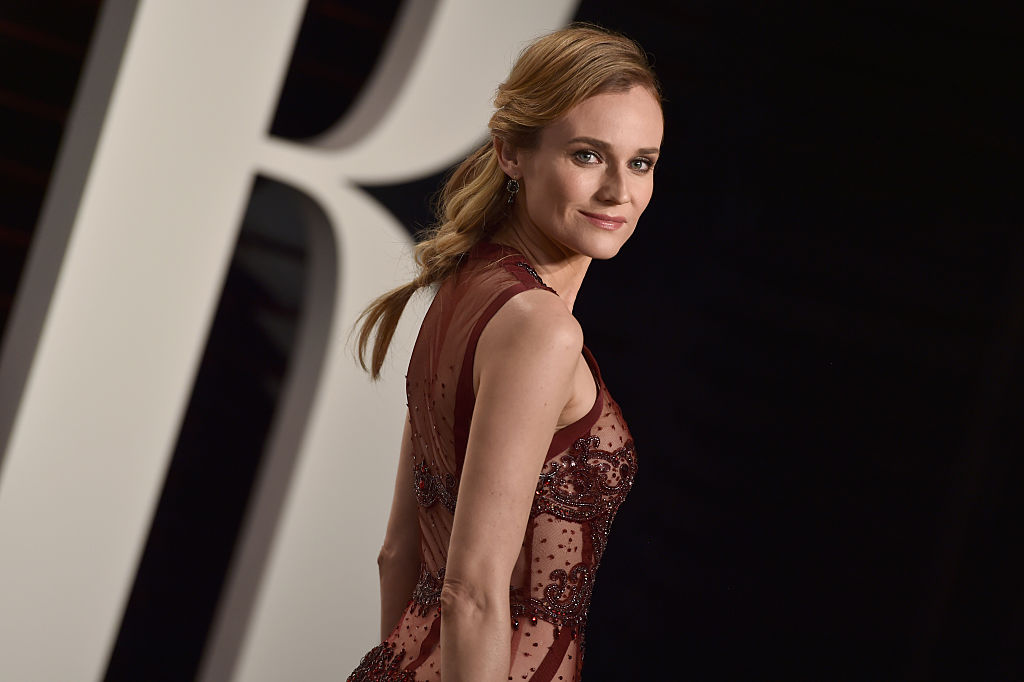 But does runway always translate to reality? In this case, yes. Actress Diane Kruger personified this modern sexiness in a burgundy crystal- embellished Reem Acra gown at this year’s Vanity Fair Oscar Party. Dubbed by Vogue.com as ?the naked dress?, it was, in fact, an artful demonstration of how a woman can look incredibly sexy without revealing much more than her arms. e column gown made occasional concessions to bare flesh, but always beneath a veil of sheer chiffon. And Kruger, being the thinking woman’s style icon, was smart enough to know she’d given enough away. Her jewellery, hair and make-up were noticeable only for being beautifully discreet.

Kruger looked sexy without being vulgar, and that’s the crux of it. The obvious equation of legs and/or cleavage equals sexy just doesn’t add up anymore. Fashion likes to be anything but obvious, and modern sexiness is more nuanced, and more playful, than that. The rate at which the trend for sheer has filtered down to the high street is dizzying, and testament to the appetite among women for something other than the formulaic slits and slashes that hang limply on store rails at this time of year.

Another designer with more on his mind than plunging necklines and sensational splits is Antonio Berardi, the designer who created the dress with see- through sides worn by Gwyneth Paltrow to the Iron Man 3 premiere three years ago (Paltrow appeared on hundreds of newspaper covers the next morning because of it). Berardi understands that exposing the skin
in less obvious places is what elevates an item of clothing and gives it a fresh modernity.

For his current collection, he also took traditionally masculine elements such as metal rivets and pockets and used them to build sensuality and femininity rather than dilute it. For instance, three cleverly placed vertical lines of rivets defined the fit and flare silhouette of a black gown, while a nude dress with lace overlay was unexpectedly punctuated with boyish side pockets. They injected just the right amount of slouch to create a compelling contrast that equates to this cool new aesthetic. 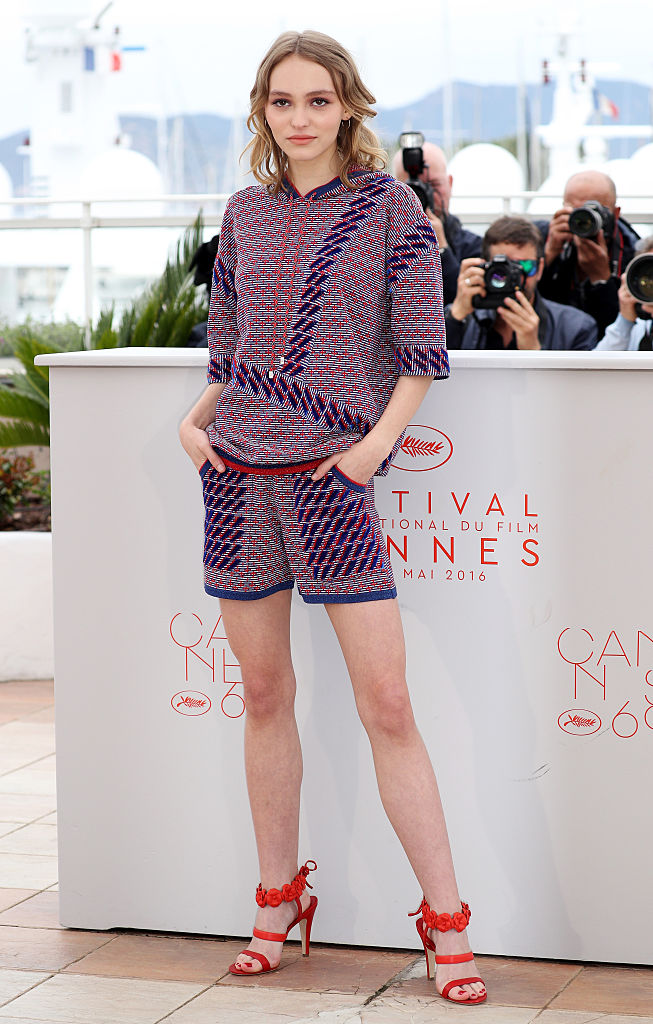 Nobody represents this new subdued sexy better than actress and Chanel ambassador Lily-Rose Depp. If Cindy, Claudia and Naomi, with their racehorse-like limbs and enviably glossy manes, embodied the strong and unapologetic sexiness of the 1990s, Depp is a muse for a much more modern aesthetic, one that is softer, and smarter. At the Cannes Film Festival this year, she went completely off the sartorial script by wearing a Chanel hooded sweater and matching shorts. With a vibrant red heel and smoky eyes, she looked fearless, completely owning the look. And what could be sexier than that?

This article originally appeared in the December issue of IMAGE magazine.