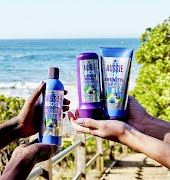 British Vogue has finally found a new editor in chief, and we’re very excited to see what he will do.?

Earlier this year, it was announced that long-standing British Vogue editor Alexandra Shulman was to end her 25-year reign as supreme British fashion overlord. After a long and anticipated wait, it was finally revealed today that British fashion’stylist and director Edward Enninful will attempt to fill Shulman’s very big shoes come August.

On the outset, it might seem dramatic and unusual to place a man as chief of England’s (and indeed the world’s) most influential female-focused fashion magazine, but the magazine is indeed in very safe hands going forward, and we’re excited to see what positive changes lie ahead for the Cond? Nast title. The move marks a huge shift in the fashion industry and echoes a move towards inclusivity. Here are five quick things to know about the upcoming editor-in-chief Edward Enninful.

1. Influential stylist and director Edward Kobina Enninfu was born in Ghana but grew up in London and has acquired over 30 years’ experience in the fashion industry. He was catapulted into the fashion scene at 16 when he did a brief stint as a model after being scouted on the train in London.

2. His attention to detail, passion, and drive to work in the fashion industry landed him in a major directing role at I-D magazine at the tender age of 18. His signature style was edgy, new, and fierce and he was a recognisable face in the British streetwear and the grunge culture of the 1990’s.

3. Enninful is no stranger to Vogue and in 1998 he acted as contributing editor in Vogue Italia; most notably going on to lead the production of the 2008 ?Black Issue?, which featured only black models throughout the pages. According to skinandpepper, the issue was so successful that the original run sold out in just 72 hours, and a further 40,000 rush copies had to be made to accommodate the demand.

4. As someone with as much experience as him, he is wonderfully connected and in the know so we’re expected a plethora of new faces, new trends, and new everything to appear in the Vogue pages.?Announcing the appointment, Cond? Nast, publisher of Vogue, called Enninful ?an influential figure in the communities of fashion, Hollywood and music which shape the cultural zeitgeist? according to The Guardian.

5. His editorial skills are to-die-for so we’re expecting actual magic in the Vogue pages come September. Enninful took over as fashion and style-director of W?Magazine in 2011, and under his artful direction, W generated considerable attention for its riskier editorials. He’s also a bit of an advertising mogul and at the age of?22, Enninful had already worked for Calvin Klein on their advertising with Craig McDean and close friend, makeup artist Pat McGrath.

Vogue is, we believe, in very safe hands.

Marianne Smyth, aka @smythsisters, on her spring wardrobe staples