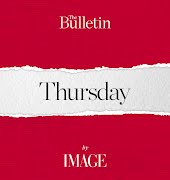 The internet loves a good joke. Every day, inter-office chats are littered with links that elicit lol replies. Everyone on Twitter is a budding comedian, or someone who really needs to cool the zero-empathy jets when the bus is a few minutes late. However, sometimes memes, images that accompanying lightening quick joke, can be downright mean – something Ashley VanPevenage found out a few months ago when her photo went viral.

A make-up free selfie of Ashley was juxtaposed alongside a photo of her wearing make-up. The college student’s skin had broken out with acne, and the contrasting photo showed the power of good make-up application. It was a brave statement, one many women could understand.

Then the really not at all funny jokes started. Ashley’s photo was posted with?throwaway lines like,?”I don’t understand how people can do this and I can’t figure out how to conceal a single pimple on my face.”

After months of this inescapable nastiness, Ashley decided to take to Youtube to address everyone who felt the need to make a joke at her self-esteem’s expense. She began the video with ?I’ll be the first to say that I’ve been entertainment by many memes but when it’s actually you and you’re dealing with all the harsh comments it’s a whole different story.? Ashley then went on to say that before the meme she was fine with going out with no make-up, but that all the comments, which were abusive, made her lose her confidence.

Eventually she realised she is entitled to feel beautiful and that people with acne shouldn’t feel shamed.

While it is awful that Ashley had to suffer such cruel attention, her attitude has been inspiring and might help people reconsider certain Internet behaviour. In today’s constant news cycle world, we all need to take a breather and remember that the people behind the headlines, the punchlines, the bystanders who do something silly – these are all human beings, and when a laugh is that cheap, you’re just bringing down everyone concerned’s worth.