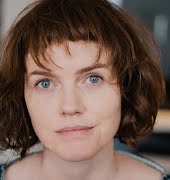 When it comes to the basics of applying deodorant, it’s safe to say that we’ve gotten it down to a tee at this stage of our lives. The majority of us will spray after our morning shower, as we’ve always done and hope that we remain sweat-free for the hours that follow.

This normally suits us grand and is the usual way of things for most folk. Only now, we’ve been told that we have, in fact, been using our deodorant the wrong way. In order to remain truly sweat free, apparently we should be applying it last thing at night, rather than in the morning as most would. This isn’t a new theory as such, but it has suddenly sprouted all over the Internet this week.

According to The Verge, who put the theory to the test, you literally just have to spray your deodorant last thing at night, and that’s it. Once only and the sweat will remain at bay.

It does seem to make sense. Antiperspirant works by clogging sweat ducts, thus preventing moisture from escaping your body. By applying at night, the antiperspirant has time to block those ducts properly. Once the antiperspirant has had time to set (it should last 24 hours). You don’t even have to worry about applying it again after your morning shower, as it should well have set in during the hours you were sleeping.

The biggest reason antiperspirants fail is that they are not on the skin long enough to produce a coagulated keratin plug in the sweat duct to inhibit the release of sweat onto the skin surface, according to the?Dermatology Times.

“It is important for the skin to be dry when the antiperspirant is applied otherwise sweat will dilute the antiperspirant, and it will fail to work. This is why bedtime application is best. At night, activity is at a minimum, and usually sweating is also reduced allowing the antiperspirant more time to contact the skin, hence making it last longer,” according to the site.

So there you have it! Were you aware of this tip to ensure greater under-arm dryness?

Ask The Expert: Is micellar water any better than make-up wipes?

Taking Notes: The Psychology Of Scent

5 Tips To Guarantee Your Make Up Lasts All Day