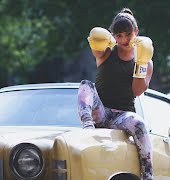 The best of SS20 beauty at NYFW: soaring hair and Euphoria eyeliner

Backstage at SS20 at New York Fashion Week, hair is reaching new heights and HBO’s Euphoria has made everyone colour-crazy.

Did Khaite just predict the next generation of hair accessories? Cascading tendrils of jewels hung down from otherwise undone hair onto models foreheads, for a look by Eugenie Souleiman, inspired by Princess Stéphanie of Monaco.

Area was bejewelled as ever, but this season the sheer number of crystals were, ahem, off the chain with intricate eyebrow brooches and undereye slinky chains.

All eyes were on Tom Ford this morning for his first show as president of the CFDA. In a New York subway station, glowy skin and ruffled, wild brows were worn with muddy, glossy brown smudged wings and spiky, Blade Runner ponytails.

The Olsen’s, as usual, held The Row’s SS20 collection show at their Greenwich Street Studio, an open white space with nothing but two long, bare, white benches for their audience, who were each handed an earthy ceramic tumbler. How very Olsen. Waiters poured coffee into the waiting ceramic cups, which makes it all slightly less whimsical but I guess the unadorned space and simplistic glassware was to make you focus entirely on their new minimalist and timeless collection. As was the effect of the beauty look: barely perceptible make-up, entirely everyday low middle-parted chignons and neat cropped bobs, the same Olsen minimalism and standard The Row beauty look we know and love.

In stark dichotomy, Japanese designer’s Tomo Koizumi beauty look might be the most Instagrammed highlight of the season so far thanks to a backstage dream team of hair legend Guido Palau and the inimitable Pat McGrath. Guido Palau secured a foam cone into the centre of model’s head – “It’s a highly conceptualized presentation, and I knew the look had to be something really extreme —either height or length, and I went for height!” – to create a sculptural conehead. Pat McGrath went larger than life too, inspired by “a modern geometric fusion of ’80s experimentation with futuristic elements.”Cleopatra-worthy winged liner, jewel-toned metallics and blush draped like Bowie resulted in a look that could make even Grace Jones blush. 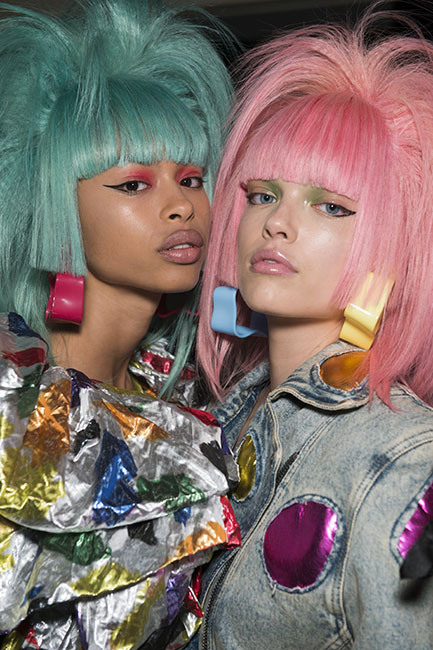 The only hair to even attempt to reach the heights of Tomo Koizumi was Jeremy Scott, where more is always more. Never one for a subtle backstage look, make-up artist Kabuki blended glitter, colour and metallics into an 80’s cat eye, worn with candied neon wigs by Eugene Souleiman, inspired by Japanese manga art and 80’s rock. 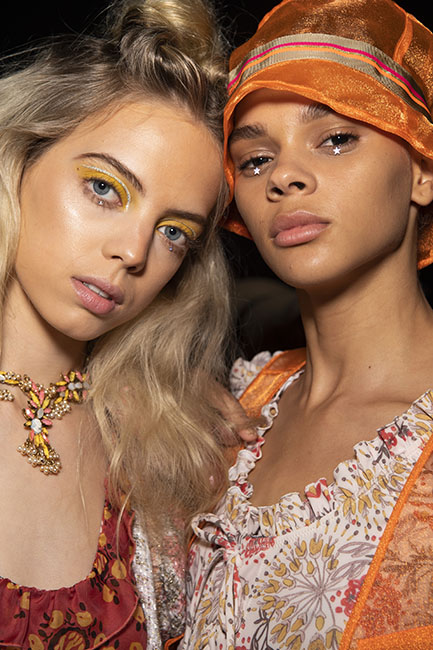 At Anna Sui, electric and vivid brights, neon white liners and tiny star details were customised for models, paired with bare, freckled faces and the look couldn’t be more Euphoria. 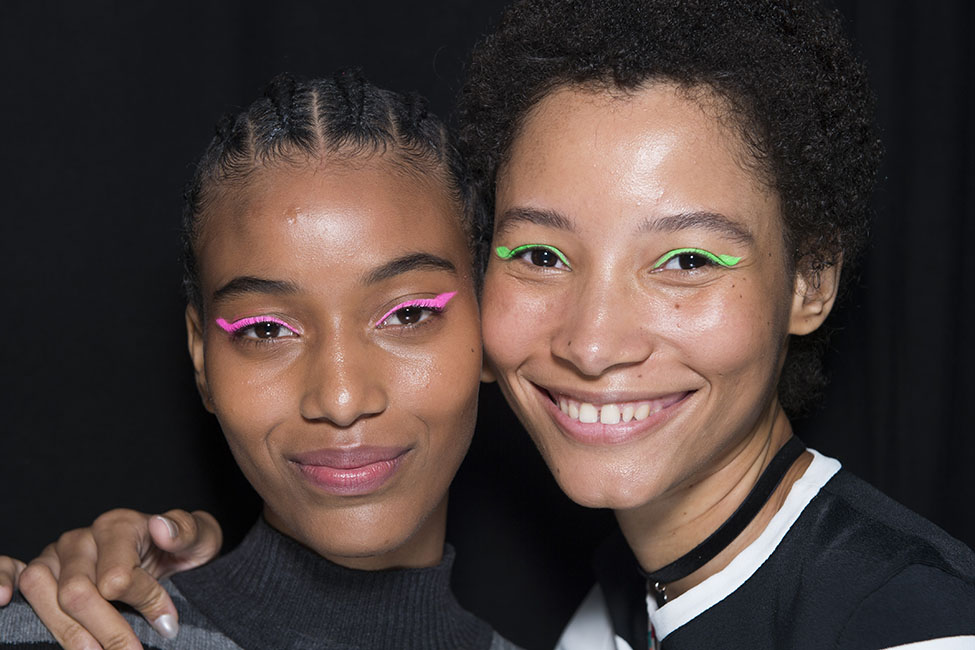 Make-up artist Susie Sobol’s punk swoops of neon and jet black graphic liner at Helmut Lang was inspired by Siouxsie and the Banshees. Rejoice, the unskilled among us who can’t perfect a neat cat-eye, the time for wonky eyeliner is here. 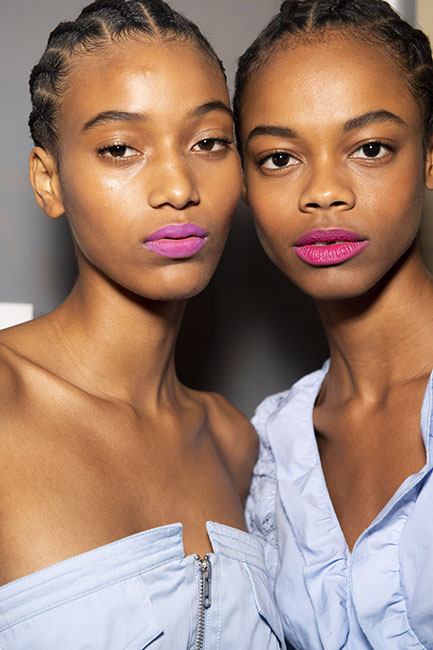 Lavender lipstick is the blue eyeshadow of make-up – it came in your first jelly make-up kit when you were seven, you revisited it when you were 14 but you’re older and wiser now and you know that blue shouldn’t go on eyes and lavender shouldn’t go on lips. Then last year, Kim Kardashian released a blue eyeshadow kit and everything you thought you knew about make-up turned out to be untrue – you absolutely should wear blue eyeshadow, and now, Self Portrait want you to know that you absolutely should wear lavender lipstick.

Read more: Everything to know about eczema: causes, treatments and the soothing products to try

Read more: The ten best make-up palettes of 2019 so far