One size doesn’t fit all when it comes to fragrance. Research into the psychology of scent is leading to a renaissance of the industry and a rise in personalised perfumes. ROSALEEN McMEEL sniffs out the artists offering truly bespoke scents.

Valentine’s Day signals a boom time in sales for the fragrance industry, along with perennial favourites chocolates and flowers. No one can deny the evocative power of scent. As Marcel Proust put it, perfume is ?that last and best reserve of the past, the one which when all tears have run dry, can make us cry again?. The nose is like a library of memories, instantly connecting us to people, places or experiences. So a delicious new fragrance is one of the most thoughtful gifts you can give to a loved one. ?Scent is intangible. It can touch us, move us, and inspire our very being,? says British master perfumer Roja Dove, one of the world’s most respected scent makers. ?It can transform us into seducers or seductresses, elevating and transporting us to an ethereal realm of memories and sensations.?

Some aromas even affect us physiologically. Researchers exploring human olfaction have found that lemon significantly increases people’s perception of their own health, while lavender incense contributes to a pleasant mood – but lowers volunteers? mathematical abilities. A whiff of lavender and eucalyptus together can increase alertness. By stimulating the olfactory pathways to the brain’s limbic system (which processes smell, mediates mood and stores memory) and causing the production of certain neuro- chemicals, a fragrance can encourage a sense of energy, relaxation, exhilaration, confidence and sensuality. However, nothing is foolproof. ?Research into the psychology of scent tends to be idiosyncratic and culturally specific because memories in the formative years that are connected to scent tend to be individual,? says Maggie Mangan, co-founder of Cloon Keen Atelier, a modern Irish perfumery based in Galway. ?For instance, in America, citrus is considered ?clean? because of its association with cleaning products and grooming products; whereas in Japan, consumers have a preference for jasmine scents.?

The growth in research explaining why we are attracted to certain scents has led to specific targeting by some of the major brands. Being able to push consumers? more obvious emotional buttons may lead to sales success, but the downside is that the future of fragrances could be a bland one, as companies scramble to produce ?popular? scents. ?Most of the commercial fragrances undergo a very detailed socio-economical research before they are being launched by the big brands,? says Marija Aslimoska, a classically trained perfumer and the owner of Parfumarija, a niche perfume boutique in the heart of Dublin, and its new door neighbour, Officina Profumo. ?In the last few years, there has been an outburst of candy, vanilla, ice cream, lolly pop, coconut and burnt sugar note fragrances, as a direct result of the advanced economies and countries in the world having gone into recession. Hence, sweet perfumes, reminiscent of carefree childhood days, flooded the perfume industry, trying to bring the client back to those happier times. 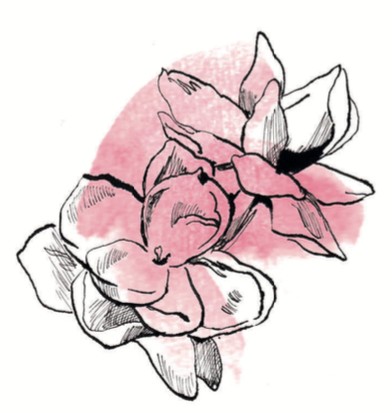 Where once originality and creativity were the driving force behind each new scent, now it was all about spin and marketing budgets so persuasive they forced classical perfumery to its knees,? says Dove. ?The financial power of ?the brand? was so strong that all that was important was the marketing image – the scent was almost secondary; where once it was normal for a perfumer to spend a year, or years, on a creation, now they are sometimes, literally, only given weeks, as scents are often stacked up high and sold cheap, more akin to produce in a supermarket.?

Aslimoska, who is the exclusive Irish stockist for Roja Dove as well as other high-end artisan brands, agrees. ?A couple of years ago, a perfumer who works for a big fragrance company told me her last fragrance, which can now be found across the globe, took 4,000 tries to complete the formula. For a fragrance to be launched on the commercial market today, no longer is it only the creator’s or the perfumer’s decision, but there is the marketing team, an evaluation team… There are the focus groups summoned for an opinion. And together they all leave their mark on the ?next blockbuster? fragrance.? The result of all this input is that the juice is driven by statistics rather than scent, and by the end of the process, it can be hard for even the perfumer to recognise the scent they started out with.

While the power of all this ?influence? may sell worldwide, creativity is being lost. What once appeared to be a death nail in the perfume industry has driven creativity in a new way. ?These changes have unlocked the door for many small specialist perfume brands to be born in order to fill in a gap in the market for the consumer that does not want to fall only in a ?well researched group? but is more individual and has character. There are more brands offering better quality and more imaginative perfumes, and that is why places like Parfumarija have been created, to fill this need in the market for the more unique and individual consumer.?

The homogenisation of the commercial market and the advancements in the digital world have inspired brave new fragrance creators willing to pursue their art with purity; and most encouraging of all, their consumers are responding. ?There has been a pronounced movement away from the mainstream,? says Dove. ?The need for legitimacy is greater than ever; pockets of creativity combined with quality are starting to lighten up the darkness of mediocrity as the quality of the perfume itself once again becomes of paramount importance.?
Niche perfumer Liz Moores of Papillon Perfumery agrees. ?The rise of indie/niche perfumers and brands has been quite extraordinary. Recent developments have enabled me to build my brand and successfully compete with more mainstream brands, something that would have been nigh on impossible before the explosion of social media.?

?The internet has made us all experts, and has allowed consumers to become informed connoisseurs, no longer prepared to accept what they are given,? reveals Dove. ?Alongside this, there are houses whose starting-point is true luxury. They are creating fine quality fragrances that appeal to a generation brought up on a diet of olfactory banality and instant gratification, and who begin to realise that what they thought was refined and luxurious was in fact mass-market and crass, as they discover there are fragrances that convey their individuality, marking them out from the crowd, which once they so wanted to be part of. This renaissance in perfumery allows us to make a personal statement whilst immersing oneself in a ravishing haze of true olfactory luxury.?

This article originally appeared in the February issue of IMAGE magazine, on shelves nationwide now.