I’ve literally never had more compliments on anything more than I have on this, my latest fragrance obsession (that I’m somewhat reluctant to share…)

“Someone smells nice! Who is it?”

In a room full of people who I all smell lovely, I know the answer. It’s me. I’m the one that’s wearing the scent that everyone wants to ask about. And I have never had so many compliments on my smell, ever before.

Since I started wearing this scent, I’ve had a cabin crew member stop serving to ask what I was wearing, I’ve had a lovely Penneys employee follow me around the store to ask what it was, and I’ve had other beauty journalists sniff it out and buy it on my recommendation.

It happened by accident – a chance sniff of someone in an office once, followed by another chance passing of the Le Labo counter in Dublin Airport (the only counter in Ireland, FYI) and all of a sudden I was the owner of the most expensive 50ml of juice I’ve ever owned.

I love finding a new scent to love. It happens rarely – in the last decade I’ve smelled probably four scents I’ve truly LOVED. Chanel No.5 Eau Premiere being one, Armani Prive’s Vetiver Babylon (now named Vetiver d’Hiver) and Tom Ford’s Mandarino di Amalfi Acqua are the three I rotated until I found this one.

Le Labo’s Another 13 – which initially launched as a collaboration between the brand and AnOther magazine – is my new favourite perfume. It’s got 13 ingredients, which include notes of Iso E Super, Ambroxan, ambrette seeds and jasmine, and is firmly in the unisex category. 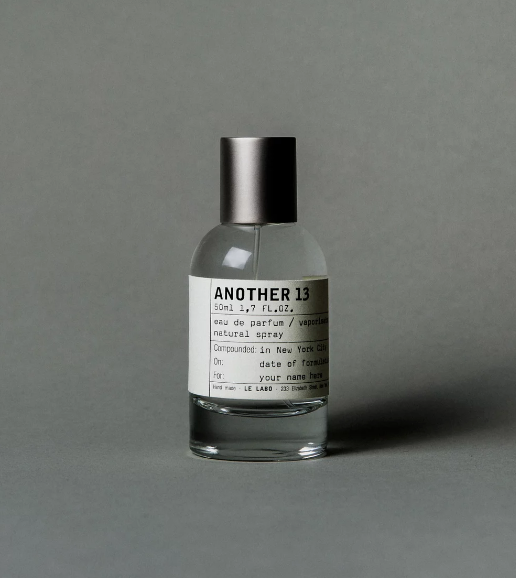 It isn’t something you can smell on yourself at all really, once you spray it on, it blends itself in so seamlessly that you can’t smell what others smell (which to me seems like a bit of a crime – I’m spending €155 a bottle on something other people enjoy more than I do!).

While it might not be detectable to you while you wear it, that doesn’t mean it doesn’t make its mark. It sticks around on your clothes, it transfers onto your possessions, and all of a sudden things smell like you.

Read more: What happens during a fragrance consultation?