She has been the face of makeup brand CoverGirl for years, and this is her second collection with the brand,’dropping in stores in April and online at?covergirl.com in early March.

You may have already had a glimpse of Katy’s new range – she wore her new CoverGirl makeup to the Grammys. 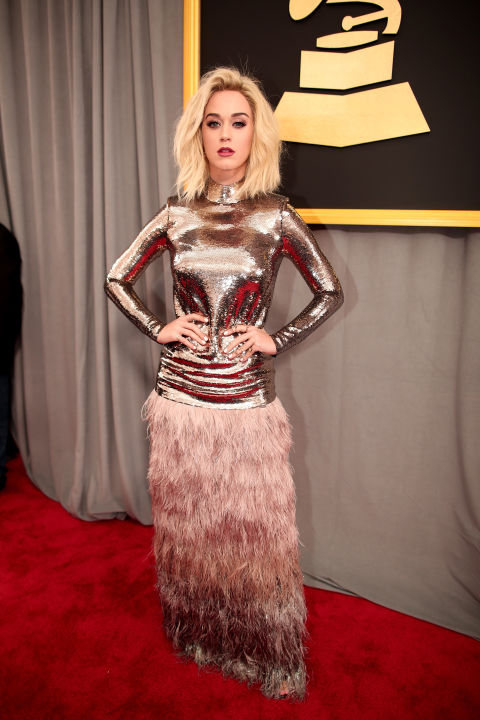 “In the next evolution of my Katy Kat line with CoverGirl, I was inspired by Spring’s upcoming mermaid and pearlescent hues,” Katy exclusively told POPSUGAR. “There are new fun and cheerful colors ranging from peachy Apricat to a Bluetiful lip, shimmery highlighters in rose and gold, and a pop of Whispurr white or Purmaid green to line your eyes. If you’re more classic but still want some fun, I put glitter in the black liners. You’ll make Ariel jealous, and look better than a shimmering Easter basket when you’re done.”

Moments before she walked down the red carpet, Perry announced the new collection to her Twitter followers, posting a behind-the-scenes look at her beauty game. “Grammy LEWK w/ my NEW @COVERGIRL Katy Kat Pearl Collection!,” she wrote, linking out to Walgreens, where you can purchase her Grammys essentials for $6.99.?

The best highlighters and bronzers for a golden summer gleam