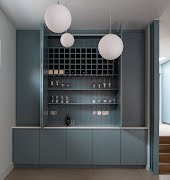 After five months, 40,000 votes and a lot of sampling moisturisers, it finally happened. The best of the beauty business in Ireland converged upon the glamorous Fire venue in Dublin’s Mansion House for the inaugural Business of Beauty Awards. There was even a red carpet. Darling TV personality Darren Kennedy hosted the stylish proceedings, garnering instant favour with his opening speech about how Irish women are amongst the hardest working in the world. But first up was Image Editor-in-Chief Melanie Morris who explained why we felt Ireland was due an awards ceremony that celebrated the best beauty practitioners in the business. Melanie reminded everyone assembled that the idea for #imagebob came from a tweet of Waxpert’s Ellen Kavanagh, bemoaning the lack of professional acknowledgment in Irish magazine beauty awards. So, as over 325 attendees sat back and enjoyed a delicious lunch accompanied by plenty of Marks & Spencer’s top notch vino, the gongs got underway.

And the winners are?

No one was surprised at MAC’s win for most innovative make up brand, while French brands L?Occitaine and La Roche Posay walked away with most innovative bodycare and skincare respectively. The most innovative for haircare was Shu Uemura, a brand which is guided by the Japanese founder’s principle that haircare “should be a luxury experience” as IMAGE beauty editor Liz O’Dwyer reminded us. Seavite’s Managing Director, Kaye Mulrooney, paid tribute to her late marine biologist husband, Patrick, in a speech that brought tears to everyone’s eyes. It was the winner of best Irish brand, for their innovative use of seaweed off the West Coast of Ireland.

Colourists are known for lavish promises (brassy straw being turned to spun silk) that don’t always live up to expectations. Rest assured, Rebecca Fryday at Alan Keville is a woman of her word . She was the winner in Best Colourist category presented by Debbie O’Donnell, the producer of Xpose. Whether you’re after the perfect shade of platinum, chocolately brunette, or laid-back ombre, Rebecca has got you covered.

This year’s IMAGE Business of Beauty Massage Therapist of the year is the hard-working and universally adored Sinead Birthistle. This assistant Spa Manager at the Powerscourt Hotel inspires nothing but lauded testimonials – the mere mention of her name gets a head start on unknotting all those tensions. (Did someone mention Mother’s Day this weekend?)

Facialist extraordinaire Elaine Butler Doolin came out on top in her category thanks to her expertise in all things glowing. She’s the founder and brains behind Bespoke Beauty salon and has spent the last 20 years perfecting the faces of women everywhere.

Pamela Laird is now the queen of nails. Pamela stays ahead of the curve looking to key fashion houses for the latest nail frenzy and her execution is unrivalled. Check out some of Pamela’s most recent work in the latest issue of IMAGE, which is on shelves now, and in Volume Three of BASH on shelves Thursday 3rd April. And for those of you at the ceremony who were wondering where she got her dress – it was Maje.

Make-up artist and seasoned pro Kim O?Sullivan is the jewel in Preen’s cap. She wore an equally bejeweled top to her Zara dress. Her work is consistently excellent, garnering her a loyal following. She has in the past done Pippa O’Connor’s make-up, (who also happened to be one of the presenters at this year’s #imagebob awards) and received her award from the wonderful Christine Lucignano. Kim also posted a quirky little poem on Facebook the night before the awards, which won her a L?Occitaine hamper.

IMAGE Editor Rosie McMeel presented Colette O’Sullivan of Porcelain Beauty in Cork with the gong for best tanning specialist, which led to easily the loudest applause – we think those whoops were heard all the way in the rebel county.

Glossybox MD, Rachel Kavanagh presented a thrilled Jemma Ellison with the award for Best Wax Therapist. Her smile radiated through the room as friends and colleagues whooped and cheered at her success.

Brown Sugar raised the roof of the Mansion House when Elayne Archbold’s name was called out for Best Hair Stylist. The wonderful Michael Leong, who presented the award, bounced about on stage as Elayne lifted the coveted prize and thanked ‘her’ team! Years of hard work and determination have ensured this lady’s star is in the stratosphere.

The second-last award of the day went to the DermaClinic for Best Skin Clinic. Owner Patricia Molloy, dressed in stunning Louise Kennedy lace graciously accepted the trophy from our editor-in-chief, Melanie Morris, and reminded guests how important it was to honour those in the industry as the recession hasn’t been kind. It hasn’t stopped this formidable woman, however, as she let us in on the latest cosmetic discoveries arriving soon to our shores.

The Vanity Rooms walked away with Best Salon delivered by Yvonne Keating. They are the kind of salon that has achieved ?beloved institution? status in record time. The Stepaside duo of Jennifer Butler and Jennifer O’Brien have more than 25 years of experience between them and bring nothing but the best to their every working days.

Prizes for the best tweets included spa vouchers for the Spa at the Shelbourne ?? talk about swish – and one shoe selfie (the best of over 400 posts!) nabbed a two-night spa break at Kelly’s Resort Hotel in Rosslare. Other prizes included hampers from La Roche Posay, Marks & Spencers, Dr. Hauschka, Max Benjamin and Lloyds Pharmacy. These were delivered to those who responded to Darren’s hilariously random questions about their upcoming marriages, or who had travelled the furthest for the award ceremony – the winner of that particular one had come from Dubai.

Every November, we at IMAGE HQ begin the Herculean task of the annual Beauty Awards. This year, the task grew even more as we added the Business of Beauty, but if we’re being honest, testing products, treatments and therapies is no hardship…

A particular shout out goes out to Zab Events who brought an extra frisson to the event as all who Instagrammed images went home with cute polaroids as keepsakes.

The (virtual) IMAGE Business of Beauty Awards 2020: And the winners are…

This is what your next hair appointment will look like, according to 3 Irish hair stylists

The top 5 holy grail beauty products, according to the experts