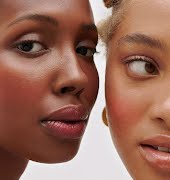 If there is any beauty trend that is defining the summer of 2015, it’s body art. Be it small delicate tattoos – here’s a list of inspirational ideas we prepared earlier – or temporary transfers perfect for festivals, decorating one’s skin is the only avenue worth trying out. After all, we’re not sure all that excessive contouring can handle the Irish office swelter.

Personally, we think image focused social media channels Pinterest and Instagram are responsible for the boom. And then there’s the little matter of models like Cara Delevingne who ink on the reg, and don’t give a damn if their personal decisions lose them work. In fact, in the case of Cara her tattoos are an intrinsic part of her brand. Her lion tattoo on her finger features prominently in her Tag Heuer campaign, and this year at the Met Gala she accessorised her Stella McCartney jumpsuit with a temporary design from one of New York’s most famous tattoo artists, Bang Bang.

Even the tech world is chiming in to the inescapable trend. The Limited Edition HTC One M9 INK smart phone?features a unique design on the back – for more on how creative mavens are flocking to HTC read our feature on Irish jewellery designer Chupi – on which they collaborated with English supermodel Jourdan Dunn.

Dunn, mother to five-year-old son, is another model with some serious tattoo rep, as well as a huge social media following and a cooking show. Last year she even visited Bang Bang with Cara to get matching double d tattoos. (We’ll just assume they’re the best of pals, because that’s the kind of decision you mull over.)

After years of being self-confessedly obsessed with inking, Dunn first took the plunge after becoming a mother to Riley, who she gave birth to age 19. She got his name inked on her and has also marked career milestones on her skin, referencing magazine covers she has scored via the medium of permanent body art.

For the HTC One M9 INK she devised a?one off?illustration that is engraved onto the back of the phone. Jourdan showcased the design in photos taken by leading fashion photographer Matt Irwin. The finished result echoes the HTC One M9’s brushed metal two tone finishes (gold on gold and silver on gold) and has also been recreated in temporary metallic body art. Jourdan worked with leading artist Cally-Jo, who has worked with Rihanna, to create the first ever HTC INK design. The result is a silver and gold open hand and eye design that won’t look out of place at whatever the next Glastonbury-esque party is.

Margot Robbie got you thinking about a full fringe? I got a few months ago and here’s what you need to know