Hair is so much more than what we see in the mirror. It’s linked intrinsically to who we are, to our identity, gender, culture and ethnicity, whether it’s the hair on our heads or our bodies. In the July/August issue of IMAGE Magazine, on sale now, Holly O’Neill spoke to seven Irish women on how their relationships with hair has shaped their lives. Here, theatre director Aoife Spillane-Hinks shares her story.

I come from a curly-headed family – we called what grew on our heads “the Hinks kinks”. When I was really small, I had soft curls; but as I started going to school, I wanted to look more like everybody else – meaning smooth and straight. I struggled with a hairbrush to make those curls conform. I’d ask my dad to pull those kinks into a really tight braid.

The breakthrough happened when I was nine years old. Betsy Moakley, my radiantly curly-headed teacher, one day came to class with a wide tooth comb and a bottle of conditioner; she handed them to me and said, “Go home and use these – they’re what curly-haired people use.” Mrs Moakley revolutionised my attitude toward curls. Still, I secretly clung to the idea that maybe I should be trying to make those curls behave. I’d drench them with conditioner and leave it on for ages in hopes that the curls would learn to lie down. Anything to avoid having my hair called the most dreaded word: “frizzy”. I remember those ads: a sad-looking “before” girl with puffy, kinky hair and the radiantly happy “after” girl with her hair all sleek and smooth.

Related: Hair Stories – Mary Dunne on how her grey hair has made her more confident now than ever

When I was 16, I got my hair cut short for the first time. That was the first peek into the possibility of what my hair could do: it looked and felt expressive, rhythmic, multi-dimensional. Perhaps it’s no coincidence that around the same time I came out as bisexual: both realisations are about a sense of how I could present myself to the world. I was allowed to be bold, frank, edgy.

One of the joys of my life has been working with Toni & Guy’s Maria Callaghan. Right away, she made me realise that curly hair was not a burden, but rather an entirely different species from straight hair. For me, that fact was a huge revelation: I’d spent my whole life having my hair cut as if it were straight, forced into the shapes that hair – straight hair, of course – was “supposed to” look like.

So, what’s different about Maria’s approach? She washes it, lets it dry, then combs it out into a number of six-inch-long sections shooting off my head in every direction. Then into that wildness she carves a shape, like a sculptor. Try doing that with straight hair! Maria made me realise that my hair wasn’t a problem to be solved, but a natural resource offering endless possibilities. More than anyone else, Maria’s made me embrace the advantages of having a curly head.

In 2015, when Maria first cut my long hair short, we left the fringe alone. Six months later, we took the plunge and went for curly fringe. There’s this unspoken rule that fringe isn’t meant to be curly. But we broke that rule: the new fringe works marvellously well; it teaches me once again that there are no rules – no way that hair is “supposed” to be.

One of the best things about curly hair is that it’s infinitely expressive. All on its own, it tells stories; it creates conversation. Several times a day people – total strangers – talk to me about my hair. I think back now to my younger days when I struggled to make my hair as small as possible, get it flat against my head, convinced that volume equalled weirdness. Now I love that my hair takes up space. My haircare’s no longer a matter “managing” curls as if they were unruly animals refusing to behave. It’s far more a matter of simply letting my curly hair be as amazing as it can be. 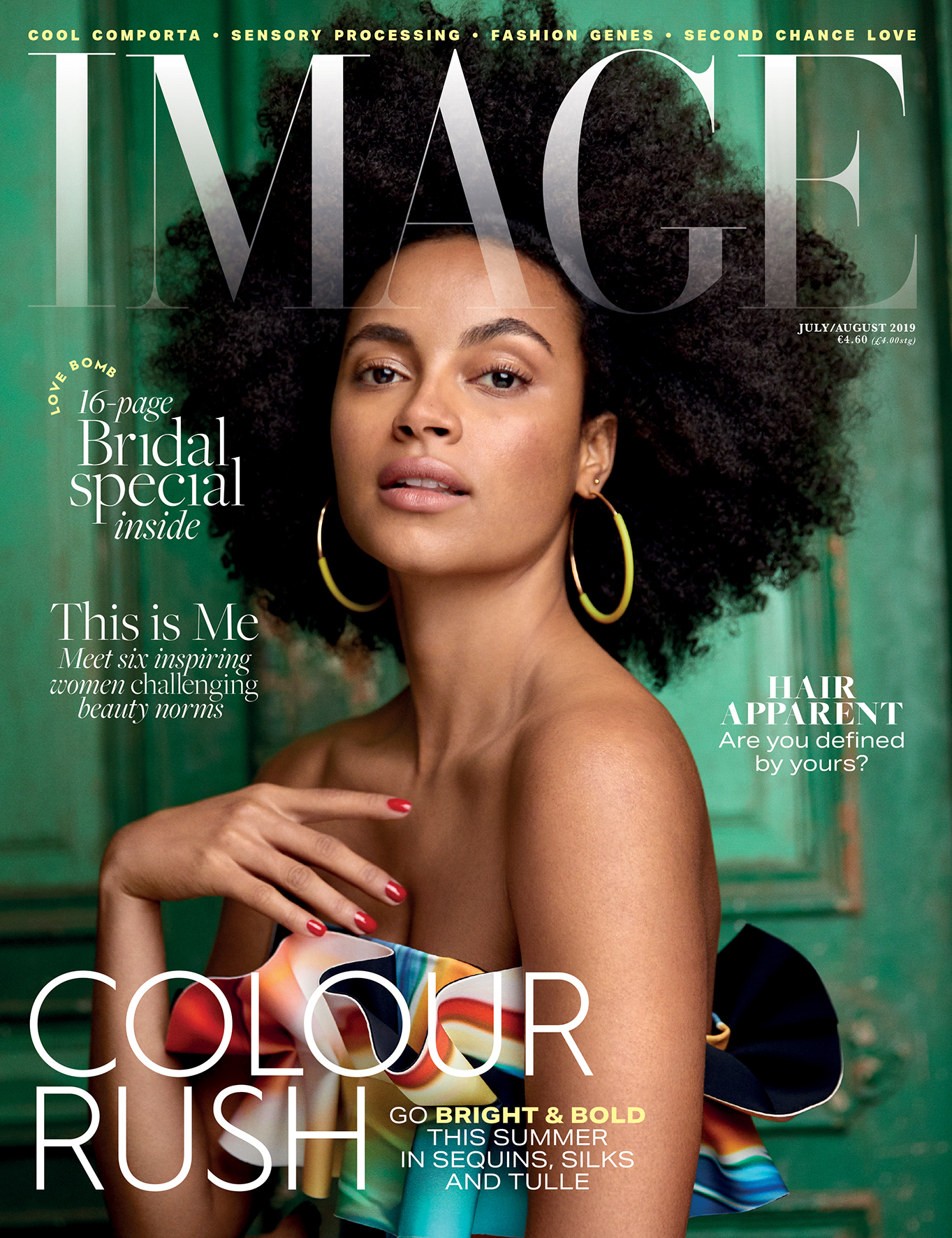 Read the stories of seven Irish women and their relationships with their hair in the July/August issue of IMAGE Magazine, on sale now.

Read more: Hair Stories: Mary Dunne on how her grey hair has made her more confident now than ever

Read more: Hair Stories: Emma Dabiri on how her hair has shaped her life

Read more: Hair Stories: Laylah Beattie on how her hair has shaped her life

Hair Stories: Emma Dabiri on how her hair has shaped her life

WATCH: Dylan Bradshaw on how to achieve the perfect curl using the Dyson Airwrap Styler