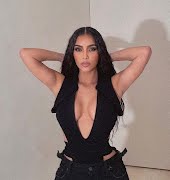 We’re well used to hearing about eyelash extensions, but now another trend has suddenly become quite popular: eyebrow extensions. It seems getting a HD brow treatment just won’t do any longer.

The whole thing works in pretty much the same way as the lashes. Some fake hair is matched to your own brows and then applied with a minuscule amount of glue and a very steady hand – it goes without saying that you should be getting this done by a professional if you’re considering it, you don’t want that glue pulling off half your eyebrow!

If you want an exact idea of the application process, according to Buzzfeed, brow technicians use tweezers to dip tiny synthetic hairs into skin-safe glue and then the hairs are individually applied to the skin.

?The process can take up to two and a half hours to get the shape and fullness just right,? Umbreen Sheikh, founder and CEO of NYC-based brow bar Wink. Asides from wanting to refill and shape the brow, women are also getting them because of health reasons. ?People who have lost their eyebrows to alopecia, chemotherapy, and anxiety disorders come to us for extensions,? said Sheikh.

Many on social media have now taken to showing off their newly fuller brows, seemingly perfect if you are going for a Cara Delevingne look. And we have to say the results look really impressive:

Just cause I don’t post everyday doesn’t mean I’m not still at it!!! brow perfecting at its finest. #browsonfleek #browlife #browextensions A photo posted by Mrs. Sanders (@lovemelashes__) on Jul 22, 2015 at 7:00pm PDT

They are pricey though; in the states they start out at around $75 and can go up to the $300 mark. And as for staying power? The extensions can apparently last from two to three weeks, which isn’t hugely long for the expensive price you pay.

Sheikh adds that the brow extensions may fall out if you’re inclined to sweat a lot, so these aren’t something to get before that sun holiday. We think the falling out of the brows would be a real issue though, especially when it comes to washing your face, as the glue would only hold for so long. It would be interesting to try them out.

What do you think? Would you opt for these? We wouldn’t mind giving them a try!

Marine collagen: What is it and should I try it?

WIN a Christmas cocktail box, with everything you need for festive drinks at home

The beauty advent calendars to buy before they sell out