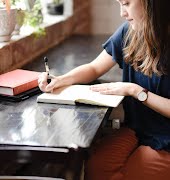 The final week of January is grim; still waiting for payday, grey, rainy and the glow of Christmas and New Years resolutions has well worn off. So it seems timely that couture week falls now, as it features the most dreamy and fantastical shows, perfect for daydreaming away the January blues.

We are still reeling from the Chanel Spring-Summer Haute Couture 2019 show earlier this week, as not only were the dresses sublime but the make-up is all we can think about. In contrast to the frothy, pretty dresses (think lots of pale pink and appliqué flowers) the make-up was bold and striking. We were expecting fresh, glowy skin with lots of pink blush. Instead we got eighties and this made a great contrast with the girliness on display everywhere else. 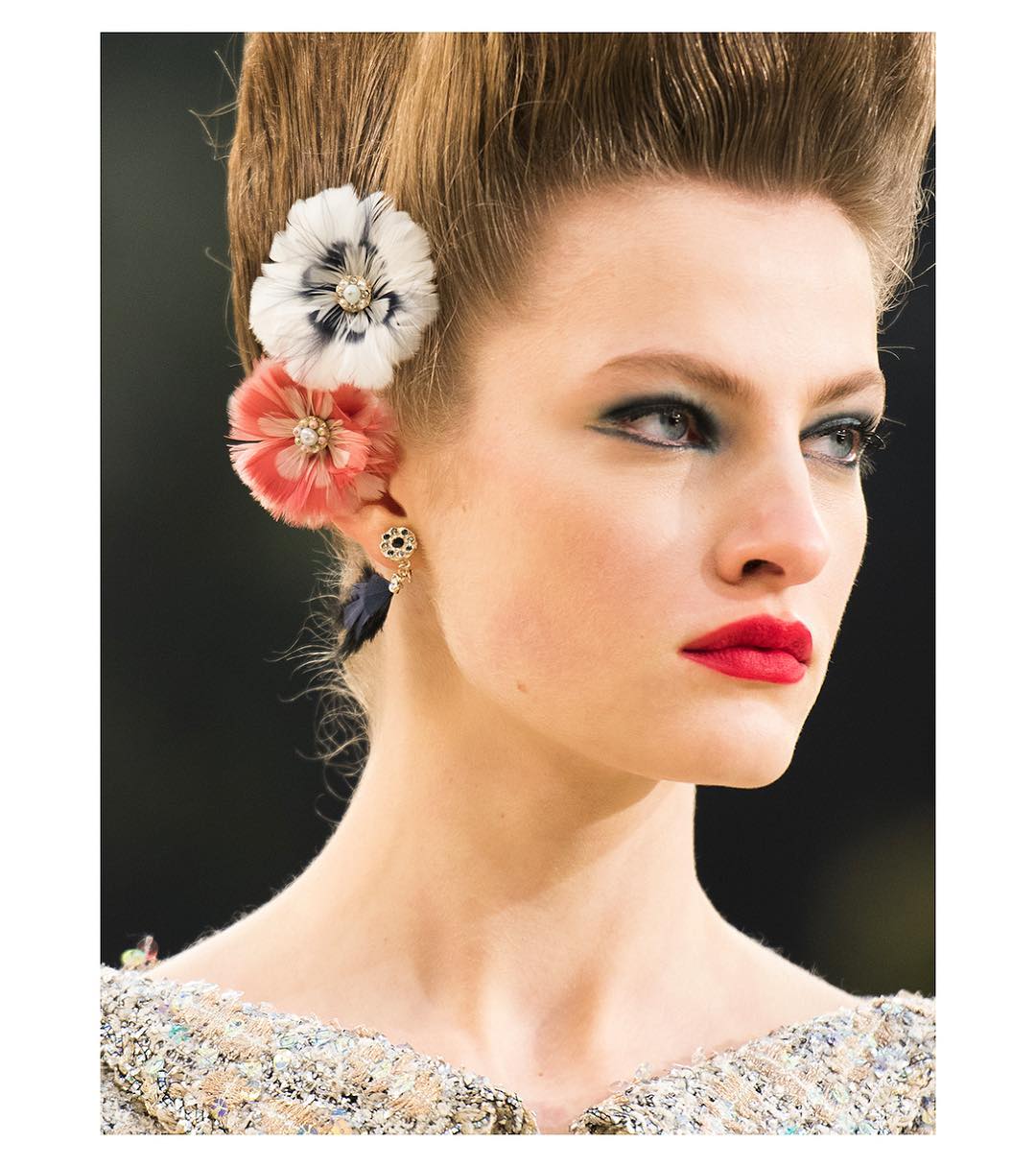 Chanel’s Global Creative Make-Up and Colour Designer, Lucia Pica created the looks for the show, using all Chanel make-up products of course. Now you may not want to wear the full look on a Monday for work (but you do you by all means) perhaps you’re just after the eyeshadow or the exact shade of lipstick used. As you can imagine the list of products used is the length of my arm so the essentials needed are for the lip and the statement eye.

Stylo Ombre Et Contour in 02 Bleu Nuit  was used to create the deep navy eyes and Rouge Allure Velvet Extreme in 112 Idéal  for the raspberry red lips, already added to my basket as a payday treat for sure. 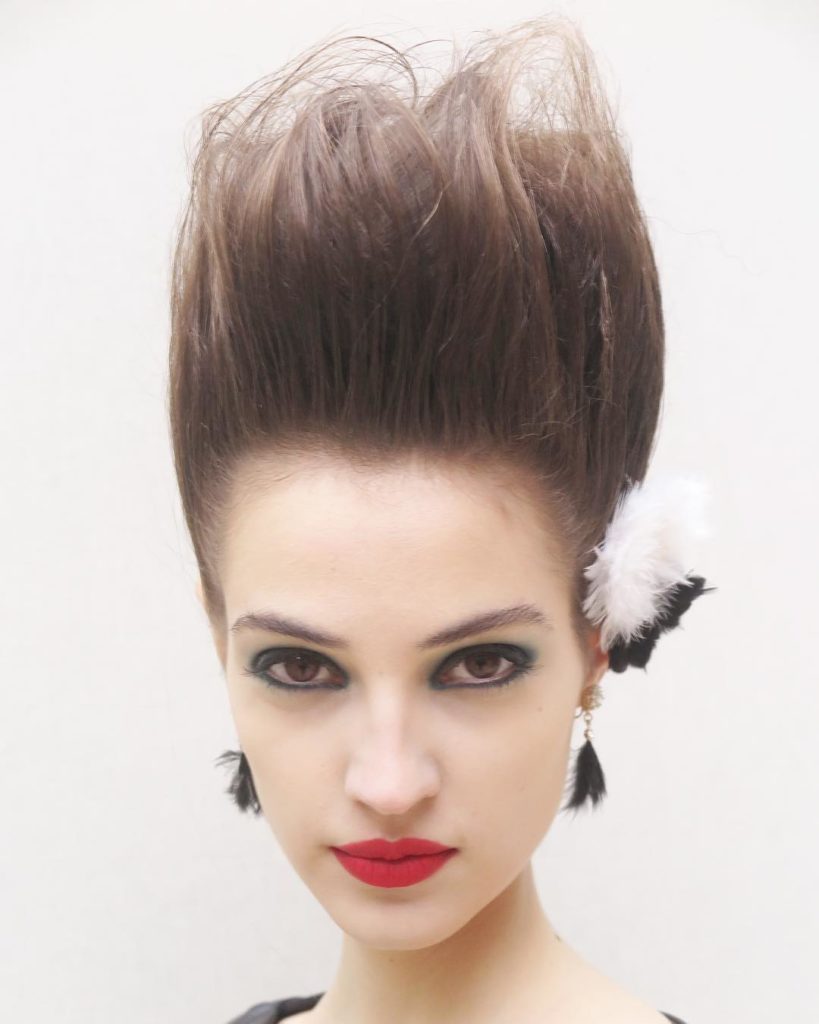 None other than the Sam McKnight was behind the hair for the show, which comes as no surprise. As Dolly Parton once said ‘the bigger the hair, the closer to God’ and that seems to have been the theme for the show. Think David Bowie circa Ziggy Stardust combined with serious Marie Antionette vibes. Hair was quaffed, backcombed and sculpted atop the models heads. Sam used products from his own line to create these looks; Easy Updo to add texture and volume and Modern Hairspray for serious lasting power.