He painted the faces of some of the world’s most famous women, including Tina Turner, Cher, Janet Jackson and Cindy Crawford – and the late, great Kevyn Aucoin’s makeup range is still as iconic as he was…

Kevyn Aucoin’s Netflix documentary, Beauty and the Beast In Me, is a captivating watch, chronicling the life, challenges, success and death of one of makeup’s most trailblazing and forward-thinking artists.

The list of people who hired (and adored) him speaks for itself. Tina Turner, Cher, Janet Jackson, Andie McDowell, Cindy Crawford, Amber Valletta and Nicole Kidman all loved his work and spending time with him in the makeup chair. He also did Gwyneth Paltrow’s makeup the night she won her Oscar for Shakespeare in Love in that bubblegum pink ballgown.

Speaking about him so warmly, like pretty much every celebrity he worked with did, Nicole Kidman has said: “Kevyn was so passionate about makeup as an art form. His ability to transform people made him such a joy to work with. He could create characters with his makeup. He was a trailblazer, really.”

And that’s just one of countless A-list testimonials about his work. He was known in the world of top models, actresses and singers as THE person to book if you wanted to look like the best version of yourself, often able to charge up to $6,000 for one session. He was all about enhancement rather than covering up, and he also clearly had an ability to befriend and put at ease every famous client he worked on.

A HARD PATH TO SUCCESS

He had a tough upbringing – he was adopted, having been given up by his mother at birth. He said he realised he was gay at age 6, and was relentlessly bullied while at school. Due to the effects of this bullying, he left school early but went to pursue a career in makeup. He ended up teaching the beauty school classes he was enrolled in, thus was his passion for all things makeup.

Throughout his career, he collaborated with Shiseido, MAC and Laura Mercier. A true makeup pioneer, he changed the way so many artists approach beauty today. His eponymous range is still a bestseller now, 16 years after he died from a rare pituitary tumour in 2002, aged just 40 years old.

His legacy still lives on through his range and through the many people interviewed in his captivating Netflix documentary, which showed unseen video footage he took while backstage at many of the world’s biggest celebrity events.

People all over the world (including me!) are still obsessed with his products, even in an extremely saturated market. Here are the three that I still rebuy, time and time again: 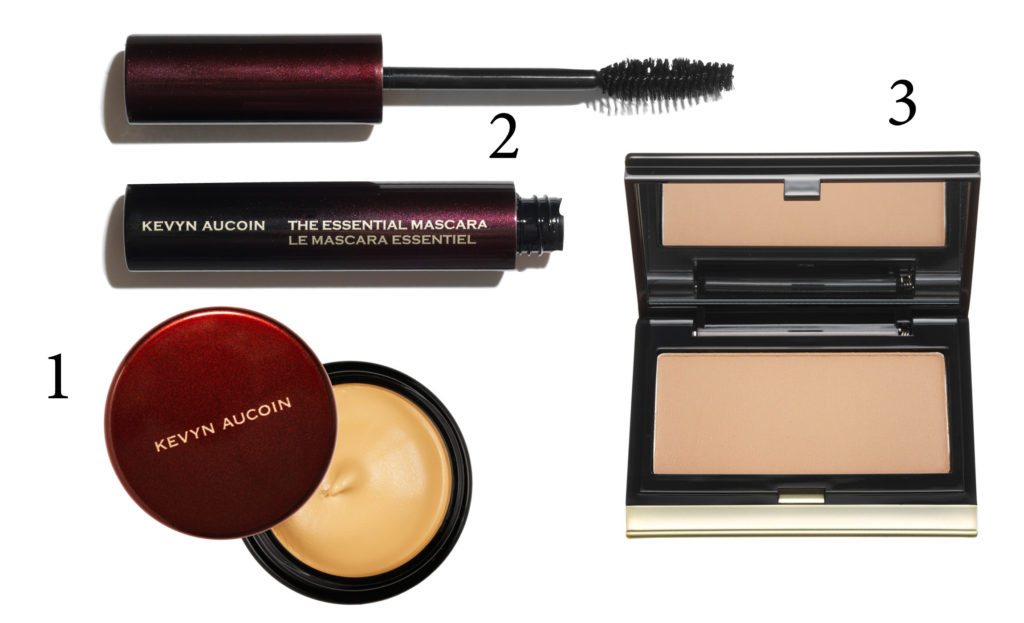 Truly an artist’s product, if you look at putting on your makeup as painting your face, this concealer/foundation hybrid is for you. Buy it in a few shades and truly sculpt and define your face using lighter shades to highlight and conceal, and darker shades to contour. A little goes a very long way, and you’ll really embody what Kevyn’s whole approach to makeup was.

2. Kevyn Aucoin Sculpting Powder, €38
The most finely-milled, silky soft powder product, this can be used to set, contour and give a bronzed glow all in one. Kevyn was contouring before contouring was a thing, and this product couldn’t be more perfect for achieving dreamy skin.
3. Kevyn Aucoin The Essential Mascara, €29
It really is as it is named – essential. I love this mascara, and for €29 I don’t feel like I’m going above and beyond on the spend, especially for the result it gives. It combines volume, length and the right amount of curl, and it doesn’t transfer onto your face after three hours on the dancefloor.