The make-up at Gareth Pugh’s AW18 show isn’t something you’ll see reinterpreted on the streets of Ireland any time soon, at least not intentionally. Think “glamorous car mechanic has dramatic oil spill”. The application wasn’t too far off. MAC Pro make-up artist Val Garland grabbed a sponge and stroked and dabbed pigment on the faces of the awaiting models. For the more speckled application, she directed her team to use paintbrushes to flick the pigment haphazardly around the face. They kindly tested it on the back of plywood boards before applying to the models’ skin. 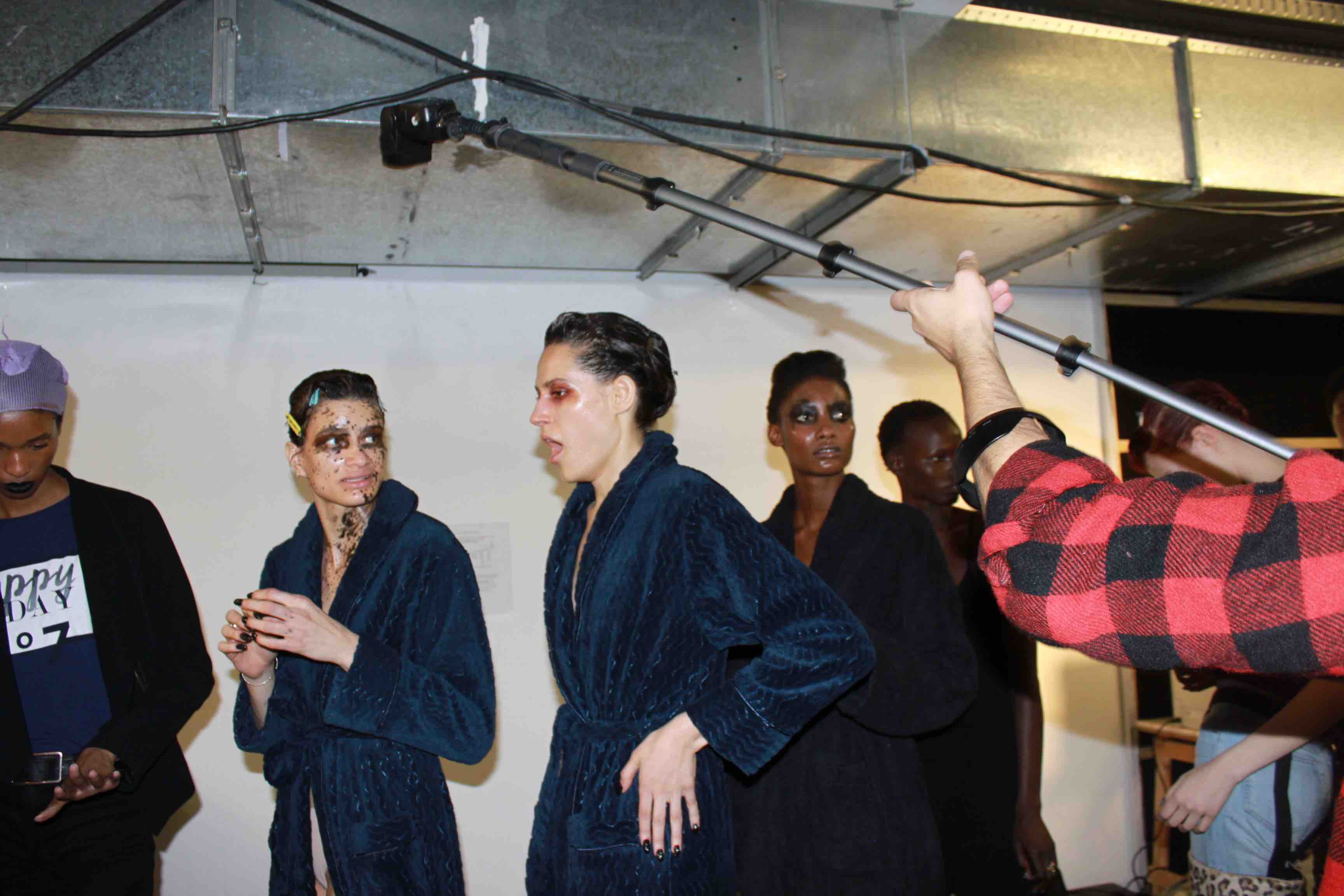 The models line up backstage at Gareth Pugh for a run through pre-show.

I caught up with the inimitable Val Garland (whose parents both hail from Dublin) as she held court backstage. “The inspiration for the show starts with Dior and the mid 90s,”explained Garland. “Pugh’s woman is empowered. She’s strong, powerful – she can fix her own car. The make-up is inspired by things like Herb Ritts’ photography, the work of Peter Lindbergh, Stella Tennant, Linda Evangelista. It’s all about an oil slick. We’re seeing oil slicks on the eye, on the mouth, it’s a juxtaposition of ‘I’m every woman’. She can have a matte lip, she can have a shine lip, she can be whoever I want to be and that’s the premise for the make-up.” 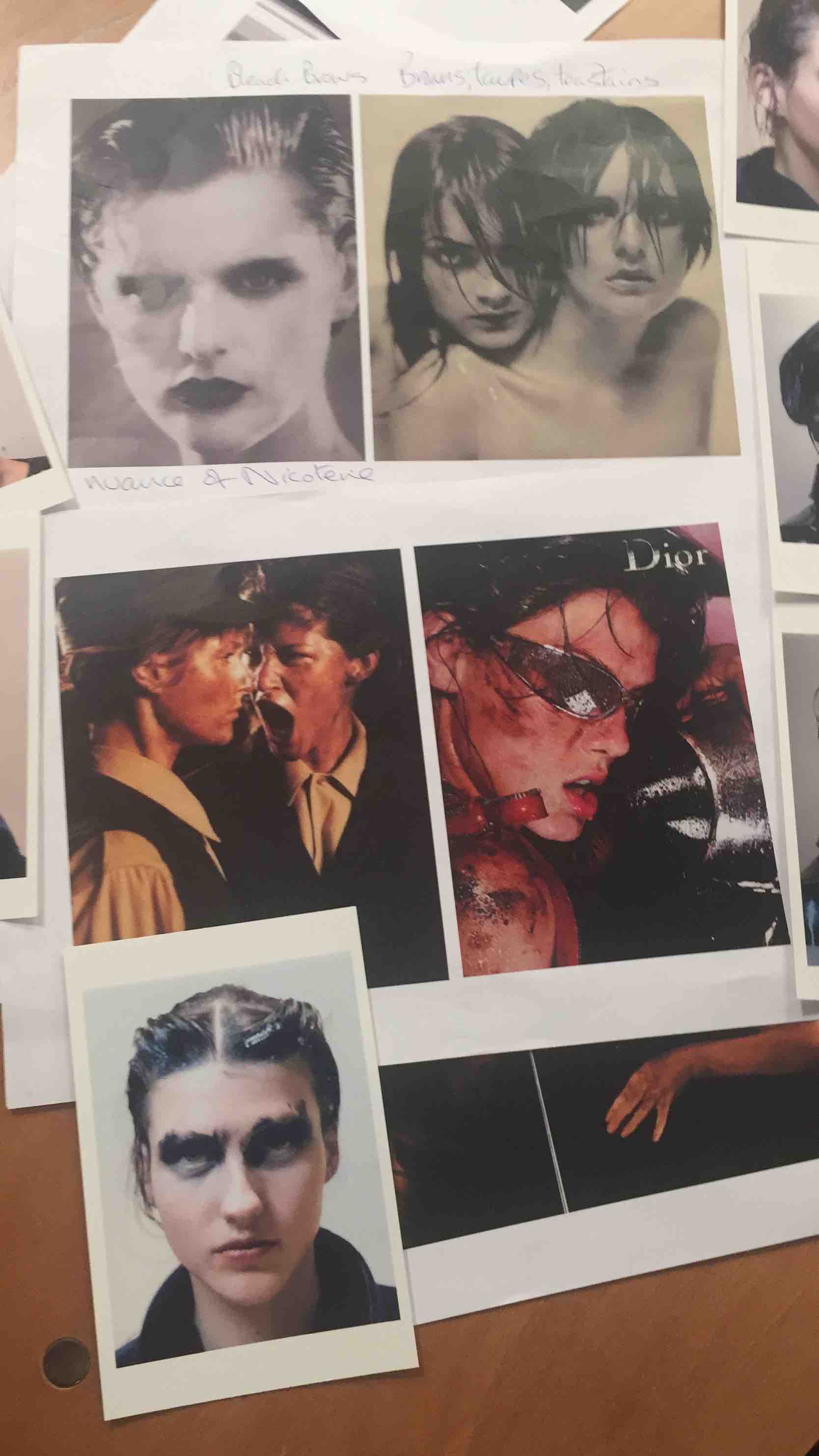 Val Garland’s starting point for the inspiration behind the make-up. 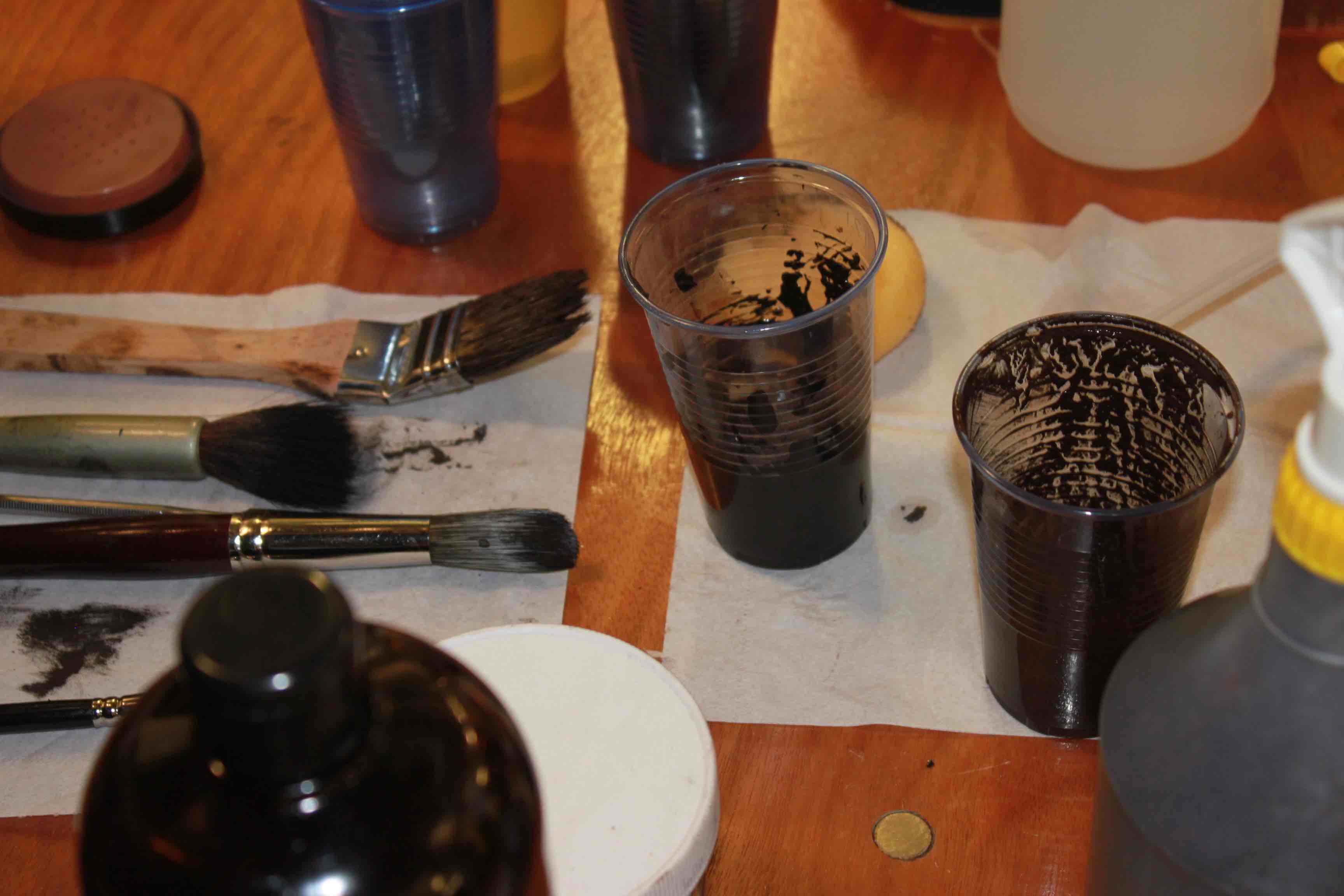 If you’re wondering what relevance, if any, this beauty look plays in an average woman’s life, Garland has given this some thought too. “In real life, perhaps the focus will be more about gorgeous skin. There’s a big trend from Korea coming through, called glazing, which is a super shine skin. I’ve been seeing a lot of that lately. It’s about looking like you have the most perfect skin – fresh from the gym, or the facialist, after a hydra peel.” Where do we sign up? 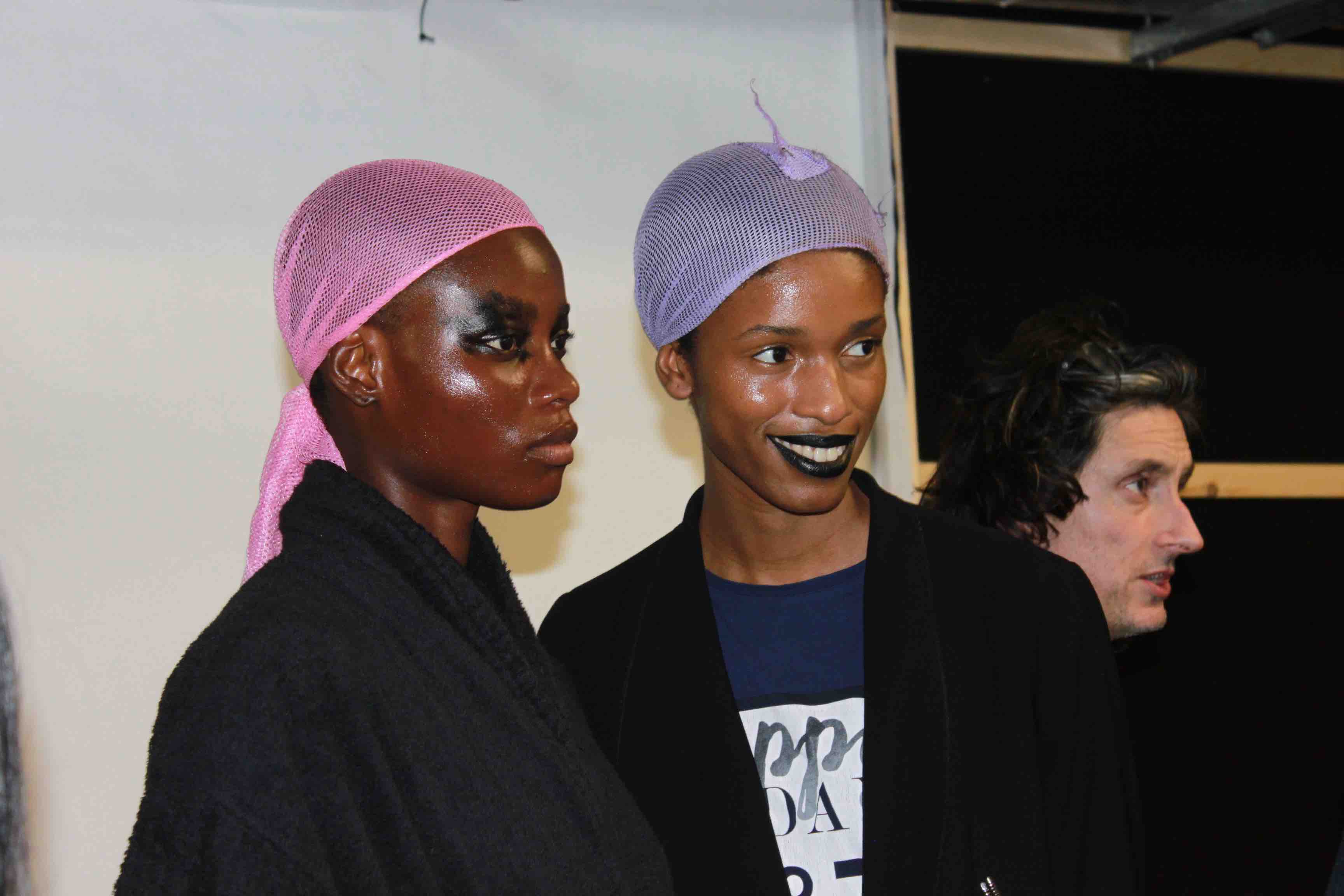 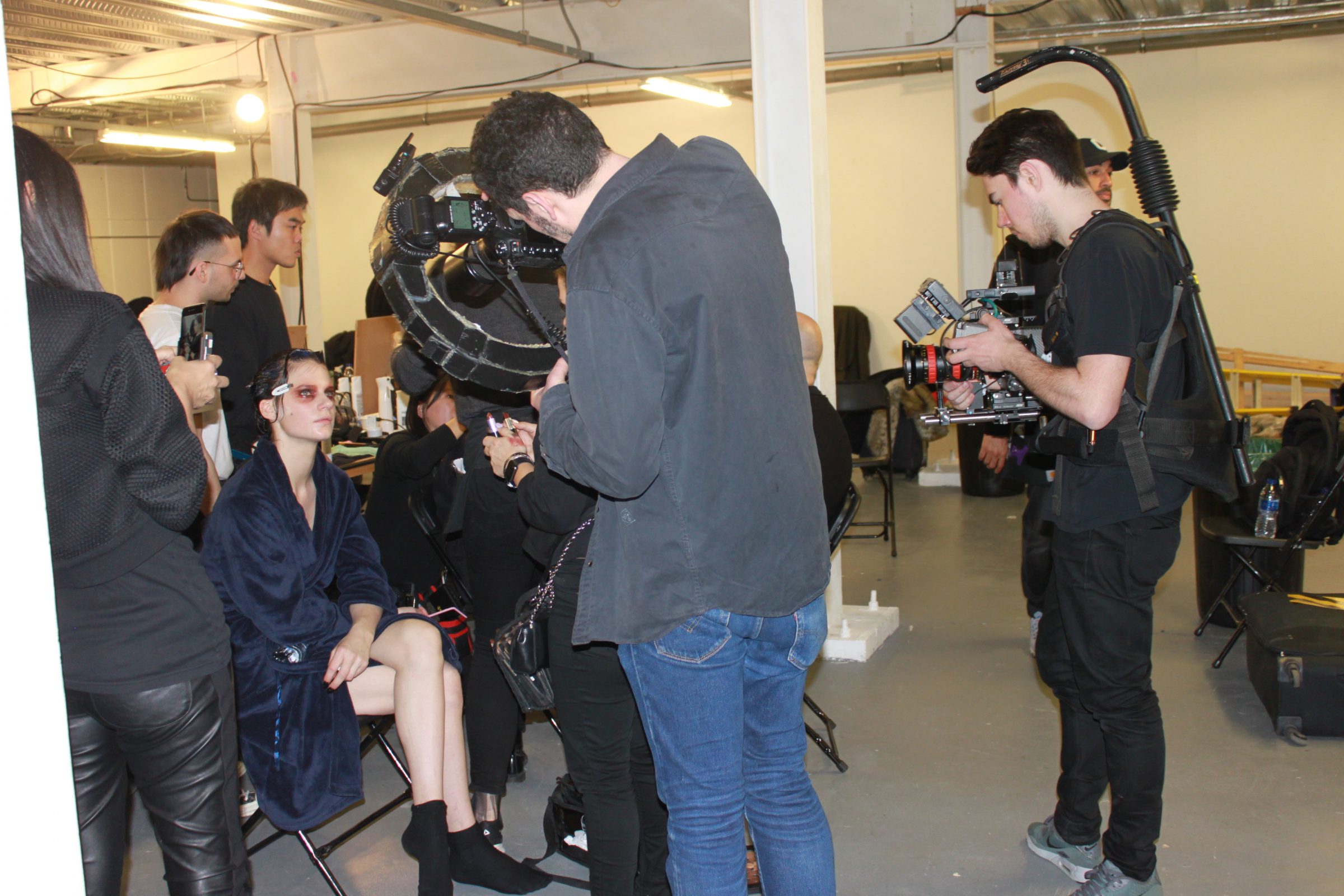 Models getting ready for their close-ups, backstage at Gareth Pugh AW18.