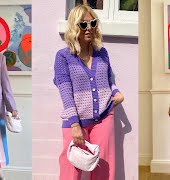 Whatever their size or shape, we need to stop thinking we have ownership over women’s bodies

Women of any size, any body, and any goal for that body, deserve complete and unequivocal ownership over themselves.

“My body is changing but I’m going to keep appreciating it from every angle”. Pop star extraordinaire and body positivity activist Lizzo shared another joyous proclamation of self-love on Instagram this week. She posed in her underwear, showing the difference that angles and lighting can make to how a body looks on social media, and vowed to appreciate hers from every view.

Throughout lockdown, like so many others, Lizzo has documented her daily activities on social media – the food she eats, the songs she’s written, the make-up looks she’s played around with, and how she’s been working out. Fairly standard stuff. But when you have a body like Lizzo’s, the act of simply sharing how you keep your body healthy becomes a starting point for debate.

The body positivity movement was historically founded by plus size women who felt that their bodies were shamed, excluded and oppressed in favour of slimmer ones. The way that fat people were treated, by the fashion and beauty industries, by the health industry, and even sometimes by their own employers, sparked a rebellion against discrimination, and a challenge of unrealistic beauty standards perpetuated by society.

Years on, unfortunately, not a whole lot has changed. Social media is now flooded with hashtags proclaiming that all bodies are beautiful, but these messages are, more often than not, accompanied by a picture of a slim, white woman, contorting her torso to force a roll into the frame. The plus size women, especially Black women and WOC, for whom this movement was founded, are harder to come by. Plus size women are still excluded in all the areas of everyday life that slimmer women take for granted – whether it’s shopping for clothes or going to the gym, fat women are made to feel that they are secondary, that their bodies are something to be altered rather than accepted at the point of entry.

Women of every direction

But while fat women who have no wish to alter how their body looks are as valid as anyone else, so too are those who seek a different direction for their bodies. Adele, who is famously elusive when it comes to interviews and social media, sparked thousands of opinionated tabloid headlines and tweets alike when she posted a picture of herself on her birthday earlier this year. The singer looked happy, healthy, and, yes, markedly slimmer than she had in previous photos – but if she made no comment on her weight, why should the rest of us?

Many fans of Adele voiced their disappointment on social media at the singer’s apparent weight loss – a collective feeling emerged that one of the very few role models for plus size women was now gone, and women who had previously identified with Adele’s body shape were now left in the dark. But if we work so hard to give fat women the breathing space to simply exist without constant bodily judgement, shouldn’t we extend the same energy no matter what they choose to do with their bodies thereafter?

While Adele has rarely talked about her body in the past, she has outwardly supported causes such as the Black Lives Matter movement, supporting new mothers with postpartum psychosis, and the Grenfell United group, in memory of those affected by the disaster in 2017. Surely this is of more note than whether she does or doesn’t lose weight? If Adele doesn’t feel the need to address her body image, why do we feel the right to do so in her place?

Women of any size, any body, and any goal for that body, deserve complete and unequivocal ownership over themselves. Their desires, whatever they are, are no more or less valid because of their body shape. We need to stop believing the myth that we have ownership over other women’s bodies – at the end of the day, whether they lose, gain, or maintain their weight, it’s really nobody else’s business.

Read more: How to recognise depression symptoms in yourself and others

Read more: Too Black, too white: being mixed race in Ireland

Ask the Doctor: ‘My fitness tracker often tells me my heart rate is high, despite sitting at my desk or relaxing with my children — should I be worried?”