Surrogacy: The blurred lines when it comes to carrying someone else’s child

It is invasive, life-altering and emotional for all parties involved, but approaches to surrogacy and experiences differ dramatically as Amanda Cassidy discovers

There is a boom in pregnancy for profit.

Advances in technology in terms of IVF, a relaxing of cultural attitudes and the inclination to have children later in life have resulted in a demand for surrogacy.

And the process has great advantages and has brought joy to many, but the consequences of commissioning a life also have a human cost.

Baby Gammy hit the headlines a few years back when it was alleged his intended parents left him behind in Thailand intentionally when they discovered he had Down syndrome and took his twin sister Pipah home to Australia.

The court eventually ruled that the baby had not been abandoned, but in another worrying twist when it comes to child welfare of surrogate children, it emerged that the commissioning father had previous convictions of child sex offenses.

Surrogacy in Ireland is unlike surrogacy in most other places. Here is it described as an altruistic act based on mutual trust, expenses involved for the pregnancy are given to the surrogate mother, and no profit is made.

The rights of the surrogate mother are protected and the law is slowly evolving to take into account the rights of intended parents.

Approaches to surrogacy vary widely depending on where you live. In France, surrogacy is forbidden. Using women as the means to someone else’s end is seen as violating the dignity of women. In the UK, it is viewed as a gift from one woman to another.

In Russia, the US and Ukraine, commercial surrogacy is permitted on the basis that it is a woman’s autonomy to do what she wants when it comes to her body and her own free will. 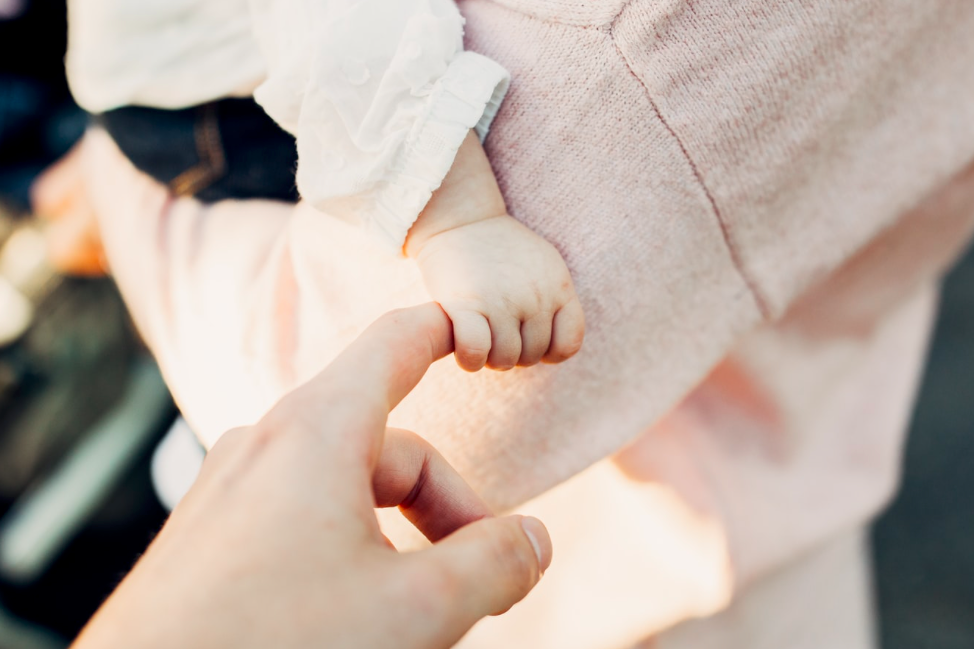 Westmeath-based Becky Loftus is a surrogate mother here in Ireland. A mum herself of four children, she says the stars aligned when she realised she could give her friends of 20 years the gift of having their own family.

“It was never something I initially had in my mind. Something that came about organically being the way with friends. I offered the option to carry it for them, it was the right time for both of them and me and we are lucky that it all worked out well.

“It’s been lovely to watch them bond with their baby, it is quite surreal. My attitude is that I grew their baby for them. Nothing more. The journey has been humbling, special and I feel so grateful I could help them on their journey to create a family.”

But the altruistic act of growing a child for someone else differs slightly when there is a financial transaction.

It’s something the main character in a BBC drama struggles with. Commercial surrogacy is illegal in the UK too. But in the hit series The Nest, a couple with financial means decide to turn to surrogacy and bump into 18-year-old Kaya.

The ethics of the agreement aren’t clear cut. The couple is rich and secure, Kaya is poor and disenfranchised. The altruism of the act is further compromised when she receives gifts and other monetary advantages for carrying the child. The question over exploitation lingers.

In other words, the lines when it comes to delivering someone else’s baby as an act of kindness are easily blurred.

But we live in a world where pregnancy intervention is common, if you are open to using other people’s eggs or sperm, then why not use their uteruses? Especially if you are prepared to pay.

Then there is the world of celebrity where the use of surrogates is increasingly common. Back in December, actress Cameron Diaz welcomed her daughter Raddix into the world along with partner Benji via a surrogate mother.

It’s reported that the couple enlisted the help of a surrogate after years of trying to fall pregnant. US Weekly reported at the time: “They went through so much to get to this point… Cameron feels like this baby is truly a miracle,” the source said.

Kim Kardashian is another who spoke openly about her decision to have her two second children, Chicago and Psalm via surrogate.

Our own Rosanna Davison also spoke openly and honestly about her surrogate journey. She welcomed baby Sophia last year, posting on her social media: “We’re completely overwhelmed with love and gratitude for our incredible gestational surrogate, who has given us the greatest gift of all and made our family dream a reality.”

In the US and beyond, there has also been a rise in commercial surrogacy among those who can carry their own baby but choose not to. It’s called social surrogacy and doctors like Californian-based Dr. Vicken Sahakian dismisses critics of the process.

I don’t want to disfigure my body

“If you’re a 28-year-old model or an actor and you get pregnant, you’re going to lose your job – you will. If you want to use a surrogate, I’ll help you,” he told The Guardian

He says that the typical candidates he sees are models and actors who are doing well but haven’t yet made their name. “They tell me point blank, ‘If I get pregnant, I will lose my part. I work, I don’t have time because of work. I model, I act, I look good like this and I don’t want to disfigure my body’.”

Gaining weight, stretching and changing goes hand in hand with pregnancy. And while it may be the most amazing thing in the world for many, for some it just isn’t.

On the surrogacy forums, many speak of their fear of childbirth, their fear of losing a partner because of the hormonal changes that come with growing a child, their fear of the process and the impact it might have on their appearances.

As long as people are willing and doing it for the right reasons, I see it as a very positive thing

But mostly they are women unable to have their own children and desperately trying to do whatever they could to make their dream of having a baby come true.

Helen Sharp became mum to 4-year-old Milo through a surrogate abroad. She also describes her son as her ‘miracle baby’. “Everything else had failed. We were at rock bottom. It seemed to be the last option. Without our surrogate, our lives would be a lot different.

“She’s helped us have a family and I know that the expenses involved have helped her own family too. As long as people are willing and doing it for the right reasons, I see it as a very positive thing.” 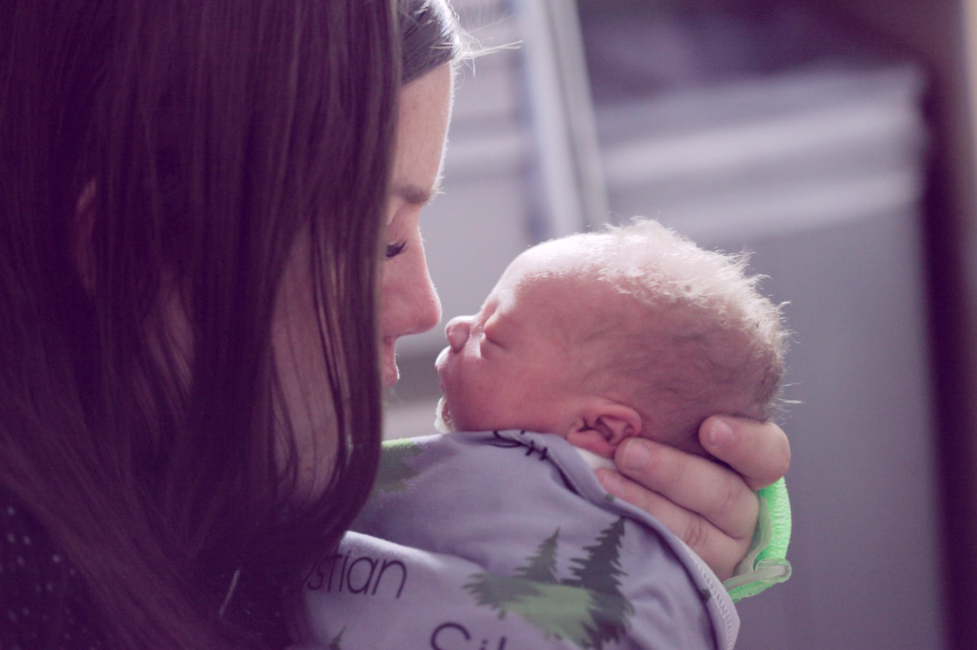 Writer Linsay Curtis had a different experience. She defied the experts who advised against childless women becoming surrogates and says the process broke her heart.

“It was impossible for me to know exactly what I would be going through during pregnancy and what I was giving up post-birth, having never experienced motherhood before.”

She described as giving the baby over as a grief of sorts. “After Natalie was born, I turned to online forums to seek comfort and camaraderie from other surrogate mothers.

“Through the message boards, I found a small group of women who shared my experience and feelings, most of whom had their own children but still struggled with feelings of loss after the births of their surrogate babies.”

A study of over a thousand women carried out by Oxford University found that those who had giving birth to a surrogate child had no psychological ill-effects even up to 10 years after birth.

“All surrogates reported that their expectations of their relationship with the intended parents had been met or exceeded and most reported that they had no regrets over their involvement in surrogacy,” explained the research.

Becky Loftus agrees. She says that becoming a surrogate mother was an amazing experience and that she also has no regrets. She says it is important that everyone goes into something like this with their eyes open.

“It was a special journey that we shared together. A group journey. And while I don’t feel a strong bond with the little boy I was surrogate for, there is of course always a special place in my heart for the relationship that he has with our family.

“We all went through this together. We all came out of it happy. And that’s pretty amazing.”

Welcome back, September! Here’s a guide to getting structure back in your life