The Mayr Cure: What is it and why is everyone suddenly talking about it?

It is billed as an intense 7-day detox programme designed to get rid of toxins and leave you feeling toned, vibrant and full of energy, the Mayr Clinic in Austria is said to be life-changing. But is it just another holiday venue for rich hypochondriacs?

We all know that extreme diets are now two-a-penny, but there is something about descriptions of the Mayr Cure that makes it impossible to look away – like watching every moment of First Dates or the part in Love Island where they take the lie-detector test. There is a sense of increasing horrification but you simply can’t not watch. First made popular by the genetically gifted Karlie Kloss, on further investigation we discovered that Suki Waterhouse, Kate Moss and Cara Delevingne are also fans of this hybrid detox programme that promises to leave ‘patients’ reborn, revived, re-centred and, of course, thinner. 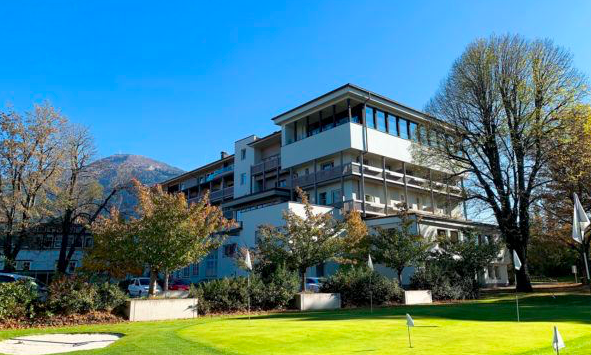 Developed by Franz Xavier Mayr in Austria in the early 20thcentury, the programme focuses on rest, cleansing, training and supplementing. The idea is that patients spend a week at the lakeside retreat called Viva Mayr Clinic – an alpine lodge overlooking Lake Altaussee in Austria for around €5,000-7,000.  Due to its popularity, two years ago, a sister clinic opened in London.

The ethos of the Mayr cure centres around the gut and how the immune system originates there. According to the medical director of the clinic, Dr Christine Stossier, we are all guilty of ‘auto-intoxication’  or in other words, poisoning ourselves by ingesting the wrong things which our body finds it increasingly difficult to get rid of. “Our bodies are ill-equipped to deal with what we eat – namely the quantity of “gluten, manipulated dairy and low-fat foods,” she says– but more importantly, perhaps, the way we eat it: “quickly, as snacks, with little variety and, when we eat in restaurants, without much attention to the freshness of our vegetables”.

The golden rules of the Mayr method are: that it’s not so much what you eat as how. Consume slowly: chew each mouthful 50 times or more until liquid. Try to taste: don’t talk, read, email or watch television. Drink a lot between meals, not during them. Meanwhile, rest your system for four to five hours between each sitting, meaning no snacks. Set a rhythm for your body by eating at the same times every day. Eat as little as possible in the evening (the digestive system requires rest). 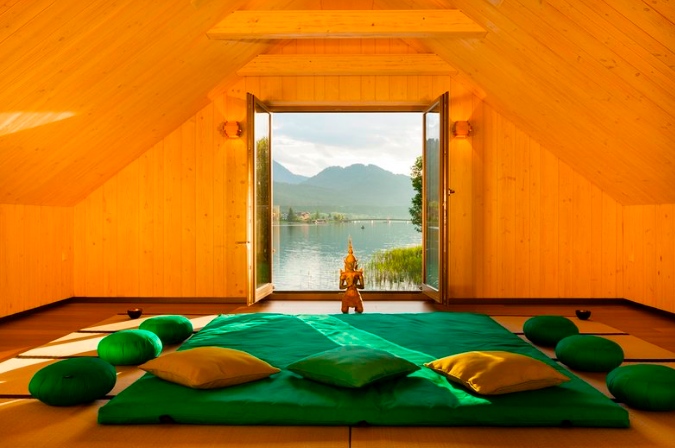 So Franz Xavier was into the importance of gut health before it became trendy. But here’s where it gets super intense. With the emphasis on strict cleansing of the digestive system, patients must chew food at least 50 times and consume around 600 calories a day.

Epsom salts, water and goat’s cheese (lactose-free), are central themes. The programme is as notorious as it is successful (Vogue staffers and oligarchs are among the clinic’s regulars), and it’s generally booked up all year.

But its reputation as a venue for the rich and famous has created a mystique. Especially as what really goes on behind closed doors is notoriously private. Spectator writer, Constance Watson gave us a glimpse into her experience at the Mayr. “Of course, there is some food, but I can’t pretend there’s enough to distract from the agonising pangs of hunger. What little there is is phenomenally delicious. Breakfast is yoghurt and a spelt cookie, lunch is a three-courser: celery soup with truffle foam, followed by truffled gnocchi on tomato ragout with spinach, oven tomato, courgette and potato-alkaline sauce. I couldn’t quite work out if it was delicious because I was starving, or delicious because it was delicious.”

But The Guardian’s Harriet Green says the sheen of glamour wears off very quickly. “I’ve read enough about the place to know what will happen: forgive me, but explosive diarrhoea is a guaranteed feature for the first few days. This is why there are loos everywhere, and why normally polite people break off conversations abruptly and start to run. Days start early – which is not really my thing. On top of that I have to get various timings right: rise at 6am, drink Epsom salts with an alkaline powder, wait at least half an hour till breakfast, hoping that you have enough time for it before the Epsom salts get you rushing to the loo, and try to complete the gruesome morning evacuation before the first treatment starts, often at 7.30am.”

Harriet says things liven up a little with the arrival of a well-known fashion designer. “He seems visibly upset about the tiny portions. He and his partner are soon joined by a chatty Kuwaiti in her early thirties who says she has been at the clinic for five weeks. The three have extensive and enthusiastic conversations about weight loss and body image and the merits of liposuction which gives me something to think about while I chew.”

Nel-Olivia Wag is a regular guest at the VivaMayr – she says learning about the Viva Mayr philosophy was life-changing: “There is no other place in the world, that has shaped and changed my view on healthy lifestyle more than VivaMayr did. For over four years I have been a regular guest of the holistic health clinic. The typical reasons why guests visit Viva Mayr are for weight loss, to de-stress, to recover pre- and post- surgeries, eating and hormonal disorders or simply to reach a better wellbeing and a healthier you. Although phones are strongly frowned upon, you will be surprised, how quickly you meet new inspiring contacts throughout your stay and start talking to strangers at times, you’d otherwise be staring at your phone.

“Don’t be surprised, when you suddenly end up sitting next to Kate Moss or Christian Louboutin, while doing a Nasal-Aroma Therapy or a detoxing foot bath.” 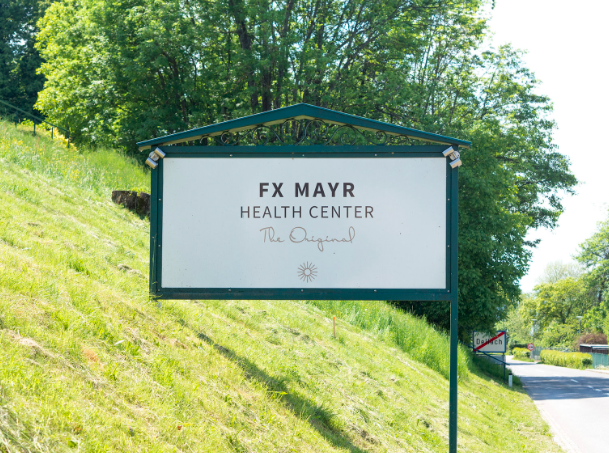 Of course, you can adopt the same philosophy at home without the outrageous prices by simply eating with consciousness, chewing your bite at least 30 times, drinking two litres of water every day and not eating raw food after 4 pm. But although some swear by the Mayr Cure, many in the medical industry dismiss these types of intense detoxifications as unnecessary. They argue that our body is perfectly designed to eliminate toxins in a more natural and less invasive way.

I have a feeling that, like everything, the reality is a little in the middle – it is a mix of overtired clients craving healthy food and sleep, curious social climbers looking for A-lister shoulders to rub up against, those truly dedicated to self-love (or self-torture depending on how you look at it) and the genuine wellness obsessed.

Ask the Doctor: ‘Nearing 50, I’m beginning to worry about my heart health. I’ve seen that atrial fibrillation affects many — what can I do to make sure I remain healthy?’

How to make comparison a motivator instead of torture