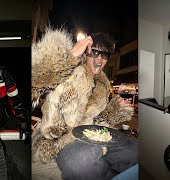 If starting or expanding your family is number one on your agenda, no doubt you’ve heard the news: the Irish State will be funding IVF from next year. But what exactly will state-funded IVF entail? Who’s eligible? Will the funding go far enough? And how does it affect families who don’t have time on their side? Amy Lynch explores these important questions for IMAGE.

The HSE estimates that 1 in 6 heterosexual couples in Ireland may experience infertility, and there are around 6,000 cycles of IVF treatment completed in Ireland every year. Minister for Health Stephen Donnelly recently announced that €10 million was allocated in the budget towards publicly funded IVF treatment. However, he notes that it will take a number of years to “fully build up” the system to a State-funded IVF model.

MEP Frances Fitzgerald stated “I welcome the announcement of state funding for IVF in Ireland. This is something I have long called for. Ireland currently ranks 40 out of 43 states in fertility treatment policies. Countries across Europe fund IVF treatment, it is time for Ireland to do the same.”

The full outline of the scheme, including whether it’s means tested, is yet to be worked out, but it’s thought that around 3,000 couples may be able to avail of publicly funded IVF next year. It’s also being proposed that IVF treatment would be provided initially through private clinics and that public clinics will eventually provide the State-funded service.

Under the new Assisted Human Reproduction legislation, all assisted human reproduction, including IVF, will be regulated. It’s hoped that this will result in treatments being conducted in a more consistent and standardised way, with better oversight. The bill will also allow surrogacy to take place in Ireland.

However, Professor Mary Wingfield, Clinical Director of the Merrion Fertility Clinic, warned that the bill may preclude women from freezing their eggs. She called on the Government to amend certain aspects of the bill, which is due to be reviewed before Christmas.

Deputy Anne Rabbitte, Department of Health, commented, “Ireland is very much an outlier internationally. The State is not funding advanced AHR treatment, and we do not have a specific regulatory framework in place in respect of this area of healthcare.”

Speaking about the state funding from next year, Waterstone Clinic stated “we welcome the news that the Irish government intends to publicly fund IVF from late 2023. Ireland has lagged behind other European countries in its support of those who need assistance to build their families, and this announcement is long-awaited. We understand from the media that a fund of €10 million will be available initially, with services provided through private clinics. The government has not yet communicated with IVF providers to make plans, and we have no information on who will qualify for funding, or what services will be covered.

“We hope that the assistance will be universal and that it will cover the full range of services, including Pre-implantation Genetic Testing to avoid the risk of a patient’s child inheriting a monogenic disorder that runs in their family.

We hope the government will specify its plans as soon as possible and we look forward to this step of making treatment more readily available to all, without delay.”

In an Instagram post, Dr. John Waterstone, leader and founder of Waterstone Clinic, expressed his happiness at the announcement but raised questions regarding the eligibility criteria that will be used. “So, just to give our patients some idea about the developments in funding for IVF treatment. We in this clinic very much welcome the promises made by the government about funding for IVF. They have been promising funding for years but now it seems to be becoming a reality.

“In terms of exactly how it is going to work out, we don’t know the precise details, it says there will be €10 million allocated to funding IVF, and it will fund IVF treatment cycles which will take place between September 2023 and the end of 2023. And there is talk that further money might be allocated in the following year, that is 2024. We don’t know how patients will qualify for this, in other words, is it universal? Will everybody be allowed a free cycle? Will there be stipulations as there are in the UK?

“In the UK, even though the NHS provides a pretty good standard of care across the board for most things, the proportion of IVF cycles that are funded by the NHS free of charge in the UK is only about a third of all the cycles that take place. They have rules such as the age of the women concerned – if the woman is older than, say 40, because her chances of success are less then it is less likely that she will have her IVF funded in the UK. Some of the health authorities have stipulations about weight. If the woman is too much overweight, they may not fund the treatment. If she’s a cigarette smoker, they may not fund the treatment. If the woman has a previous child even in a previous relationship, sometimes that stands against the possibility of being funded.

“I’m not saying we’re going to copy what happens in the UK, but you’ve got to think about the likelihood. The department of health will look to the UK in terms of making the rules as to who is eligible for funding and who isn’t.

“Overall we would very much welcome the development. It breaks my heart to see patients who very much want and need another treatment cycle but are struggling to pay for it because IVF treatment is expensive. It’s a fantastic development.”

At present, about 9,000 couples avail of IVF from private clinics around the country, with others traveling abroad for this treatment. At around €5,00 per cycle, IVF is something that many couples struggle to afford, particularly if multiple cycles are needed. June Shannon is a journalist who gave birth to her “little miracle” at 44. “We spent €25,000 on IVF treatment, no guarantees, years of heartache… we were lucky it worked eventually. We are still paying back the Credit Union years later.”

For many women, the fertility clock is ticking. By 30, a woman’s fertility declines, and by 45 pregnancy is unlikely for most. In Ireland, 43 is the usual cut-off point for IVF with a woman’s own eggs. With the state-funded IVF not due to come into effect until next year, the pressure is on for many.  “My overall opinion on the budget announcement regarding state funding is that I will wait to see the details,” says June Shannon. “There haven’t been any real details announced so until they have been announced I remain sceptical, unfortunately. I would just urge everyone who needs fertility treatment not to wait for government funding because they may be waiting a long time and as we know, time is one thing people who need treatment don’t have.”

‘Everyone said I’d make a great mum. I always assumed it would just happen’

To celebrate success, first define what it looks like to you