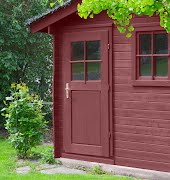 From benches and sheds to your front door: a guide to painting outdoor wood

‘I’m being followed again.’ This is what racial profiling looks like in Ireland

Racial profiling is a common problem in this country. Angela O'Shaughnessy sits down with four people of colour and a sociologist for their take on the practice.

“That security guard is following us again,” Nigerian Irish-language broadcaster and writer Ola Majekodunmi tells me as she recounts being racially profiled while shopping with her mum as a child. It still happens often enough.

“I’m on guard a lot when I go to the supermarket and always feel kind of paranoid if I see a security guard. It’s always like, ‘Is he following me? Is it happening again?’ It’s that trauma where I’m hypervigilant because I’m always being watched, always under surveillance.”

Billionaire Oprah Winfrey, former President Barack Obama and countless other Black celebrities have spoken about the practice. Racial profiling when accessing public services is a common occurrence when you’re Black, and it encompasses much more than racial bias in policing. It typically involves being followed in grocery stores and shopping centres or questioned, stopped and harassed by security.

“The amount of security guards that have followed me in shops!” says Leon Diop, co-founder of Black & Irish, who is Black and Irish. “When I’m with groups of white people, I don’t face problems, but when I’m with a group of Black people, you can bet there’s going to be a problem… It’s quite upsetting, humiliating and frustrating.”

When I’m with a group of Black people, you can bet there’s going to be a problem… It’s quite upsetting, humiliating and frustrating.

Institutional bias and barriers to justice

Historically, Irish Travellers, and more recently, Roma people, have been at the heart of the debate on racial profiling in Ireland. But less is known about the Black community’s experiences, and the reasons are multifold. Many want to avoid unwanted attention or embarrassment, others have insecure legal status, some have already received police cautions and almost everyone feels it’s pointless to complain.

Taking up a court case is costly and can easily deter those affected from engaging with the justice system. Between the police and the criminal justice system, data from the Irish Network Against Racism also reveals high levels of racial bias when engaging with Irish authorities.

In 2019, the High Court awarded Diop €500 for a defamation case that he believes was racially-motivated. Two Luas security guards stated they tried to remove Diop and his brother from a tram after a group of Black youths hadn’t paid the fare. However, the reason he was approached was overlooked by the court.

Diop has also encountered racial profiling while accessing housing, nightclubs, stores and in his encounters with the police. “My earliest memory is when I was 15 and walking to a shop with a friend. We were stopped and frisked in the middle of the street. I asked why it was happening, and was told someone was wearing a blue Columbia jacket causing problems.” It wasn’t them.

51% of African-descent people in Ireland report facing racism in everyday life, but no official data is collected on racial profiling. While the practice is illegal, it falls under the Equality Act, which outlaws discrimination on nine grounds. But obvious acts of racism such as hate crime are more likely to be recognised as the covert nature of racist microaggressions like racial profiling in shops go unchecked.

From a legislative perspective, if the data doesn’t exist, neither does the problem. And when those targeted don’t speak out, it’s impossible to track. Tools like the iReport Racism Reporting System are left to fill in the gaps based on self-reported anecdotes.

“If an institution fails to mitigate the discriminatory practices which normalise racism, it is, in effect, institutionally racist,” says Dr. Lucy Michael, an Irish sociologist, researcher and Commision Member of the Irish Human Rights & Equality Commission.

“We don’t have a law against racial profiling despite the United Nations telling Ireland we should introduce one, and the government has no intention of doing that.”

“If an institution fails to mitigate the discriminatory practices which normalise racism, it is, in effect, institutionally racist”

An emerging body of research has shown a direct correlation between discrimination and worsening mental, emotional and physical health – from causing high blood pressure and anxiety to full-blown PTSD. Between the barriers to challenging the problem and internalising everyday slights, Black people experiencing racist microaggressions often feel as if they have little recourse.

Majekodunmi says her encounters make her feel “belittled and small. It’s so degrading.”

Dami Olan, a DCU law student of Nigerian heritage, says he and his friends have frequently been profiled and followed in shops. “I can just tell that security is looking at me. I can feel it, even when I’m not doing anything.”

Through her antiracism advocacy and close work within Dublin’s Black community, Dr. Michael sees how pervasive the practice is. It’s been “extremely upsetting” to watch, she says.

Racist microaggressions since moving to Ireland prompted *Brita, a multiracial South African social worker, to enter therapy. “I’ve been followed in Tesco… It’s really taken a toll on my mental health. I ‘play small’ so I can get by and feel a sense of inclusion… which goes against everything I stand for.”

Frequent slights “impact my self-esteem, but I try to ignore it and go on with my day,” says Olan.

I’ve been followed in Tesco... It’s really taken a toll on my mental health. I ‘play small’ so I can get by and feel a sense of inclusion... which goes against everything I stand for.

Racism isn’t an abstract concept. It causes direct emotional and psychological harm to people everyday, during the most mundane activities, like grabbing groceries or walking home. But stamping out racial profiling is a tall order when it requires challenging deeper, anti-Black attitudes throughout society and is compounded by little acknowledgement of the problem and even less incentive to address it.

Both education and accountability are key to confronting this head-on, says Dr. Michael. “We do need that legislation,” alongside targeted education in schools, the workplace, in the provision of goods and services, she says. She believes renewing the National Action Plan Against Racism, which lapsed in 2009, is an important step in the right direction.

Many thought Diop’s €500 award was a slap in the face, but he thinks justice was served. “They could’ve awarded me one euro. I wanted them to know they’d done wrong, that they shouldn’t treat people like that. Ultimately, I got the win that day and I would’ve pursued that to the end of the earth.”

“If you’re not going to do it for you, think about your children or family. Speak out, document it, and then we’ll finally start to see the figures.” he says.

* Name has been changed to protect identity

Life with Meghan helped Prince Harry understand unconscious bias. Here are the best resources to do just that

Life-changing stories: ‘I work in the Rotunda performing C-sections on Covid patients’

Dr. Niamh Daly speaks candidly to Amanda Cassidy about the challenges maternity hospitals face and the heartbreak that comes with the job.

My husband left me with four young children, cleared out our savings account and disappeared

It's been 11 years since Alice Sommers' husband departed Ireland for unknown foreign lands leaving her with money struggles, damaged children, NAMA negotiations and the eventual loss of their family home.

French philosopher, Charles Péguy had the right idea. He said...

According to the research, negative feelings are much more ‘contagious’...

Filomena Kaguako: Burlesque reminded me that I am sexy, and my own worst enemy

After being in a room full of strong women drawing upon the audacious confidence of burlesque, Filomena Kaguako found her confidence

When it emerged when week that the Cabinet Sub-Committee on Covid-19 has no women sitting on it, many were disappointed but not surprised.