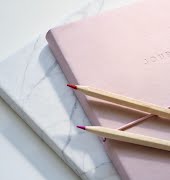 Light was an issue in this old Co Dublin home, but a stylish extension means...

The Personal History of David Copperfield

Actors live in a world of make-believe. They assume the roles of different characters in an effort to help tell a certain story. New accents, severe haircuts, prosthetics, drastic diets… the craft requires the utmost dedication and it’s one few are really cut out for as a result.

But while audiences know that what they’re watching is not true to real life (even non-fiction is often fictionalised to a certain extent), people still seem to get bogged down in the details; why a brown actor was cast to play a white author for example.

Opening up about his struggle to find his rightful place in the industry, Dev Patel told The Guardian that he sometimes questions where he’s “allowed to exist” in the world. Nabbing himself a breakout role in the 2008 hit Slumdog Millionaire, the actor admitted that he expected to land bigger parts following the movie’s success… but they were few and far between.

Those that he was offered, played into the stereotypes and, often he’d have to “wait for an Indian role to come by” which required him to “put on a thick accent”. “There wasn’t anything else,” he said. “It was literally clichés: goofy sidekick, taxi driver.”

Unfortunately, not an issue isolated to just Patel, he noted that his ex-girlfriend, Freida Pinto, found herself in much the same predicament as well. “I was dating my co-star at the time, Freida, and she went on to do all of these amazing things. But in a way, she, too, was being type-cast, as this exotic beauty next to all these Caucasian leading men,” he pointed out.

Establishing himself as a seasoned professional turned out to be much more of a slow burner than he probably anticipated, but Patel has played many a role in the years after his feature film debut as Jamal Malik. Appearing in several of the biggest movies of the past few years, his body of work has expanded to include parts in Hotel Mumbai, The Best Exotic Marigold Hotel, Lion and, The Wedding Guest to name but a few.

Not forgetting more recent roles The Green Knight and The Personal History of David Copperfield, the latter of which saw him cast as the title character, a white author. However, while his own catalogue of jobs has evolved since his first part as Anwar Kharral on Skins, people continue to question him irregardless of whether he’s playing a British character or an Indian one.

So much so that Patel felt the need to apologise to director Armando Iannucci upon learning he had been given the part of David Copperfield, saying, “Look, I’m really appreciative, but I’m also sorry, because I know you’re going to face a barrage of comments.”

Which made the actor question his place in the industry. “You’re kind of like, ‘Where am I allowed to exist?’ How specific are we going to get with this? What does it mean to be an actor – to just be yourself? Am I only allowed to play a guy who’s 31 years old? Are you going to check my blood type?”

The very essence of acting is “to perform, transform, change”, according to him. “That’s the allure of the job… And sometimes I feel stuck in this cultural no-man’s land. I’m not British enough to be fully British, not Indian enough to be fully Indian”, he continued.

That being said, he does think that positive changes are being made. Things are “moving in the right direction”, he agreed. His friend Daniel Kaluuya just won an Oscar. There are “so many beautiful films in the mix now”. We’re “getting more nourished as a society” and we can see ourselves in the media we consume as a result.

Even David Copperfield is being shown in schools – a move that Patel feels is “more indicative” of the Britain he grew up in. “It makes it more accessible,” he stated. “I didn’t know what David Copperfield was. I couldn’t relate to that. Fifteen-year-old Dev couldn’t see his face in that, couldn’t understand it.” And he’s not alone in that. There are people out there grew up in the same position he did, who “share two identities”. Portraying that onscreen means that “people are going to relate to this material”.

While at school he withheld his immigrant heritage, Dev confessed that acting has helped him both find his way back to his roots but also move beyond it too. “I feel like, instead of seeing me as ‘the Indian guy’, people were looking at me as they everyman. And that was the place I always wanted to be. I wanted be part of that conversation. ‘Oh, you’ve got an everyman in a story – why can’t that be me?’”

He makes a valid point.

A simple and pocket-friendly guide to hosting Christmas

Irish star Laura Donnelly: ‘The fact that we are talking about me being in a Marvel project and I am not 21 is incredible’