Maura McElhone moved home to Ireland to have a child close to her family. But Covid-19 had other plans.

When I ‘unemigrated’ in 2014, leaving California after close to a decade there, family was the reason. I no longer wanted to feel like a visitor in the lives of my parents and siblings. As someone who had always wanted a family of my own, another, less immediate but equally valid motive was the desire for my parents and siblings to be regular fixtures in the lives of any children I might one-day be fortunate enough to have.

Just after turning 30, I gave up my relationship, my job, and the life I’d made for myself on the beautiful West Coast. I moved back to Ireland and started over. In the years that followed, I found love, I experienced loss, I wrote a book, I watched Parkinsons, Dementia, and Motor Neurone Disease darken the doorsteps of those close to me, and I saw siblings and friends find happiness and settle down. All of this I did buoyed and bolstered by family; at last, I had what I’d so often yearned for during my time in the U.S. Now that I was home, there was harmony to my days.

Then Covid cut in, drowning out all else, unwelcome and off-key. 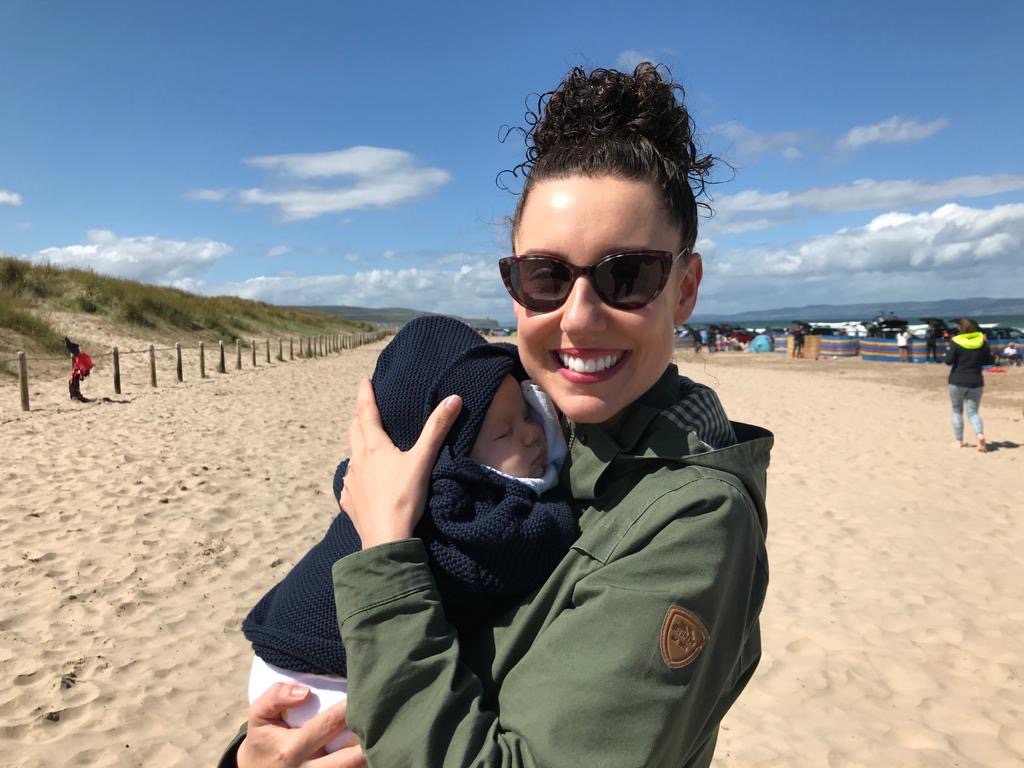 When I bid farewell to my parents in Portstewart, Co. Derry, at the end of February following an uneventful weekend visit, it didn’t cross our minds that by the time we would be reunited, a new life chapter would already be underway.

I was 28 weeks pregnant and “the Coronavirus” was still this abstract thing that we as a nation were conscious of if not overly worried about. Even when the country went into lockdown just shy of one month later, I didn’t panic; my due date was still a long way off. I looked forward to sharing the excitement of the final countdown with my family, to the phonecall home once I went into labour – my parents’ cue to jump in the car and make the journey south. I pictured them arriving at my bedside in Holles St. to meet their first grandchild.

With a mere 280 kilometers between us as opposed to the 8,000 of six years previous, our close family had never been farther apart.

But if man plans and God laughs, then Covid positively cackles.

As the weeks began to creep in with no signs of lockdown lifting, one after the other, the plans we’d made for visits and catch-ups were shelved; my sister’s 30th birthday dinner, Mother’s Day brunch, Easter, my baby shower.

With my parents and brother in the North, my sister and I in Dublin and Kildare respectively, and travel restrictions in place, we were, for the first time, truly divided by a border that had, since the Good Friday Agreement, been as permeable as it was invisible.

The irony of the division was not lost on me. With a mere 280 kilometers between us as opposed to the 8,000 of six years previous, our close family had never been farther apart.

After my waters broke at home in Maynooth at midnight on May 19th, my husband was forced to drop me at the entrance of the National Maternity Hospital, permitted to return only once he received the call that the baby’s birth was imminent.

When our son was diagnosed with hip dysplasia not 36 hours after his birth, I was alone to process the news that I would be bringing home my baby in a Pavlik Harness.

For the next six hours, on a darkened ward, behind a curtained cubicle, I laboured alone. Masked midwives and nurses came by when they could, or, when I pressed the emergency button yet again, frightened and seeking reassurance that the crushing pain, convulsing, bleeding, and nausea was, still, “perfectly normal.”

My husband was present for the birth, but required to leave two hours later. He wouldn’t see me or his son again until our discharge. With no visitors allowed, those two days in between were long and lonely. When our son was diagnosed with hip dysplasia not 36 hours after his birth, I was alone to process the news that I would be bringing home my baby in a Pavlik Harness. On the morning of our discharge, I, alone, had to learn how to change, bathe and handle him in that harness. For a first time mother still getting to grips with breastfeeding, nappy-changing, and running on only a handful of hours sleep over three days, it was a lot to take in.

It would be six weeks before my parents met their first grandchild in person; their first interactions with him played out exactly as I’d assumed they would never have to once I’d made the move back to Ireland – via video conferencing software. 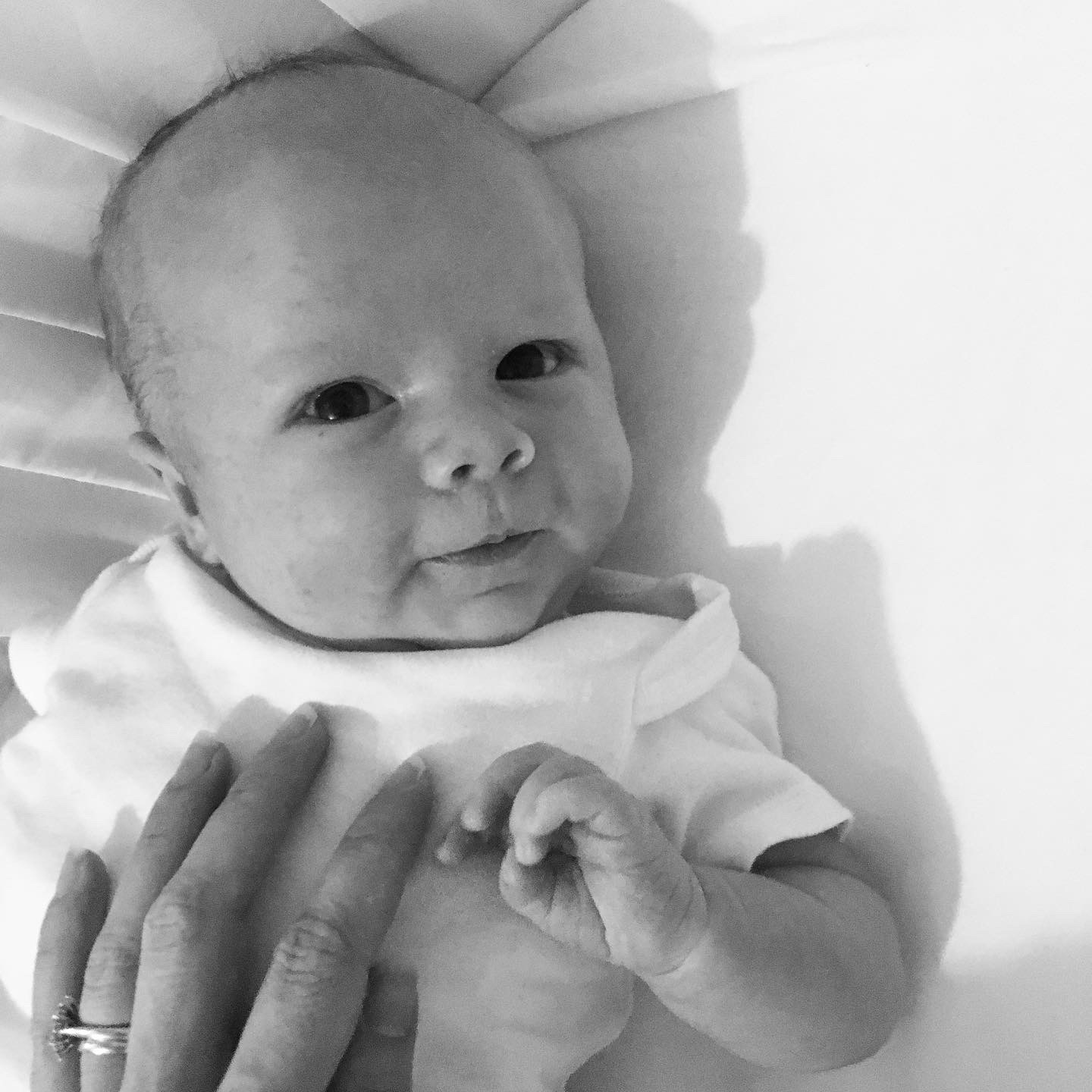 During my time in the U.S., I thought alot about the idea of ‘home’. How it is not the bricks and mortar inside which one wakes up and goes to sleep, nor the town where they were born. Rather, it’s something much less tangible – a feeling of belonging, of familiarity, of security. Many emigrants find it someplace other than the one they left behind. For others, like me, ‘home’ is wherever family is.

Whether divided by buildings or borders, counties or continents, right now, we are all likely missing someone or something. In harbouring that same void, in feeling the distance, we are, all of us, together apart.

In this new reality, I wonder if ‘distance,’ too, has become something better measured in feeling, lockdown rendering the kilometers between us somewhat meaningless. Perhaps ‘distance’ these days is the experience of not knowing how long, exactly, it will be until we can see our loved ones again. Even if we will see them again, in some cases.

It wasn’t supposed to be like this. Not for me, not for any of us.

Indeed, if there’s any positive to be found in this strange new world, it’s in the solidarity that stems from separation. Whether divided by buildings or borders, counties or continents, right now, we are all likely missing someone or something. In harbouring that same void, in feeling the distance, we are, all of us, together apart.

At the time of writing this, Kildare’s lockdown has just been lifted. In these first three months of their grandson’s life, my parents have seen him in person only twice. His name is Comhghall. It means, “fellow hostage.”

Related: Parents of babies born during the pandemic to get an additional three weeks of parental leave

Related: Motherhood and the ultimate taboo: ‘I love my daughter but I still have regrets about giving birth to her’

Related: Hazel Chu wants to speak to women who were pregnant during the pandemic