The entitled backlash when someone tries to set their own boundaries is concerning, writes Amanda Cassidy.

“One particular friend just couldn’t understand it,” Lauren explains. “She just kept saying you are shutting me out. You are rejecting me.”

After having a difficult year in which she started and dropped out of university, Lauren (20) decided that, for her own mental health, she’d have to set some limits when it came to certain friends.

“I wasn’t always feeling great after hanging out with her. Other times we’d have a great laugh but I knew I had to keep things on the surface in order to have a relationship with her. That was my choice but she just didn’t get it.”

Setting certain boundaries is a popular way to manage the things you can control in life. It’s a limit you place between yourself and another person or thing. It is the limit of how comfortable you are with another person’s physical proximity, behaviour, or words.

In other words, when you “set a boundary” you are essentially communicating what you are or aren’t comfortable with, or what you will or won’t tolerate.

But it doesn’t always go down well with those around you.

Recently tennis champion Naomi Osaka asserted her boundary. She decided not to do press interviews during the French Open due to poor mental health.

The media storm that ensured was a good illustration of how viciously the press and public can turn on someone who has chosen her head health over certain obligations. 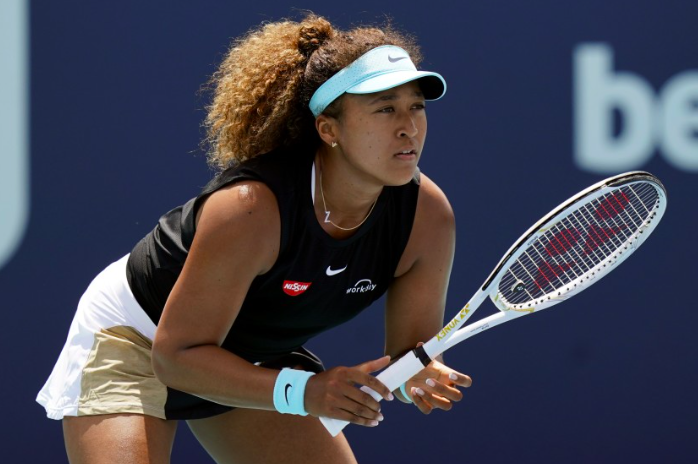 It is worth noting that other players who’ve suffered injury are exhempt from such press conferences. The issue here is that mental health should hold equal weight to physical health.

But let’s not squander the opportunity that Osaka has provided us with here. It’s a tricky subject but one worth understanding. This isn’t about controlling someone else. It’s about drawing some lines in the sand for what you are prepared to accept.

“It’s about boundaries and it’s about respect” Meghan Markle explained in the explosive Oprah interview earlier this year. She was talking about the expectations surrounding her role as a public figure once she married Prince Harry.

She explained how they were not asking for complete privacy, nor were they cordoning themselves from their roles as public figures.  Instead, she said, they just wanted to share “parts of their lives” they were “comfortable” with giving the public access to.

“There’s no one who’s on Instagram or social media that would say, ‘Because I shared this one picture, that entitles you to have my entire camera roll. Go ahead and look through it.’ No one would want that. So it’s about boundaries. And it’s about respect.”

Sarah (41) has a turbulent relationship with her mother-in-law. After years of passive-aggressive comments and allowing her to affect her emotionally, her therapist suggested she set some boundaries.

“I told my husband I’d see her on a Sunday. That I didn’t particularly need to be upset and made feel bad every time she called. So I created my own boundary. I’d put up with her on a Sunday and maintain the relationship on my terms.”

And did it work?

“She was furious with me. But she knew if she wanted to see me she’d have to respect my wishes. I find her toxic and yet I can’t totally walk away from this relationship either. This was my solution to quite an impossible problem.”

It’s time we took some lessons about the way we view mental health, and how we can do a better job of creating context-appropriate accommodations.

Stand firm in your decisions. It’s empowering to expect the respect you deserve.

This article was originally published in July 2022.

WIN a 24-week supply of Symprove for your gut health