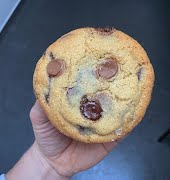 Many of us are struggling to maintain a healthy sleep cycle during Covid-19, explains sleep technologist Breege Leddy. But there are a few simple strategies to get your schedule back on track

The last couple of months have played havoc on our sleep schedules. There’s been late nights, sleep-ins and long weekends galore.

We spoke to sleep technologist Breege Leddy about sleep disruption during lockdown — and what we can do to fix it.

How can we break the habit of going to bed much later and then sleeping past the alarm clock?

The first thing I would say is, if you normally go to bed at 11, and you’re going to bed at 11 and it’s taking you quite a while to go to sleep — as in over 20 minutes — I would recommend that you just go to bed later, particularly if you’re getting up that little bit later.

And the majority of us are getting up that little bit later than normal but we’re still sticking to the same bedtime because we think it’s good to implement some routine and go to bed at the same time every night — but it’s not.

You have to recognise feeling sleepy and not just go to bed because it’s 11 and you always go to bed at 11. And if it’s taking you longer than 20 minutes to fall asleep, you’re going to bed too early.

But what about weekend lie-ins?

We all like the weekend lies-in but we tend not to have them because we’ve lost all sense of time and we don’t know the difference between the weekdays and the weekend.

However, we still have to remember that there is no weekend when it comes to sleep — it’s a seven-day cycle.

The guidelines recommend that you only have one extra hour of a lie-in at the weekend because if you push it more than that you are running into what we call social jet lag.

Social jet lag has the exact same effects you’d experience if you had gone on a nice transatlantic flight. I always say social jet lag is jet lag without the nice holiday in between.

If you’re getting up at 7am from Monday to Friday and then, at the weekend, you’re sleeping in until 10 o’clock, you’ve now pushed your body clock by three hours and you probably find on Sunday night it’s more difficult to fall asleep at your normal time and you’re also quite sleepy on Monday morning.

The rule of thumb is that your body recovers from normal jet lag at the rate of one time zone per day. So when you consider that three-hour social jet lag shift, it’s going to take your body three days to recover, so it could be the Wednesday by the time your body clock has come back into a normal pattern and then you’re nearly into the weekend again and you do it all over again.

Your get-up time is key to have a stable body clock as it anchors the whole circadian rhythm.

Is it true that an hour of sleep before midnight is worth two hours of sleep after midnight?

There are lots of sleep myths and that’s definitely one of them. The one thing to realise is that our sleep is a very organised pattern. And I suppose where this myth stems from is that we enter into our deepest stage of sleep usually within an hour of sleep onset and we do get the majority of that good, restorative deep sleep within the first third of the night, but we get that regardless of the time that we fall asleep. I think this myth probably stems from people trying to get their children to go to bed earlier!

Also, say for example that you’re a night owl and you’re constantly being told that an hour before midnight is better, you’re going to put a bit of pressure on yourself to try and sleep before midnight, but in fact, that can actually lead to a problem.

If you’re not genuinely sleepy you can’t make yourself sleep and stay asleep just because you want to do it. You have to stop looking at the clock on the wall and start listening to your internal body clock which is the circadian rhythm.

What if you’re finding it hard to get to sleep, no matter what time you go to bed?

The one thing we’re seeing right across the board and across the world is that people’s sleep has been really, really affected during this pandemic.

It’s a bit too early to know why that is because we’re only starting to do the research but in terms of insomnia, any kind of change to our lifestyle can impact our sleep — and we’re going through daily changes right now.

It’s a real time of worry and stress. We’re worried about our family’s health, our own health, there are financial worries. And it has a huge impact on our sleep.

It has to do with the stress hormone cortisol. If your stress hormone is high before bed — and a lot of us are reading the news before bed – it’s causing the hormone to be increased. And if we have higher levels of cortisol prior to bed, that leads to a very fragmented sleep. That’s when our mind starts to go into overdrive.

What about the vivid dreams we’re all having right now?

That’s another thing that’s being reported during this pandemic: The majority of people are experiencing these vivid dreams and there are a couple of reasons.

Again, it can go back to these higher levels of cortisol. If you’re a bit more stressed going to bed, that leads to sleep fragmentation or hyper-arousal, which means we’re more prone to having these brief awakenings.

We all dream — we have dream cycles during the night and we enter into our first dream about 90 minutes after we fall asleep, then the dreams get longer as the night progresses. However, we’re more likely to remember the dream if we actually wake up from the dream itself.

If you’re having more fragmented sleep then you’re probably more likely to wake up from the dream and hence you remember it.

I think the other thing that may or may not be a factor is we have our longest dream period at the latter end of the dream cycle. And nowadays there isn’t that mad rush to jump out of bed, get the breakfast ready, get the kids ready and get out the door to work.

We now have a bit of time to lie there for 5 or 10 minutes and now we’re remembering the dreams because sometimes we just tend to forget them.

Finally, if you’re really tired during the day, is a nap out of the question?

I know there is this whole idea that you need your 8/9 hours of sleep — you don’t. You have to find out how many hours you need on a consistent basis in order for you not to feel sleepy during the day.

If you still think you’re not getting enough and you’re waking up feeling unrefreshed, you have to find out if there is another sleep disorder there because there is actually over 80 sleep disorders in total.

If you have to get up especially early, say for a flight, and are going to a work event and you really, really need a nap, a 20-minute nap is the most refreshing nap you can have. So always time your naps.

If you only have a 20-minute nap you’re not going to go into a deep sleep in that time and you’re going to wake up more refreshed. However, if you wake up from a deep sleep you’re probably going to feel more groggy than before you slept.

Also, always try to nap earlier on in the day. Say for example you have a 20-minute nap at 7 o’clock in the evening and you get up and then go to bed at 11 o’clock or whatever, you have only built up a sleep debt of a couple of hours. And that’s really going to impact your night’s sleep.

Breege is the owner of The Insomnia Clinic.