Pilates teacher and neuromuscular therapist Gigi Tynan on how Irish sea swimming can benefit the body and mind.

The ocean has long been revered for its restorative powers – so, why aren’t we jumping in the Irish sea feet first with abandon?

For pilates teacher and neuromuscular therapist Gigi Tynan, sea swims have become an integral part of her wellness-focused lifestyle. In fact, having a dip has become such a source of joy that she wishes more people would take advantage of the seas that surround Ireland.

While Tynan has swum in the sea on-and-off over the years, she admitted that the extreme cold was always more of a ‘deterrent rather than a draw’.

“It wasn’t until late last year, when I was going through a difficult time, that this reversed. The icy cold waters became my place of calm and I experienced the true transformative capabilities of the sea.

“This mixture of cold salt water and deep, steady breathing relaxed me in a way little else could; I was addicted,” Tynan said. “My external troubles washed away with the icy waters, whilst a euphoric ‘post sea glow’ lifted my mood. My mind had clarity, and for those fleeting moments I knew everything would be okay.”

Braving the elements gave Tynan a “deep sense of achievement” once again and allowed her to take back control of her life. 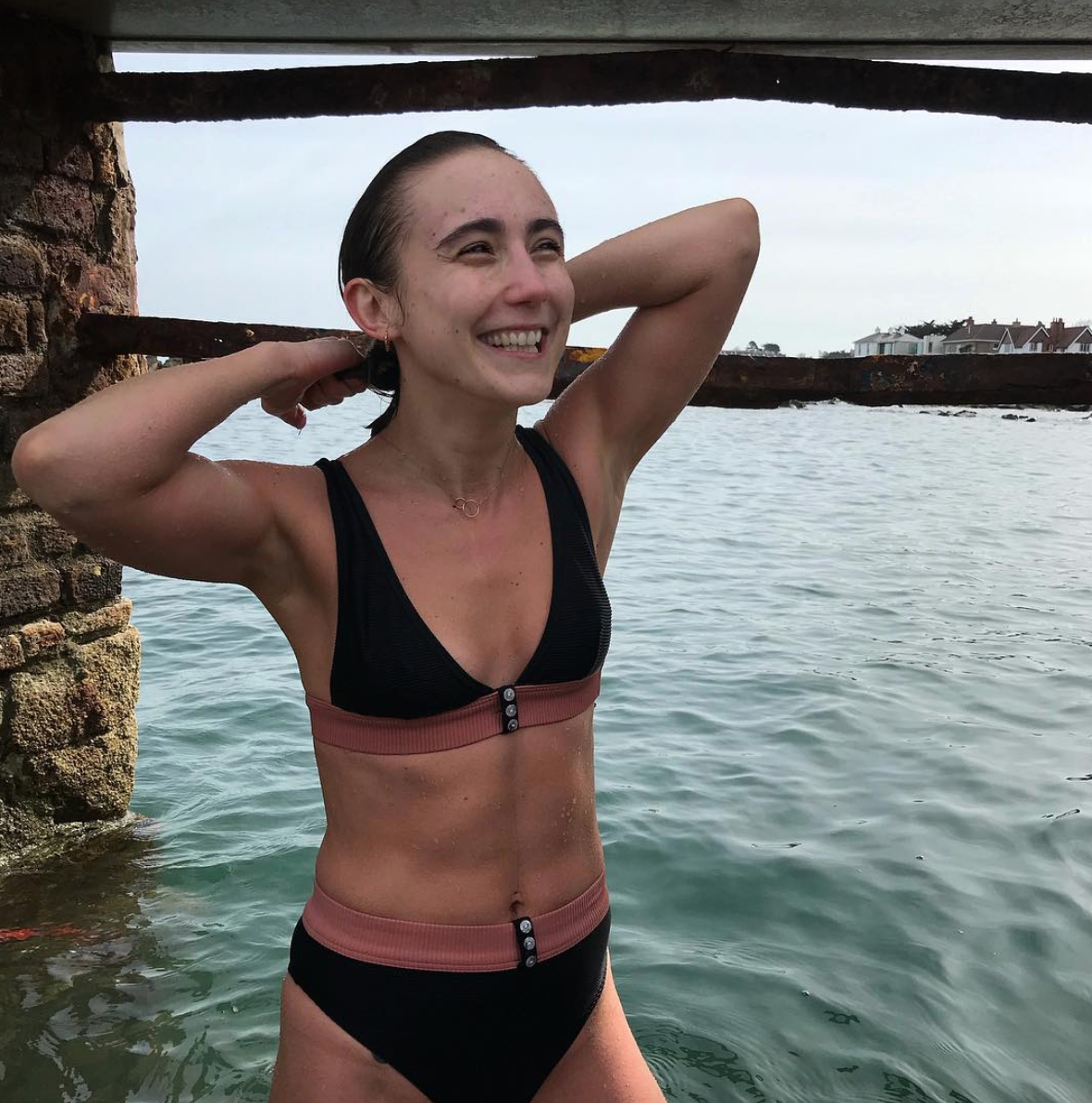 (Gigi Tynan, pictured above and below) 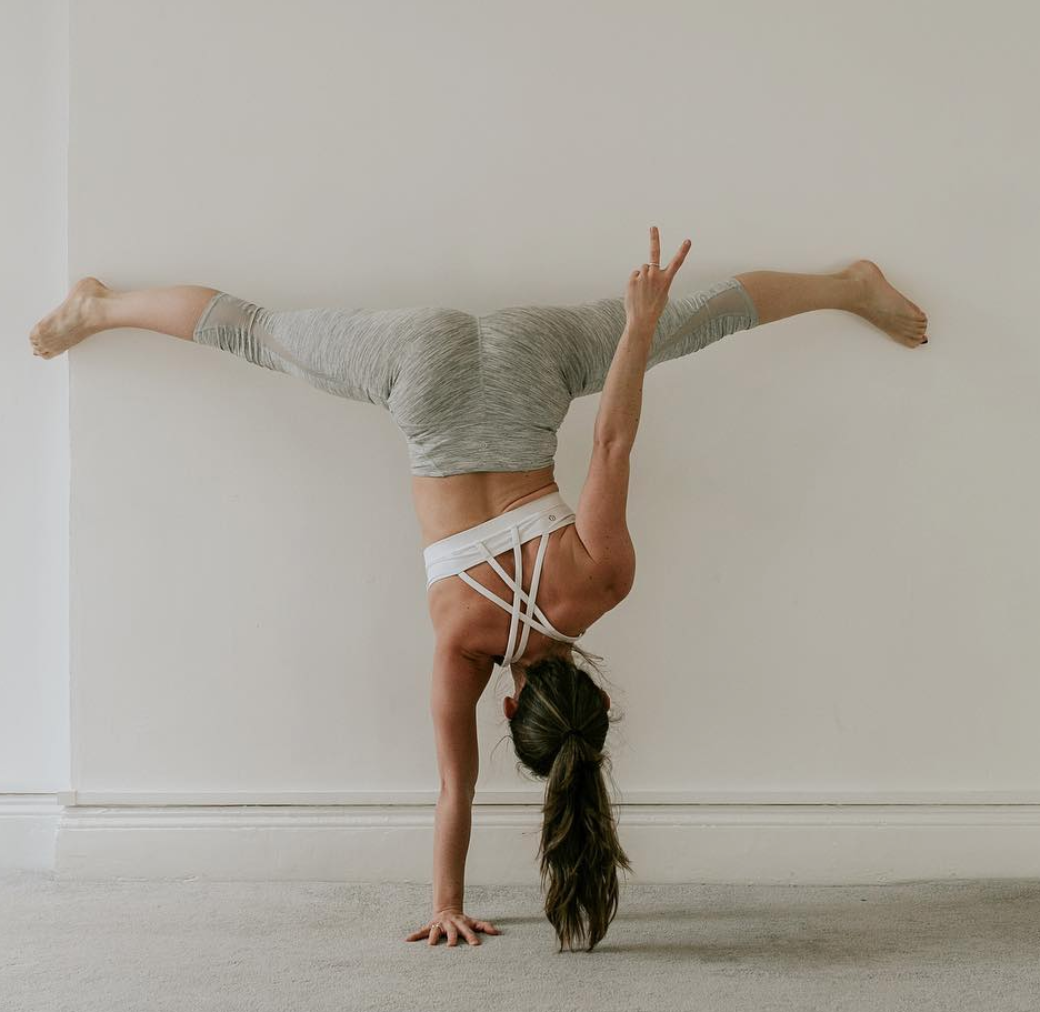 Beyond the almost-spiritual benefits of swimming in open water, Tynan noted that there are so many physical benefits.

“Swimming in the sea boosts your immune system; cold water boosts the white blood cell count as the body is forced to react to changing conditions. Over time, your body becomes better at mobilizing its defences,” she said.

“Endorphins are what the brain produces to make us feel good,” Tynan said. “Cold water brings us close to the pain barrier. Endorphins are released when we’re in pain to help us cope. That’s why so many studies have shown that swimming in cold water can improve mental health.”

Among the other reasons to go swimming in the often chilly Irish sea? It burns extra calories as your body works harder to keep itself warm. It enhances circulation as cold water flushes your veins, arteries and capillaries; forcing your blood to the surface to push the cold downwards, warming your extremities in the process. It even increases libido (!): “Cold water boosts estrogen and testosterone production, adding an edge to fertility and libido,” said Tynan.

However, Tynan noted it’s the mental benefits that she chases rather than the physical, not to mention the sense of community with those she meets at piers and shorelines early in the morning.

“Sea dips have brought such a great sense of community to my life; I’ve made incredible friends,” she said. “Now, no matter how difficult a week has been, I can rely on the sea and my newfound community to assist me in resetting. The cold brings the calm. The coffee, tea and chats afterwards provide the warmth. There is little that beats a ‘sip & dip!'”

Tynan’s French bulldog, Charley, is her latest companion too.

“She’s a little top-heavy so swimming doesn’t come naturally… yet,” Tynan laughed. “She loves being involved in the weekly ritual and is getting more used to the cold water. I’m not sure how much she loves the cold, but I do know she loves the community we’ve built.”

Among her favourite places to swim are the 40 Foot in Dublin, where she finds an “amazing atmosphere”, but her ultimate go-to is Dog’s Bay in Roundstone, Galway.

For anyone who is tempted by the allure of the Irish sea, Tynan offers the following advice.

“Go with a friend or a group; drag someone along if you have to. Company is key in keeping you accountable and encouraging you to commit. Take some deep breaths before whilst looking across the horizon, it will naturally calm you.

“Your initial reaction will be to get straight out! Fight it. Keep breathing deeply. You will adjust and overcome the fight or flight sensation. Finally, don’t panic. All will be well. Stay as long as you can the first time and build on that in subsequent trips. It gets easier every time.”

Once you’ve got that ‘just do it’ mentality down, be sure to pack accordingly.

“Two towels – one for the body, one for feet;  flip flops; comfy, cosy socks, and warm clothes for after – the baggier the better. It’s all about being good to yourself. Looser clothes make life all the easier,” Tynan instructed.

If you are looking to try out sea swimming for the first time but don’t have anyone to go with, check out Sanctuary Escape; a series of holistic events and retreats which Tynan hosts with chef Cliona Brenann.  Together, they host Sea Swim events a couple of times a year with the added bonus of movement workshops and delicious vegetarian food.

Adult acne: years of no summer dresses or swimsuits until she found her ‘cure’