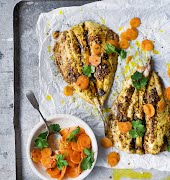 Garnering almost 40 Emmy nominations over the course of its first three seasons, ‘The Crown’ show has already proven itself to be a huge global success.

As anticipation for the upcoming season of The Crown builds, fans have already been pondering what lies beyond, with one burning question on everyone’s minds… will the show ever cover Harry and Meghan? According to executive producer on the show, Suzanne Mackie, that would be a resounding no.

I loathe to be the bearer of bad news, but despite the show’s unmatched popularity, producers have hinted that it’s unlikely the series will continue for much longer. Why? Mackie claims there’s a very simple answer. Speaking to Broadcast Now about the possibility of future seasons (season six has already been confirmed), she said, “Peter [Morgan, the series creator] has said it very articulately – that he simply can’t write something unless there has been time to gain a proper perspective. And I think he’s always felt 10 years is the minimum amount of time that he can see something in a historical context, to allow him to really understand it,” she continued. “I don’t think he’ll deviate from that.”

Commending Morgan for his ability to “get underneath” these stories that we all know so well, Mackie said that if he tried to do that any sooner, things would start to feel “contrived or artificial.” “So, although this has been an absolute career highlight for me, it will absolutely be time to move on,” she finished.

While that’s definitely not the news we were hoping for, it’s probably for the best. Tensions within the royal family are still high, so we reckon a bit of breathing room is very needed right now.

In the meantime, filming on season five is well underway with a view to it landing on Netflix sometime next year. Set to introduce several new cast members and characters to the show, it’s believed that the drama will pick up right where it left off in the mid-1990s – right around the time when Princess Diana met her tragic end.

Emma Corrin made her official debut as the Princess of Wales in the tense season four trailer for the show. Describing it as “the biggest learning experience and such a joy to be part of”, she recently spoke out about very “unusual” way she managed to land such a dream role in the first place.

Admitting that it sort of came to be by accident, it didn’t start with a traditional audition as you might expect and Corrin first grabbed show bosses’ attention when she was hired for a chemistry read while producers were casting for the role of Camilla. Not there to be judged on her own performance, her role was to facilitate a two-way dialogue between actresses so crew could get a feel for who would work best as Camilla.

“Peter had written some preliminary scenes with Camilla and Diana, and so they needed someone to read for Diana. So, I was like, ‘Okay’. It wasn’t an audition. I was being paid to be there, and I wasn’t going to be on camera,” she explained. Using the job as a sort of “trial run” of sorts, things went far better than Corrin could have anticipated and she remembers calling her agent immediately after and saying, “I really think something shifted in the room. I think they really liked me for Diana.”

We now know that her intuition was right and Corrin landed the job a couple of months later when she was called in for a proper audition for the role. Passing the baton on to Tenet star Elizabeth Debicki, she’ll take over as Princess Di for the final two seasons of the show – already saying that it is her “true privilege and honour” to be involved in such a “masterful” project.