Kim Kardashian West is known for a great many things. The sex tape that initially put her on people’s radar; the many larger than life characters of her extended family; having the world’s most famous behind: the list goes on and on.

What she is not, however, known for, is being particularly funny. While Keeping Up With the Kardashians has given us many hilarious moments over the years, any that involve Kim are usually others making fun of her. Kourtney reminding her: “Kim, there’s people that are dying” as she has a meltdown about losing an earring in the sea comes to mind. 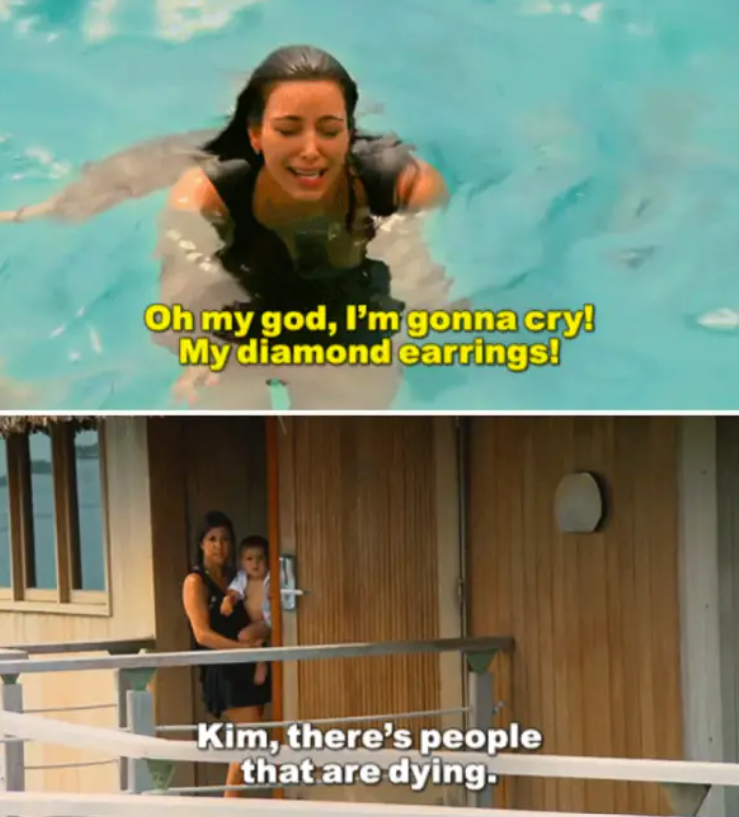 However, the reality star pleasantly surprised us all when she hosted Saturday Night Live at the weekend. Not only was she totally up for taking shots at herself, she also got involved in nearly all of the sketches, clearly not just agreeing to do the bare minimum.

Her opening monologue went straight in on the many aspects of her life that are ripe for jokes. She starts with a reference to her sex tape, jumps straight in on her domineering momager Kris, gets in a mention of her “perfect butt” and jokes that her sisters use her photo as a reference for their plastic surgeons.

The digs keep rolling, including a tongue in cheek mention of her father’s famous client, OJ Simpson, a reference to Kanye West’s failed run for presidency, and a remark about how the SNL audience was just a drop in the ocean compared to what she’s used to on Instagram.

One of the best sketches involved Kim pretending to be her sister Kourtney, playing a strict judge in a courtroom, which played well with the drama her family is known for.

Khloe got involved with a reference to Kim’s Met Gala outfit, and Kris pretended to sue Kylie for delaying her marketing strategy with her pregnancy. Travis Barker also made an appearance, getting steamy with judge Kourtney.

There was also a The Bachelorette-style spin off, with Kim choosing between a line-up of bachelors that included John Cena, Chris Rock and Chace Crawford, while she later played Jasmine alongside Pete Davidson as Aladdin.

Her shapewear line Skims was the subject of a sketch about “Skims for Thick Dogs”, which included a grumpy-looking English Bulldog, while another highlight was the Ladies Night Song, about four women who are out for the night and delighted to get a break from their families, only to be too tired to enjoy themselves.

She’s unlikely to be introducing comedy as one of her many streams of income any time soon, but Kim Kardashian proved that she’s willing to poke fun at herself, and it was surprisingly enjoyable.

Choosing a new paint? Here’s why you need to think about more than just the colour