Inside this extraordinary Portmarnock home with sustainable credentials

All roads lead to the sea, at least that’s how it appears from nearly every room in this beautiful Portmarnock home designed by Keating Architects.

Sitting comfortably on a sloping site in Portmarnock with views down to the sea to one side and mature trees to the other, this modern family home is tucked behind a stepped wall so you have to drive right around before you get your first real peek. But it’s worth the wait. 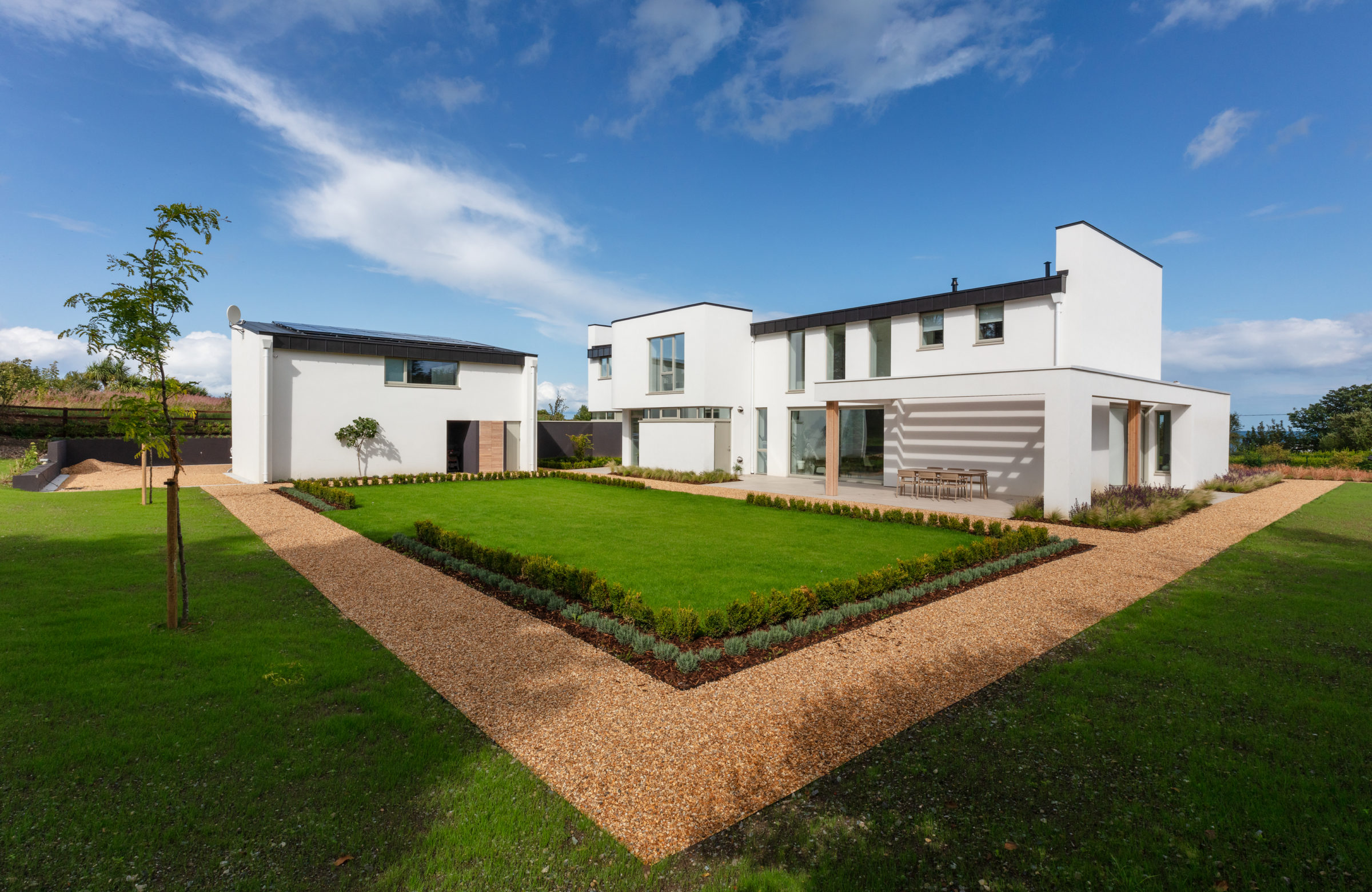 Designed by Cork-based architect Paul Keating, it’s a private yet open-plan home that’s got modern family living and sustainability at its core. Owners Alan and Shirley had been living in Malahide for years before deciding to buy the site and knock the existing 1930s concrete house, which missed out on the site’s sea views. Completed in 2019, the new house is now a calm and comfortable family home stepped into the site’s six-metre slope. 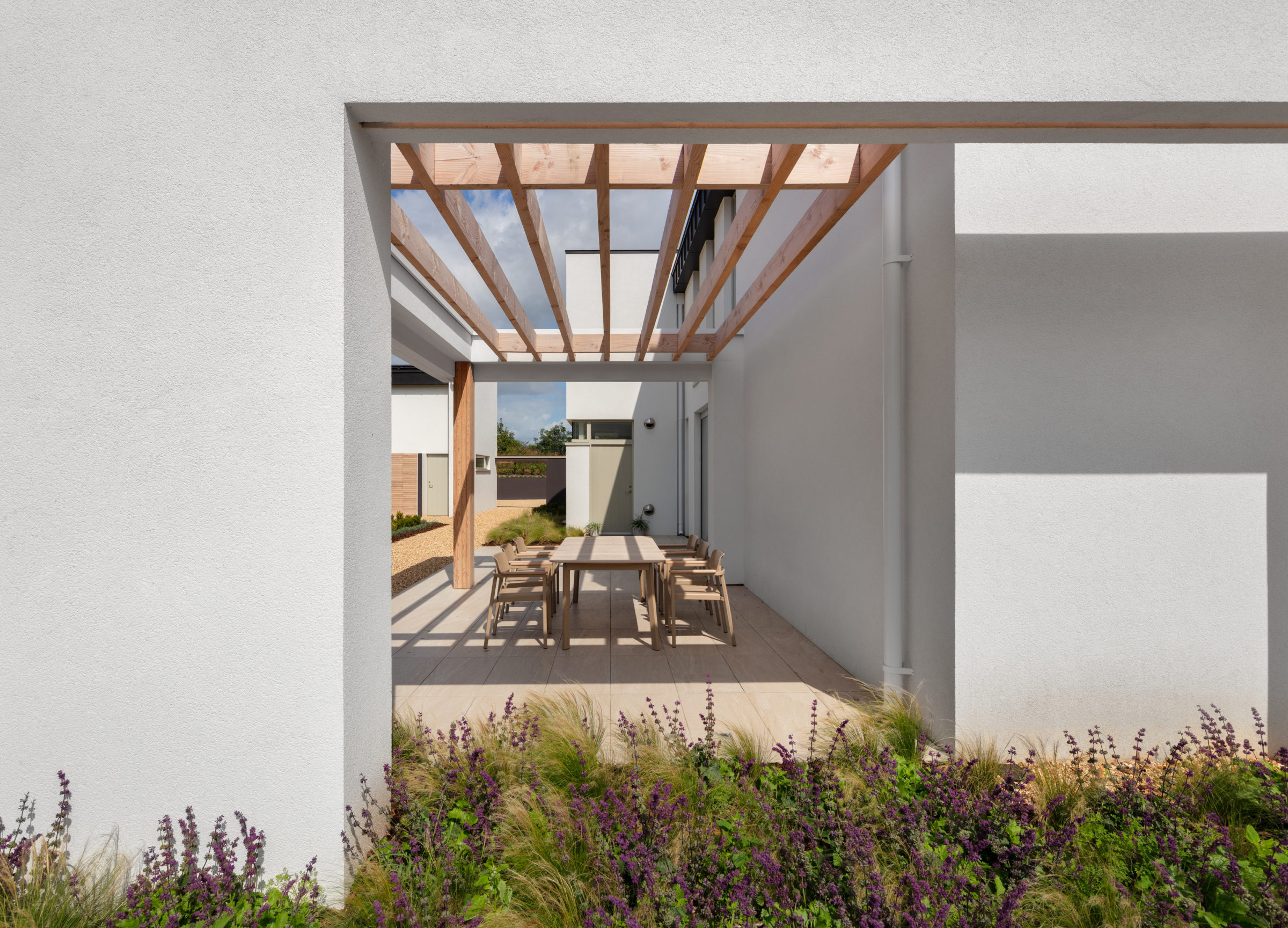 Wanting a practical, spacious and energy-efficient four-bedroom family home with sea views, the first thing Paul decided to tackle was the view. “Standing at the gates of the site on the first day, my initial impression was that the site levels would need to be slightly manipulated to take advantage of the view,” Paul explains.

With permission only for two floors over ground, the ground floor would only have limited views and so they decided to raise the site level by about half a metre. Creating a plateau that bridges the indoor and outdoor spaces, it appears to draw the water closer and also cleverly hides the cul de sac road below from view. 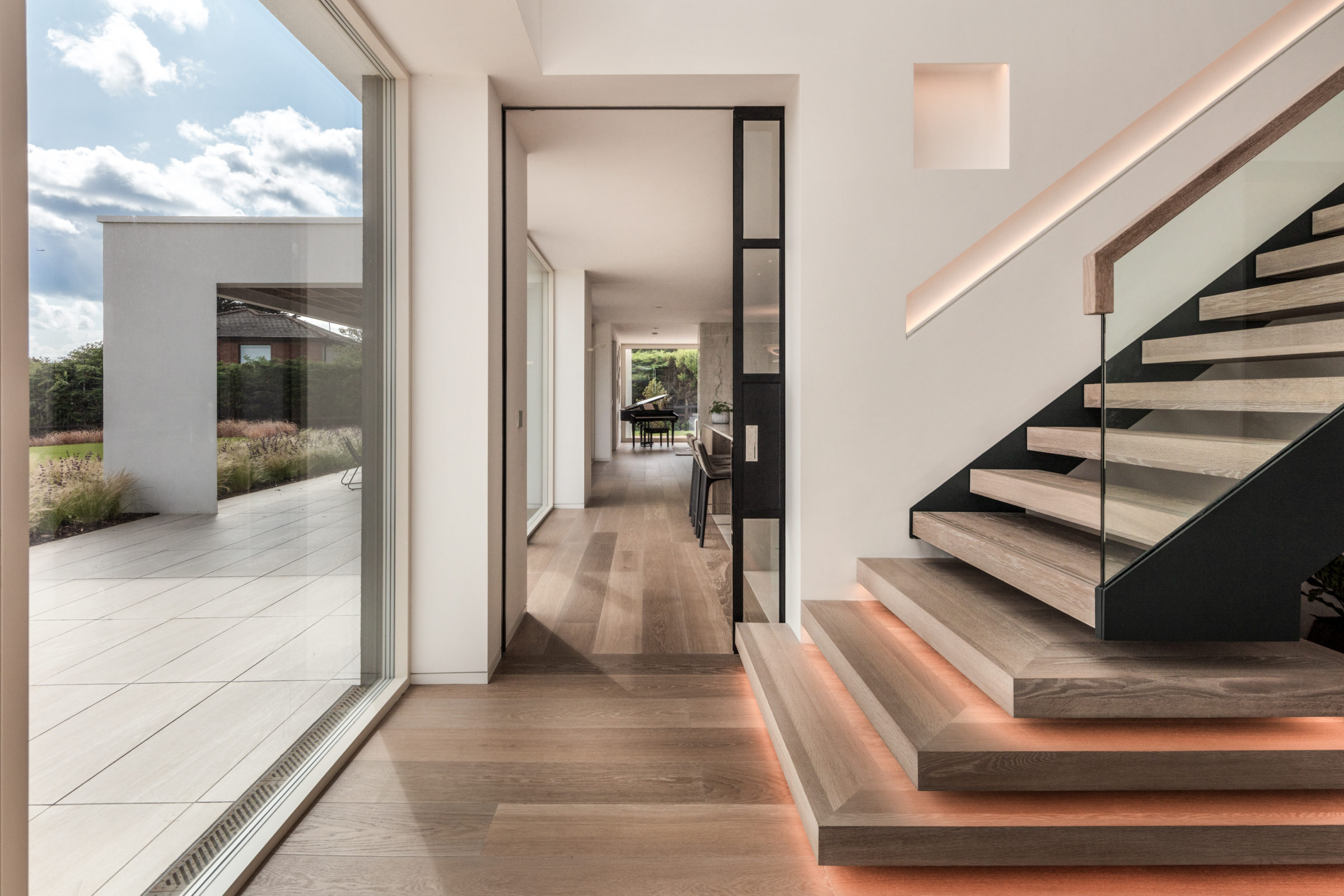 The site also informed the layout of the house internally. Wanting to incorporate outdoor living spaces that were usable in the inclement Irish weather and the site’s exposed location, they looked at where the sun hit the site throughout the year. Rather than an exposed open patio facing the sea, they decided on a sheltered porch instead. “You can sit out under this covered patio when it’s raining or windy and feel protected in the view,” say Paul.

To capture the evening sun, they placed another small westerly courtyard to the rear of the house. Both of these patios are accessed through the kitchen via glass sliding doors which also act as a link between the house and its views. “When you’re enjoying the evening sun, you can look through the house towards the sea view,” explains Paul. “You are always in touch with the view.” 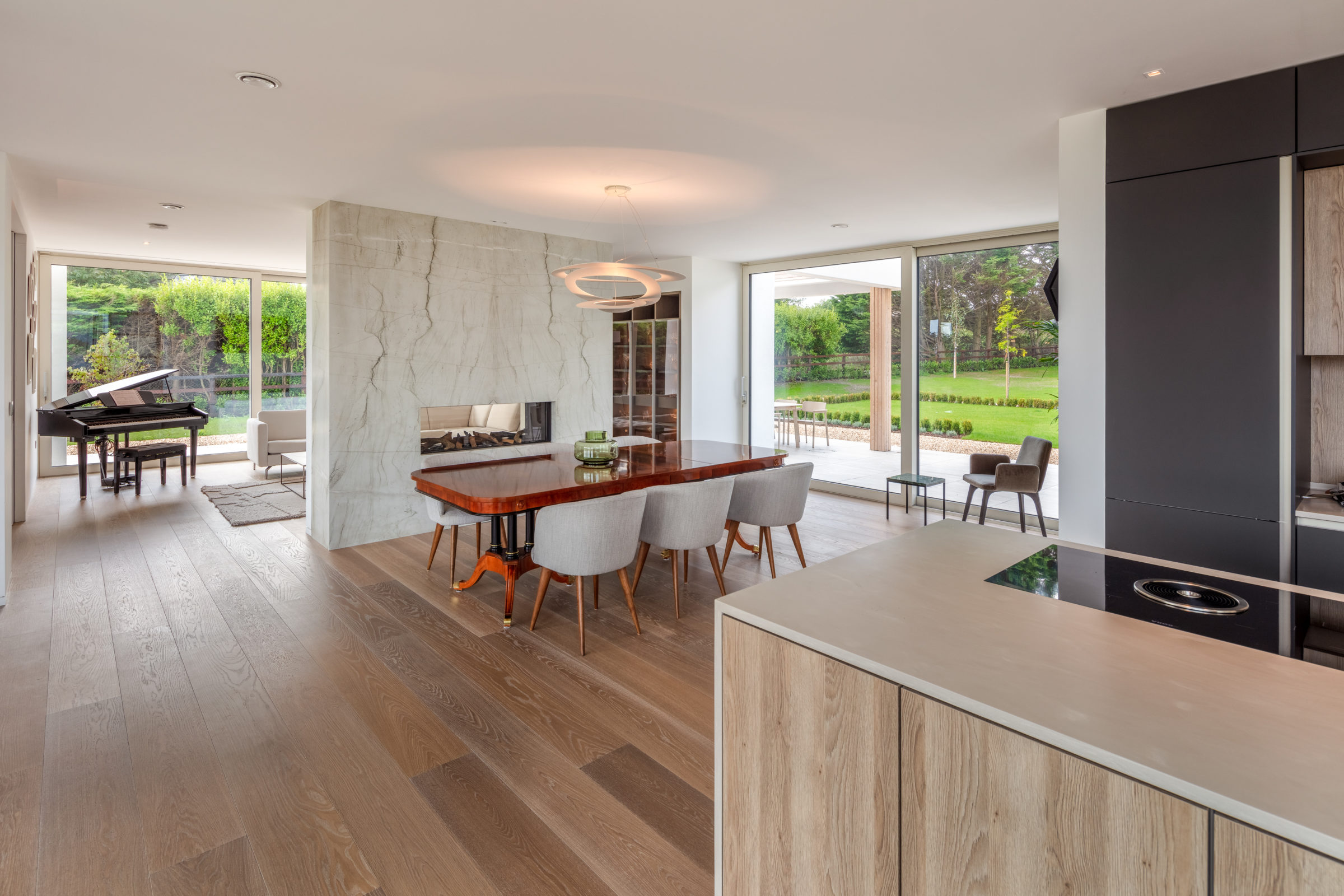 Internally, Alan and Shirley wanted an open-plan space that felt bright and airy, but could also be flexible and allow for more intimate spaces. Coming into the vaulted hallway with its cantilever staircase, glass Crittall sliding doors allow it to be shared with the communal spaces or sealed off, yet always maintaining a visual link from one end of the house to the other. “The openings are non-standard too,” says Paul, “they are high and wide to give a more open-plan feel but at the same time are partitioned off when needed.”

In the main communal area, the kitchen, dining and living areas all flow into one another, with a Brazilian set quartzite double-sided stove acting as a partition between functions. 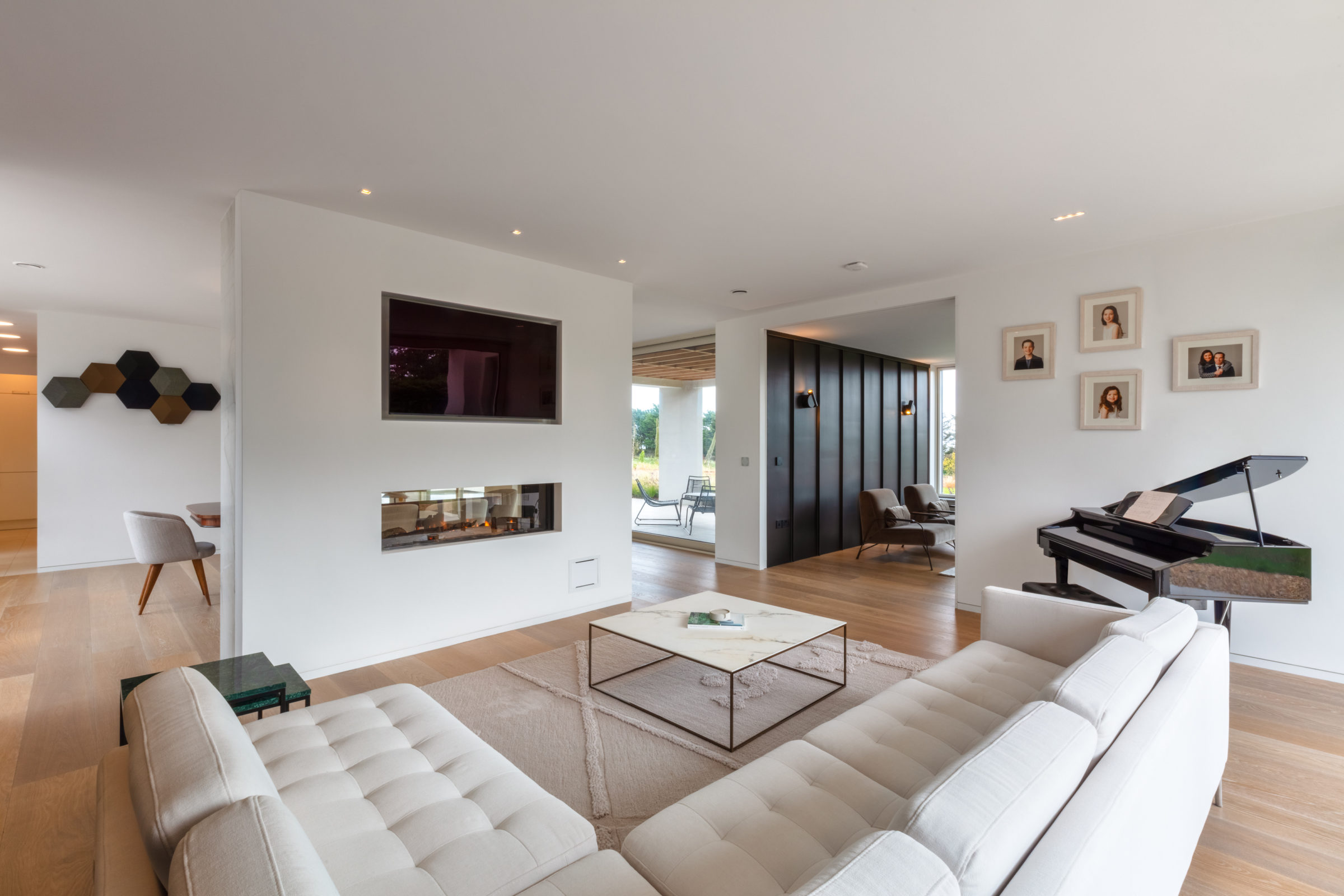 A smaller family room with sea views is located just off this open-plan space, with a large pocket door acting as a partition. As Paul puts it, the door was the subject of  “healthy debate” during the build. “My initial reaction was that it should remain open but as we find on house projects, several family functions come into play.” The family needed a cosy, quieter space to relax in, yet when the door is thrown open it appears very much a part of the rest of the space. A zinc wall here links the house with the linear exterior wall that runs along the drive and gives the space warmth. 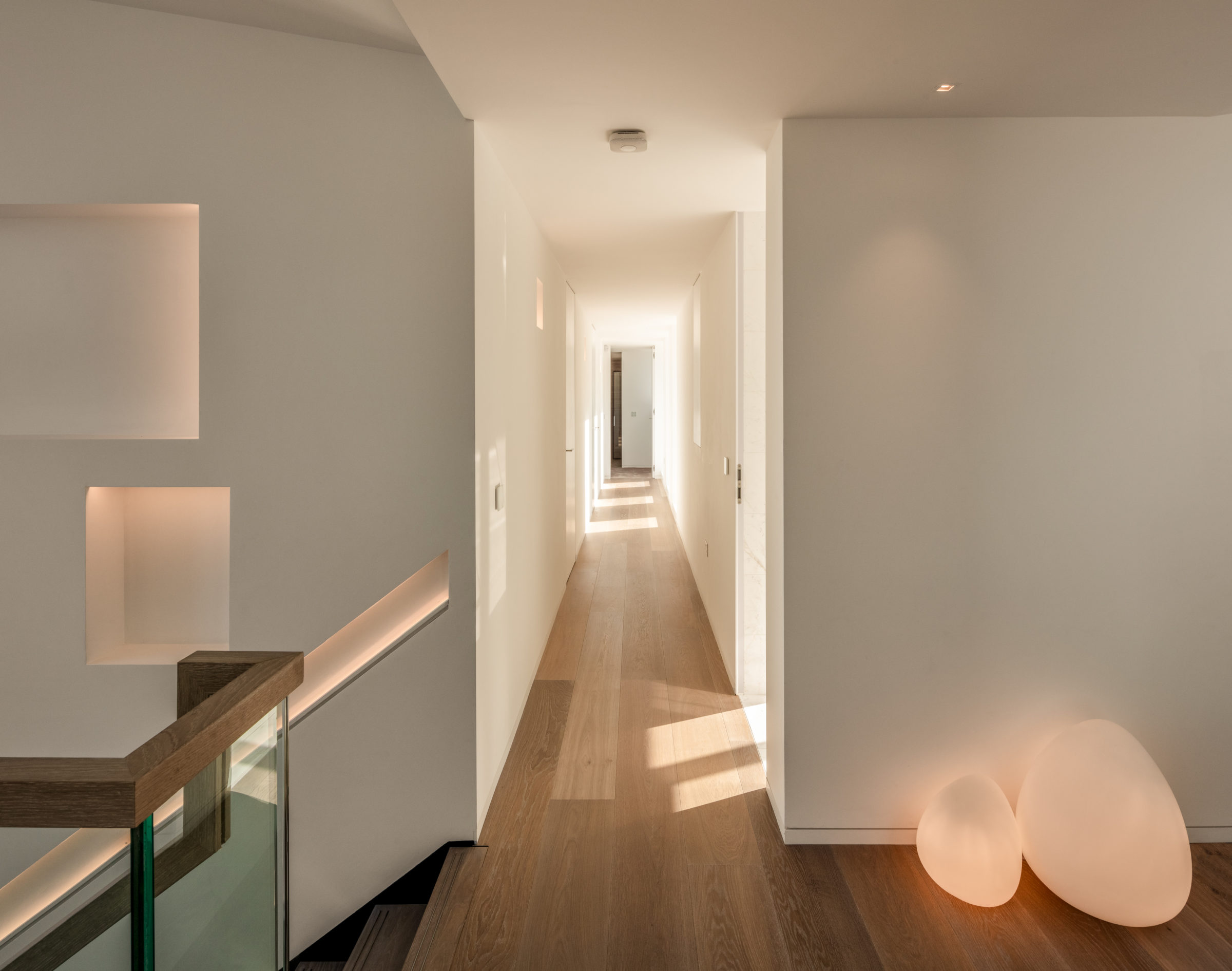 Upstairs are four spacious bedrooms, and there is also a detached carport with an office space. This building also acts as the house’s sustainable engine room, which was a crucial part of the brief from the very beginning. The house has an A1 BER rating with a vertical ground-source heat pump and a heat-recovery ventilation system. The entire house is controlled by a digital thermostat and can be accessed through an app, which also incorporates the home’s lighting system. 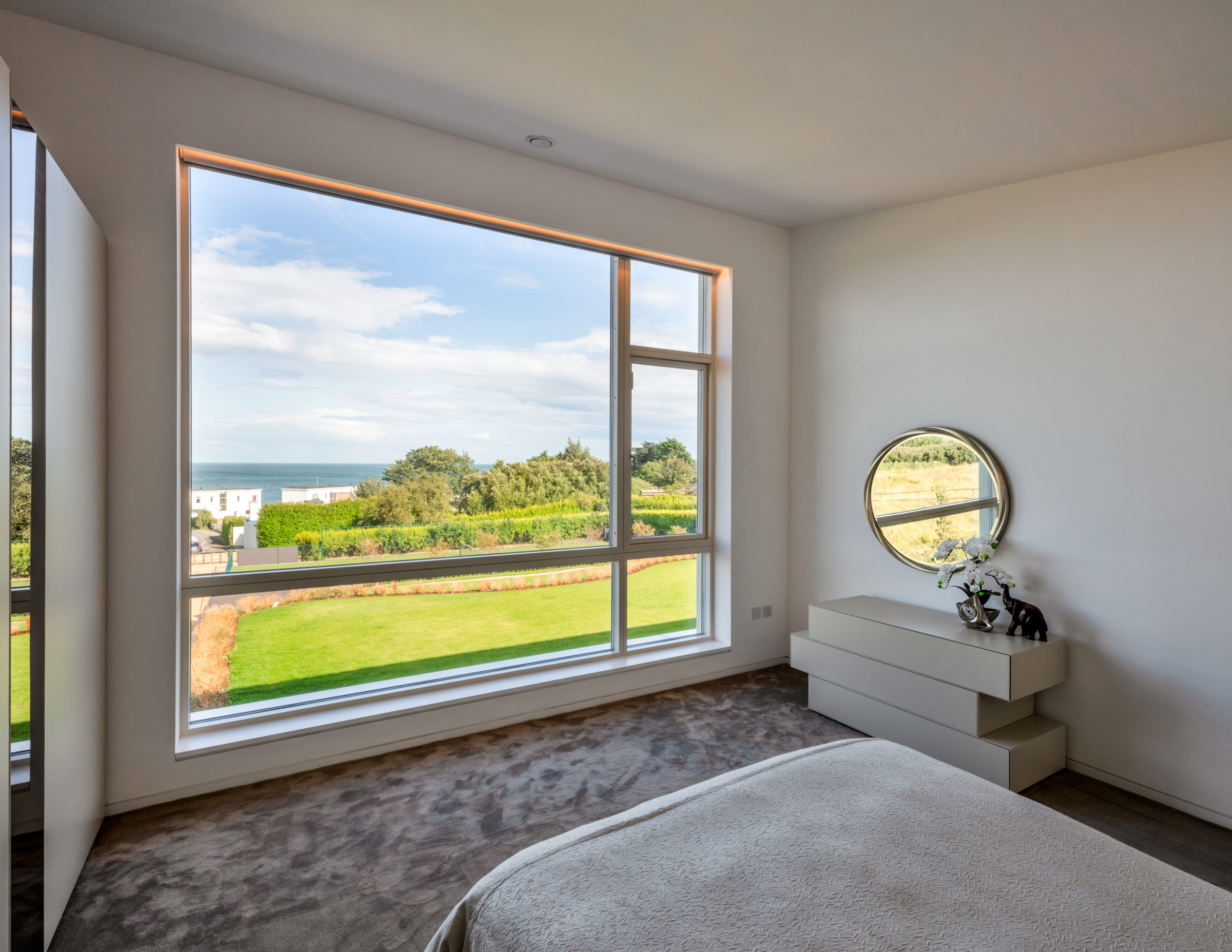 On top of the south-facing carport roof are twenty PV solar panels that were initially designed to charge the electric cars but the wattage production was so high that they now also act as a backup battery pack.

This is a home that is easy to live in. It’s warm and inviting, offering you spaces to breathe in the spectacular view or tuck yourself away in. External planting and grasses blend the immediate and long-range views making this modern home feel surprisingly peaceful and of its place. As Paul says, the house “neither screams nor murmurs,” – an aptly simple statement courtesy of a thoughtful and considered design approach.

All imagery courtesy of Keating Architects by Janice O’Connell from F22.

This Victorian Sandymount home is on the market for €1.4 million

Candlelit concerts, dark magic and ghost tours: haunting things to do in Dublin this mid-term break