A long, narrow converted garage in West London has been ingeniously transformed.

When you first walk into Melanie and Giles Martin’s Hammersmith home, with its astonishing abundance of light and tactile, warm wood, it’s impossible to think that it was once a dingy three-car garage.

“The garage was situated on a quiet lane out the back of our original house,” explains Melanie, who moved to London from her native Howth years ago. “We were living in a four-bedroom house, which Giles and I had bought together, just after we married in 2007. We loved it; the building was originally a window factory, so it was architecturally interesting, airy and spacious.” It also offered plenty of room as their family began to expand. 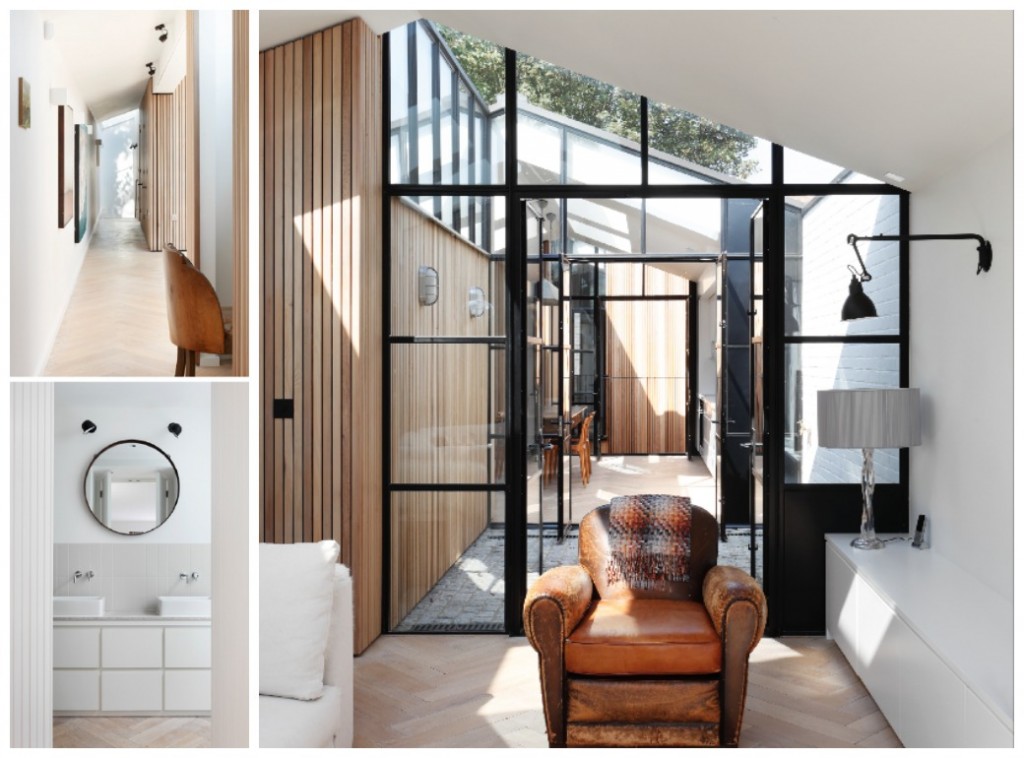 However, as their two girls, Eva and Alice, were growing, the couple found they were escaping the city more and more at the weekends. “Giles’s parents lived in the country and we would spend our weekends in a cottage near them,” recalls Melanie. “Then an idea began to form. What if we were to invert our life – live in the country full-time and weekend in London?”

Nothing happened overnight, but as this idea percolated, the couple kept an eye on the garage site, where the owner had planning permission to build a three-bedroom home. “We ended up paying way over the odds for the site,” Melanie admits with a rueful smile, “but the location was familiar to us as a family, and perfect.” They began work in earnest on the site in 2015 and sold their house in 2016. 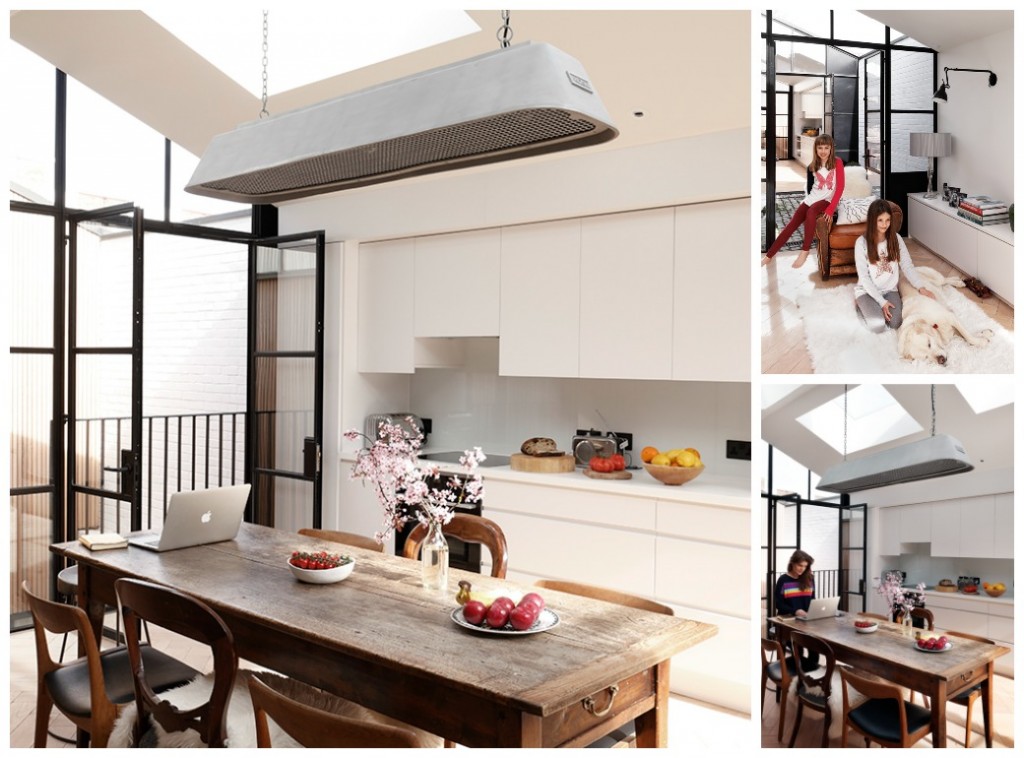 Working with architect Edward Martin (no relation), they began converting the garage site into a two-bedroom house – a project that became more challenging as they discovered they would have to dig down to create a second floor. “It took a year of surveys and chatting up the neighbours before the work could even get underway,” says Melanie. “There were 19 party wall agreements and endless tree and soil surveys.”

While most of us would have been daunted by such an undertaking, Melanie, who previously worked as a film producer, relished the idea of the project. “We got to design the building completely from scratch,” says Melanie, who moved to London to work for Ridley Scott’s firm RSA Films, and went on to produce the movie Noble a couple of years ago, but has since stepped back to become a full-time mum to Eva and Alice. 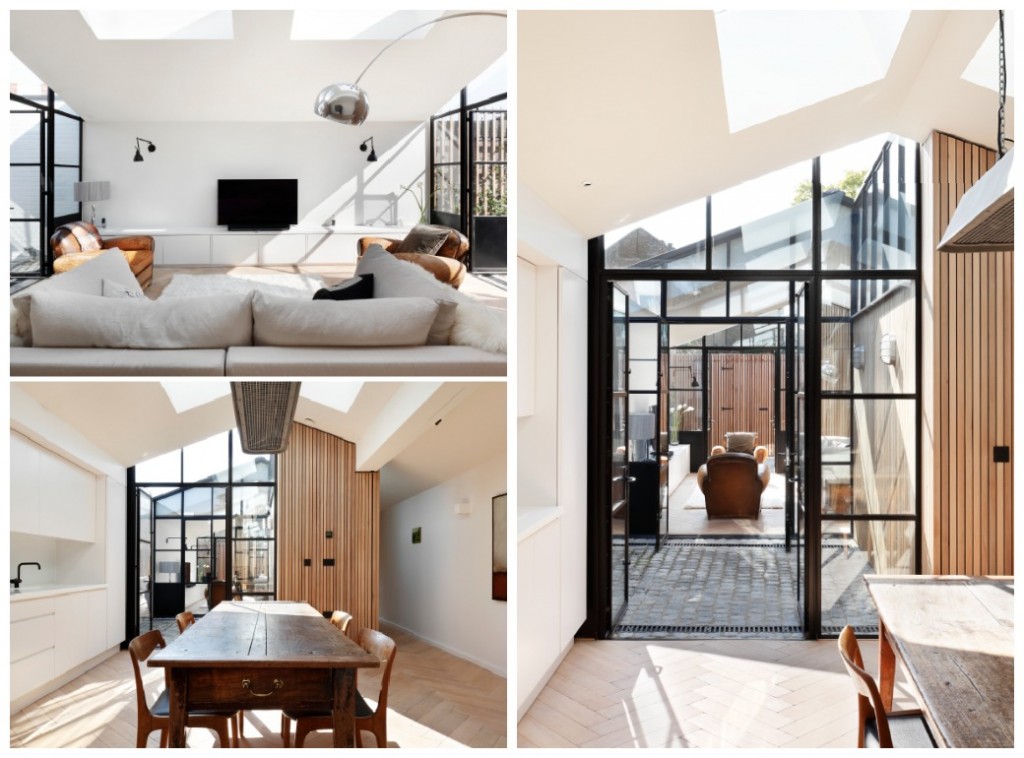 “Leaving the film industry gave me the time to take on the project management of the new build. I imagine I was an irritating project manager, as I lived pretty much on site,” she admits. But undoubtedly her professional skills as a film location manager and producer came into play, as the build caused a lot of traffic disruption and neighbours needed constant mollifying.

Even though the plot they bought came with planning permission for a three-bedroom house, they had to go back to the drawing board. “We wanted an extra floor, but we had to keep the building at the original height,? says Melanie, ‘so we had no option but to go down and create a basement level instead.”

Choosing the right designer for the project was equally important. It can be hard to find the right person, but she was lucky enough to sit next to architect Max de Rosee of De Rosee Sa at a dinner party, who had designed many similar builds locally. They immediately hit it off. 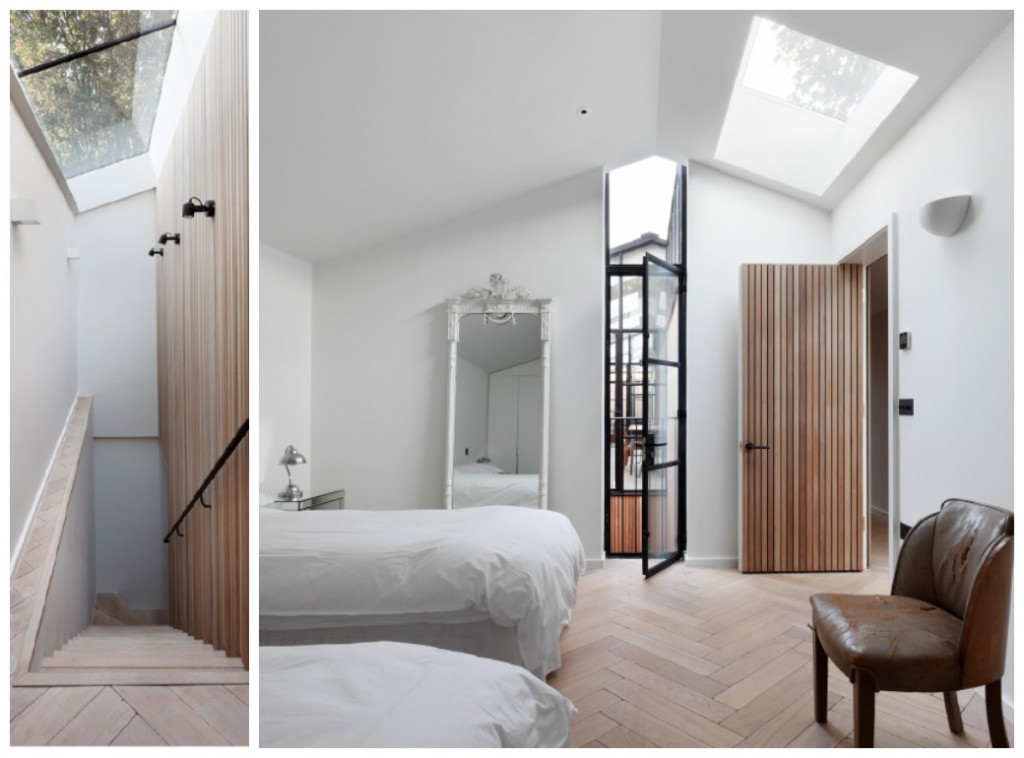 With a keen eye for design herself, Melanie spent a year compiling moodboards, checking out other properties and visiting trade fairs. It was this attention to detail that was key to the success of the new build. After a year of solid research, Melanie was able to provide a very clear brief, which was for a simple but very beautiful house with Crittall windows, cedar cladding on the exterior and a zinc roof. Sadly, they had to give up the idea of a zinc roof, as it was prohibitively expensive, so they opted instead for Spanish slate.

The architects came up with the idea of continuing the wooden cladding inside the build, although initially Melanie was resistant. “I didn’t want the house to look like a sauna,” she comments, “but I’m thrilled with it now. The architects were right to insist. Ultimately, I wanted to create a black and white house with simplicity and no clutter, as we wouldn’t be living here day-in, day-out.”

“Our life in the country is all about horses, dogs and mud,” she explains. “So this is the perfect antidote. We love it.” And what’s not to love? The vision it has taken to build such a magnificently uplifting space, in place of a gloomy garage, in the middle of London, is inspiring.

These speckled egg macarons are sure to amp up your Easter