Dermot Bannon’s hidden gem: ‘I always describe this part of Dublin as my restart button’

You know him as the in-demand architect who has a slight issue with sticking to schedules and budgets. But when Dermot Bannon is sea swimming in north Dublin, no amount of quantity surveyors or atriums can stress him out. And interior designer Suzie Mc Adam has swapped last-minute trips to Thailand for staycations. But she tells us she wouldn’t have it any other way. In partnership with Volvo, Dermot and Suzie reveal their hidden gem to IMAGE.

Those who tuned in to Room To Improve: Dermot’s Home on RTÉ will have gotten a glimpse of his hidden gem in Ireland, because part of it is in his house forever.

You may recall the adorable moment Dermot and his two sons were placing their own rocks into the terrazzo floor in his new kitchen. His youngest son couldn’t quite decide where to place his rock, and changed tiles at least four times – including one that would be hidden by the island yet to go in – before finally settling on the perfect place.

Those rocks, that were so conscientously placed in the terrazzo, were hand picked by Dermot and his kids at High Rock on Coast Road in Portmarnock*, a stone’s throw from where Dermot grew up himself, in Malahide.

“I live in Dubin city, but I grew up in Malahide and I’ve always been drawn to the sea – that’s my go-to place,” says Dermot.

“Whenever I get really stressed, I can’t go for a walk anywhere but by the sea. I drive out with the kids to this pier called High Rock, which is halfway between Malahide and Portmarnock. There’s such a lovely atmosphere there and it’s how I got my kids into sea swimming. We jump off it and they do backflips.”

High Rock reminds Dermot of his own childhood and he’s only too happy to pass the tradition down to his kids, a daughter aged 15 and two sons aged 12 and 8.

“I used to go to Low Rock before the kids came along. But they’ve made me more adventurous and now I jump and run and dive just to keep up with them.

“When we renovated our house we put a terrazzo floor in, which is like a polished concrete, and we were able to put our own stones in it. We all went down to our special place, High Rock, and collected stones from the beach and threw them into the mix of the floor and they were polished down. They’ll always know there’s a little bit of High Rock in our home.

“I love sea swimming, I always have. I love overcoming the freezing cold water. That’s the reason we jump off the pier because if you lower yourself in or try and go in slowly, you’ll never get in! I swim right up until Christmas time so it’s not just during the summer. I love that plunge into the water and the 20 seconds afterwards. It’s so cold and shocks the system.

“It’s like meditation, you can’t think of anything else when you’re in the water, only keeping yourself warm, moving. And once you get over that and you lie in the water, you have the backdrop of Ireland’s Eye, you can see Howth and Lambay Island in one view. When the sun is out, for somewhere that’s not that far from the city, you can’t see any buildings, just a beautiful rocky landscape. For me, it’s paradise,” says Dermot.

Dermot sees High Rock as a chance to unwind, for both him and the kids.

“You can’t bring devices, there are no iPhones and no iPads in the sea. On the way home the kids just chat and they get so buzzed from doing it. I always describe it as our restart button, it’s our Ctrl+Alt+Delete.

“Just jump in the car and go.” 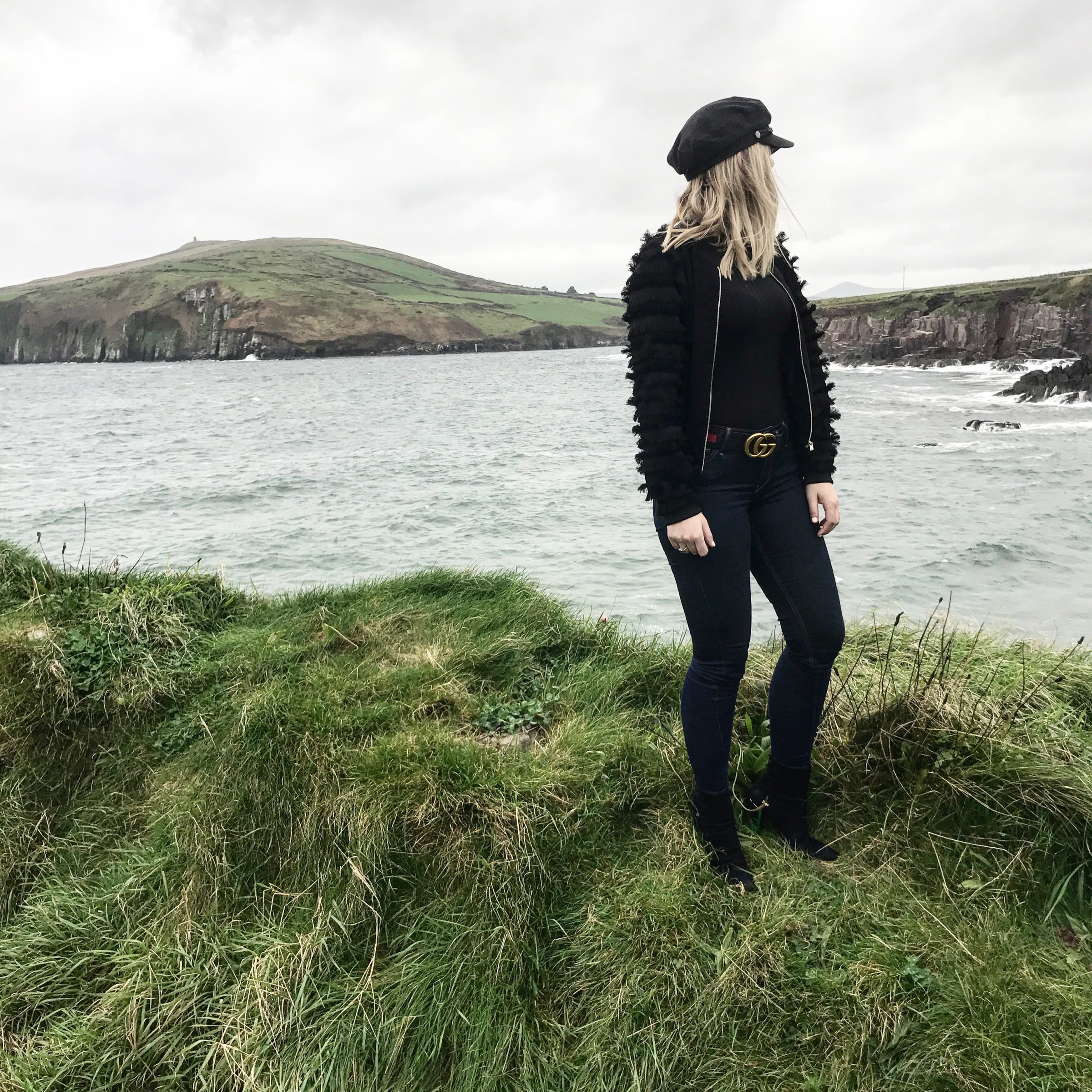 “Now that we have a little baby, driving to somewhere idyllic is so much more convenient than flying. We can bring our pram, the dog, and plenty of gorgeous picnic goodies without any worry of weight restrictions,” says Suzie.

“Holidays have changed hugely since the arrival of our son. One year ago my husband Barry and I booked to go to Thailand the day before and flew out after our original plans fell through. Those last-minute trips are gone now, and are since filled with lots of packing and planning. I need a lot of boot space as I didn’t realise how much stuff babies need! It’s been a steep learning curve.”

Suzie’s hidden gem is a Norman ruin with a panoramic view of the sea in north Co Wicklow – The Black Castle.

“You feel like you are on the set of Game of Thrones, with ruins of castle overlooking a sheltered bay, but you’re actually just 40 minutes outside of Dublin. It’s a small and stoney beach that’s always quiet and private. There are hidden caves that date back to Norman times that are perfect for snorkelling. And light wells that cast cathedral-type light through to create something you wouldn’t expect in Ireland.”

Parenthood has inspired Suzie to slow down, and a staycation for her and her family now means “fresh air, quality time together and a little escape from our routine”.

“I was more into adventures before the arrival of our baby, but now I’m happy to be somewhere where we can sit and enjoy a sea view or a swim, simple things really bring me a lot of joy at the moment.”

Suzie is planning to share her love of sailing and swimming with her son when the time is right.

“As a child, we spent our summers just outside Boston,” she recalls. “I’ll never forget the humidity of the summers there, the fireflies in the evening and spending most days playing in the pool with my sister.

“As a teenager we stayed closer to home in Carlingford, where sailing became a big part of my daily routine. And we used to go the Kelly’s Resort in Rosslare, Co Wexford, habitually as a family. After a hiatus, I’m looking forward to bringing my little guy there soon too.

“After many years of travelling with work, I’m very content to enjoy Ireland and all the beauty it has to offer.” 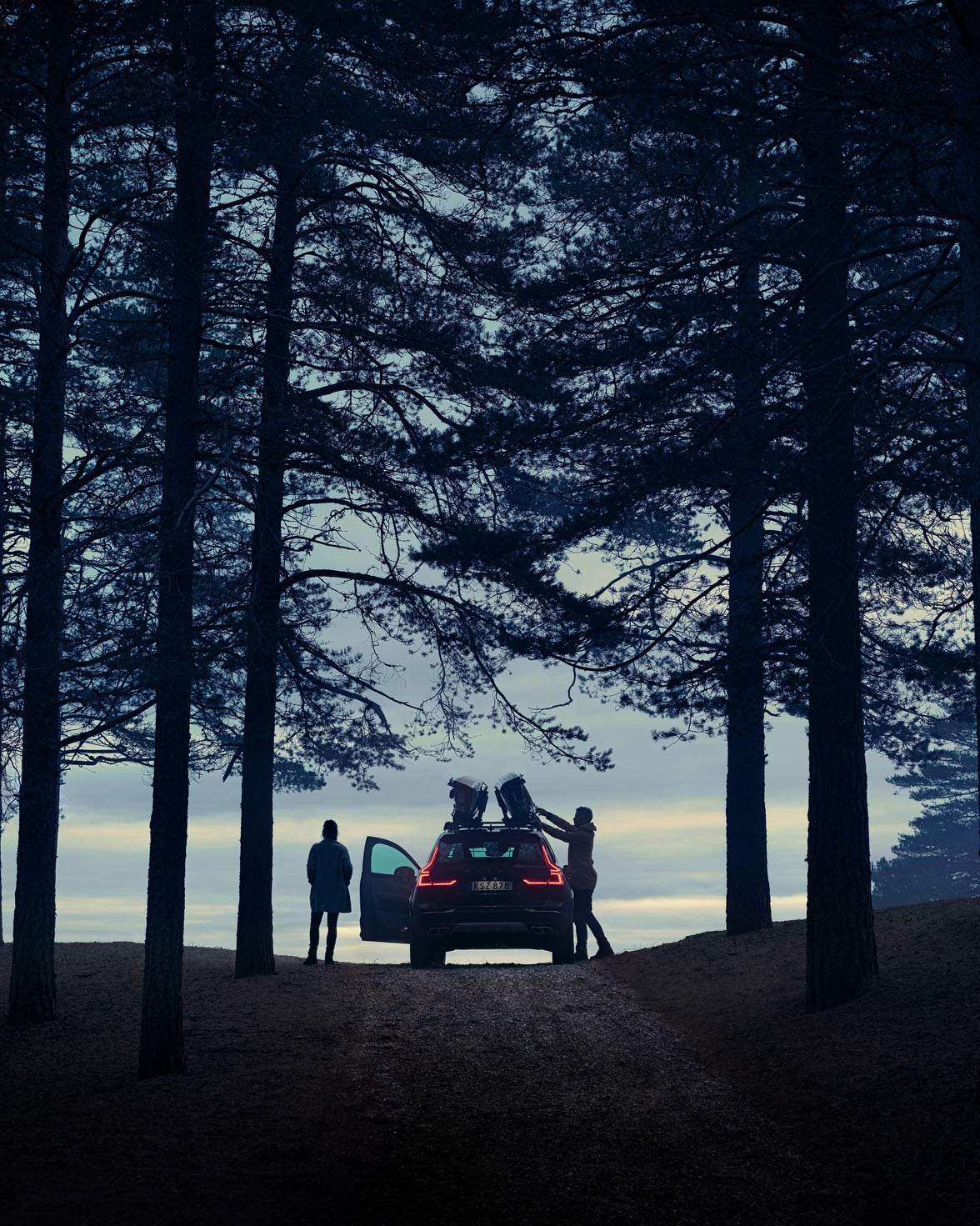 For your chance to win a Volvo XC60 for two weeks, plus an epic two-night staycation for you and your family at the luxurious hidden gem, Cliff House Hotel in Waterford, follow Volvo’s Instagram page for details on how to enter.