New photos from The Crown recreate Charles and Diana’s engagement

In 1981, Princes Charles officially announced his engagement to the beautiful, 19-year-old Lady Diana Spencer. At almost 30, the Royal Family were keen that Charles marry. Diana was, on paper, a perfect fit. We sadly know how the marriage was to end but in the beginning, they captivated the world with their almost fairytale romance – and the tradition for royal engagement photos in the process

New images from The Crown season 4, recreate Charles and Diana’s engagement photos almost exactly. Netflix’s (mostly) historically accurate show, gets even the smallest details on point, as you’ll see from the new set of images. 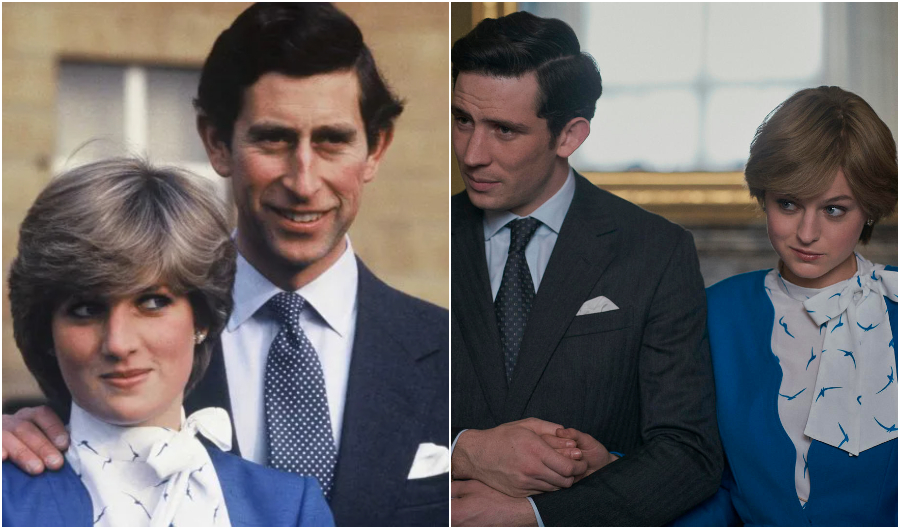 Their subsequent interview is well-remembered; the couple certainly nervous with Diana unsure. While putting a wrap on the conversation, the reporter slid in with, “And I suppose, in love?” Diana replied, “Of course!” Out of Charles’s mouth came the very philosophical: “Whatever ‘in love’ means.” It wouldn’t be the last time he used the phrase.

The dichotomy of the formal/informal engagement portrait was a tradition first championed by the couple. Before that, their engagement announcement photo showed the two polished and poised on the steps of the royal grounds much like his mother, Queen Elizabeth, and Prince Philip did decades before. 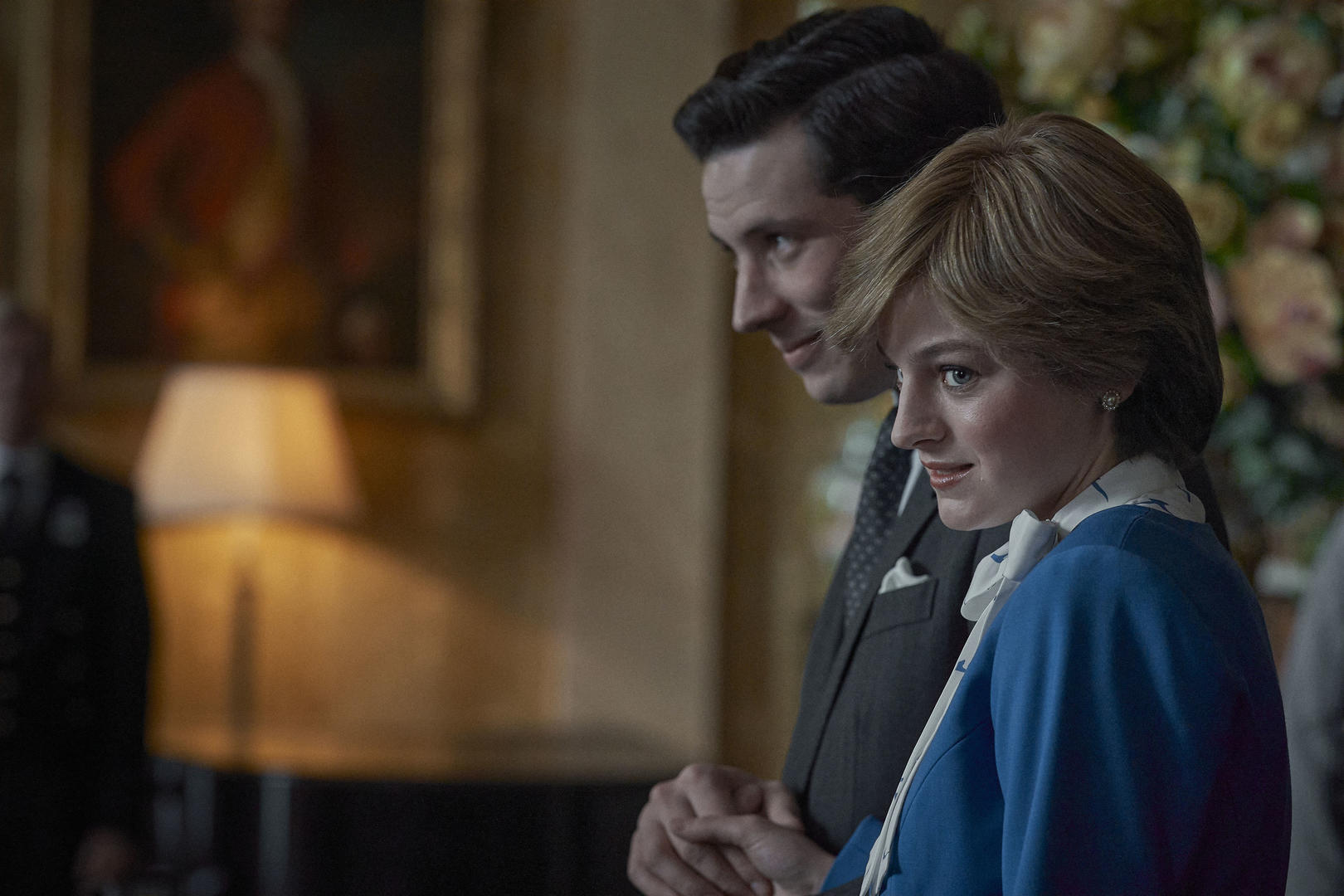 Premiering this Sunday, Season 4 will tackle the 1980s, casting two pivotal women in British history – Margaret Thatcher, Britain’s first female Prime Minister, and Lady Diana Spencer, who enchanted the world during her reign as Princess Diana. Gillian Anderson plays Thatcher, and Emma Corrin plays Diana, with the season set to focus on the Queen’s difficulty negotiating these two new women in her life. 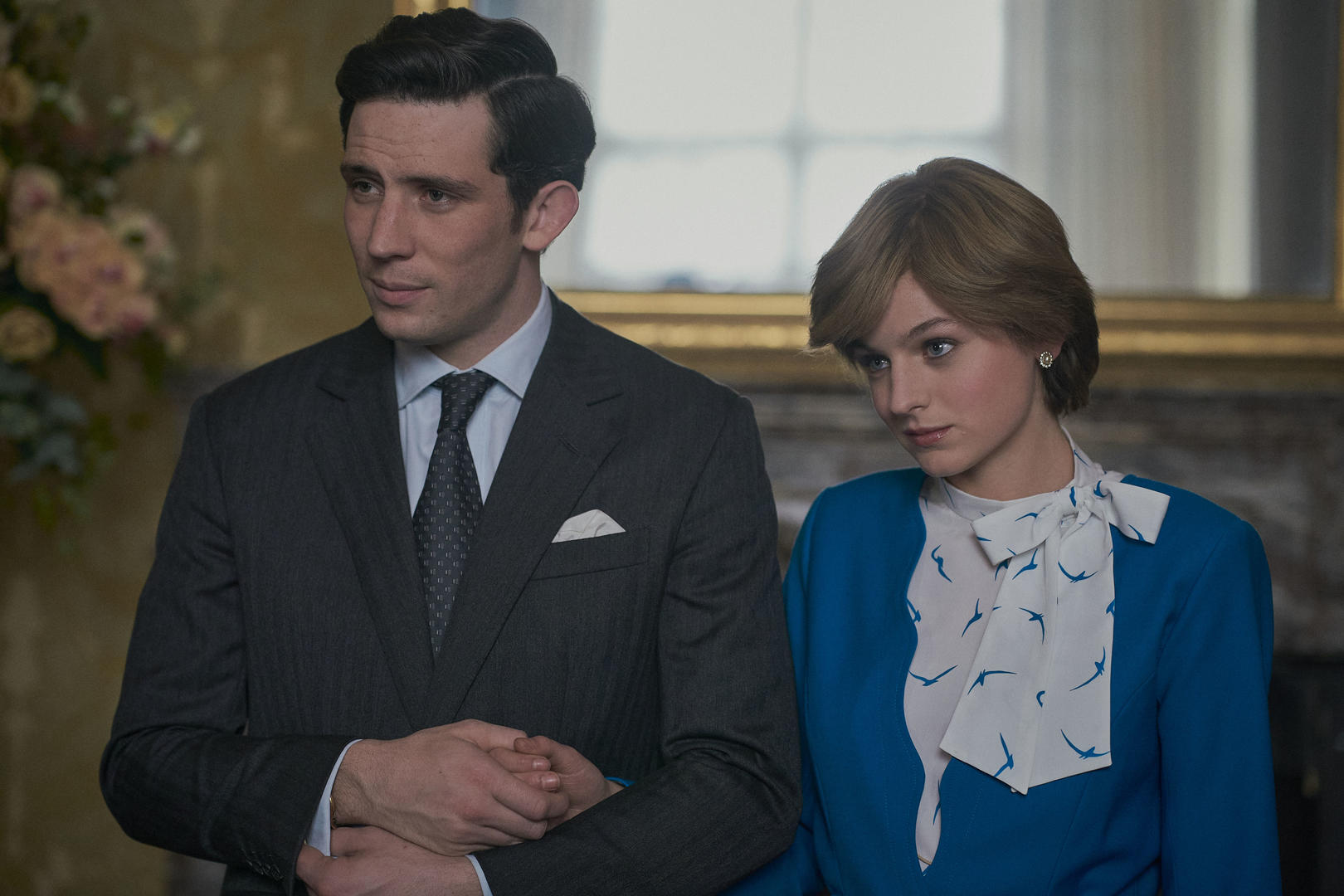 It’s expected that the breakdown of Charles and Diana’s marriage – as well as the rekindling of his romance with Camilla Parker-Bowles, which started in the most recent season – will be explored in Season 5.

It was announced earlier this summer that Imelda Staunton will succeed Olivia Colman as Queen Elizabeth II for the sixth and final season of The Crown. Prince Philip has also been cast, alongside Princess Margaret.

You can watch the trailer for Season 4 below:

The Crown Season 4 will premiere on Netflix on November 15th

Read more: 18 bright and beautiful knits that would absolutely be Princess Diana-approved

Spice up your NYE with this delicious gin cocktail