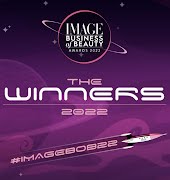 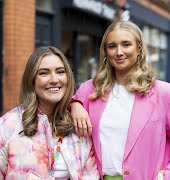 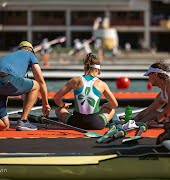 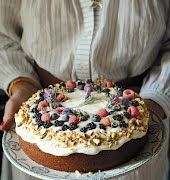 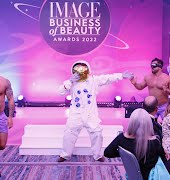 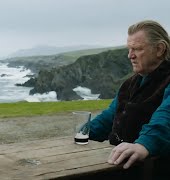 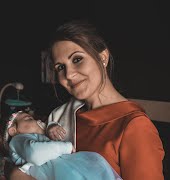 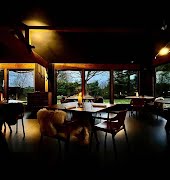 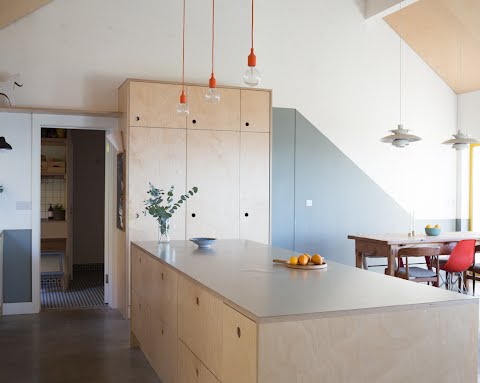 Creating a home that allows your family to grow and change is one of the primary principles of good design, and there are plenty of big and small ideas at play in this Sligo home.

The bungalow was bought by Aoife Porter and her husband Dave in 2014 and were helped with the redesign by architect John Monaghan of Noji. We sat down with homeowner Aoife to get her tips on creating a home that’s sympathetic to the needs of modern family life.

“My mum warned me not to do the concrete floor in the kitchen, but actually that has been one of the best things we did,” says Aoife. It might seem like concrete and kids would result in disaster, but actually, it’s a warm surface that doesn’t show up dirt or scuffs and is easily cleaned. “It also makes for a brilliant scooting, skate-boarding and general indoor playground surface,” confirms Aoife. 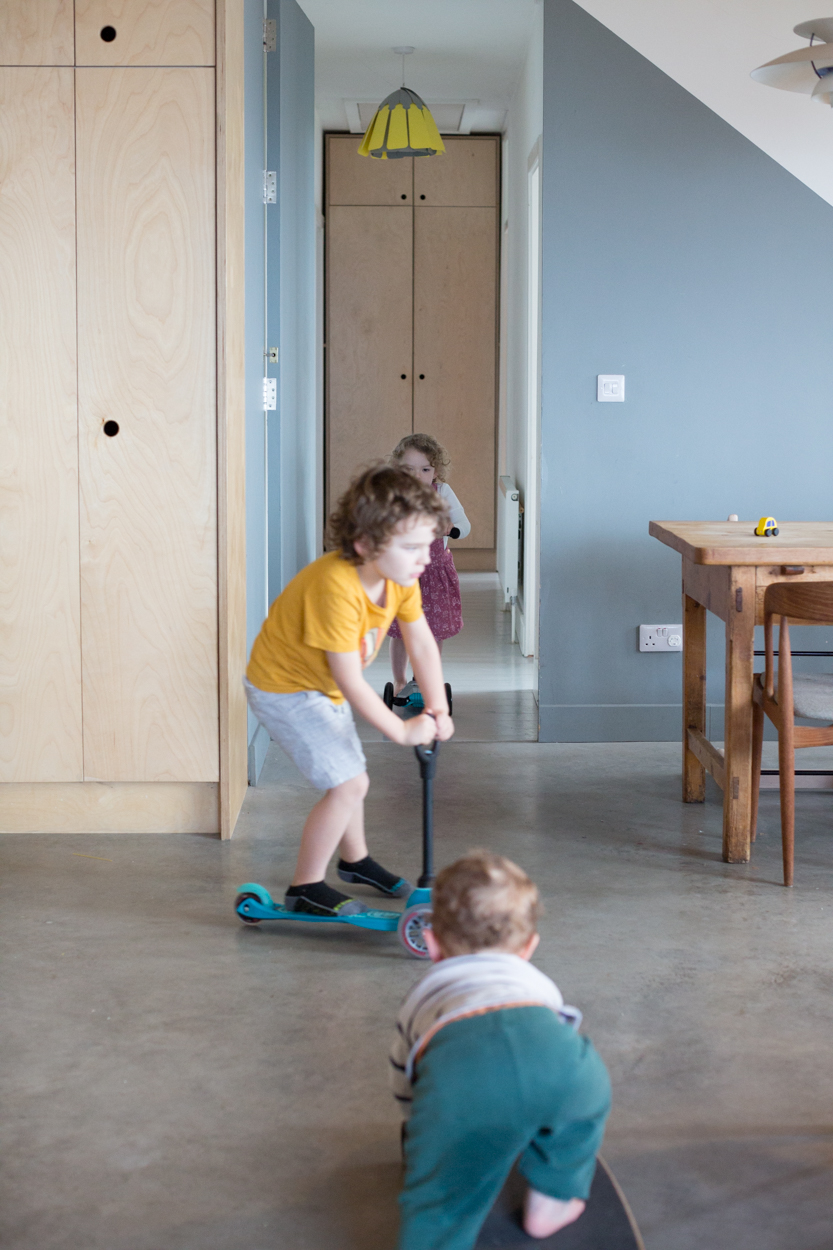 There are many positives to investing in vintage furniture – it’s one-off, it’s usually well-made, it’s generally cheaper and it has already had a life of its own before it arrived in your home.

“We have been really lucky to have made a friend in Paul at Retrorumage down over the years who has been so kind as to drive to Sligo a few times with furniture for us,” says Aoife. “We wanted to soften the sharpness of the other elements of the house and they’re also well able to take a few knocks from the kids, which obviously makes you less precious about them.” 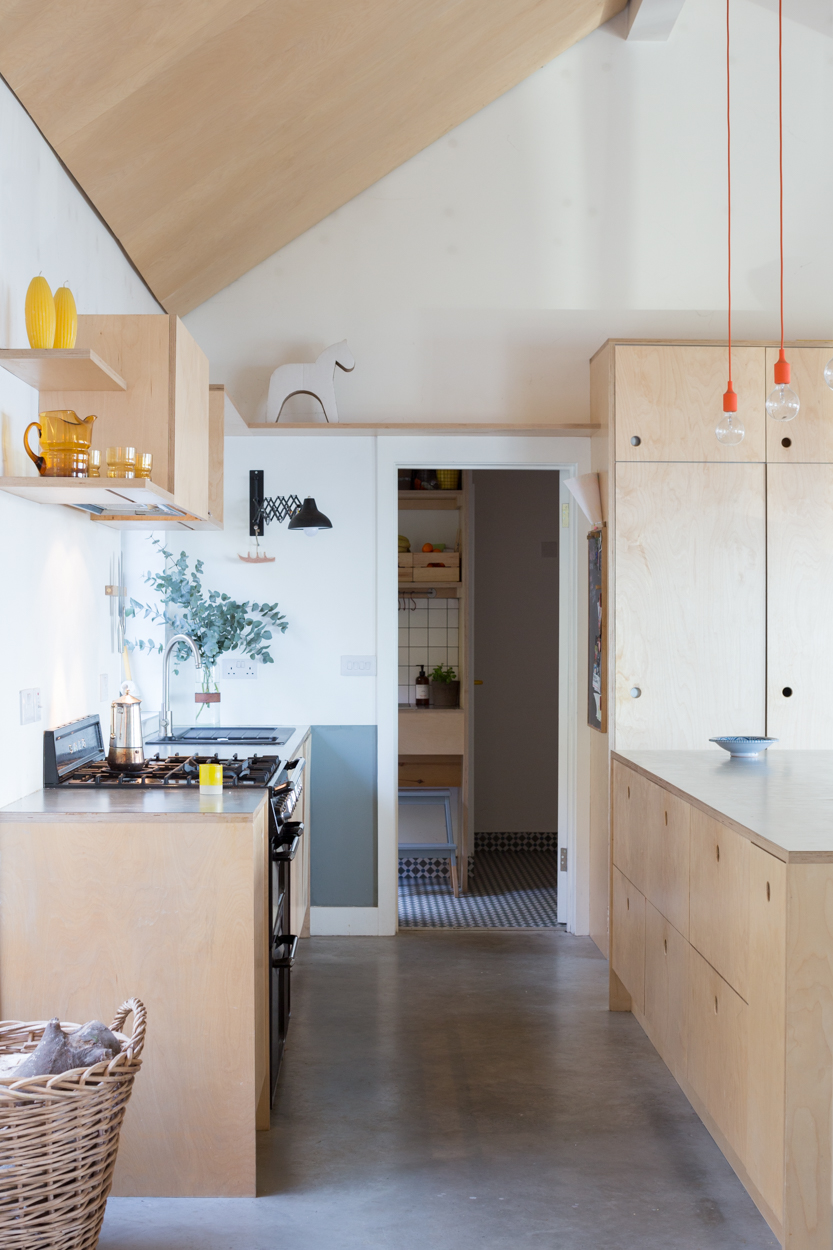 Areas where you spend most of your family time, like in the kitchen and living room, need to be particularly robust spaces, with plenty of functional storage for toys and those delicate items that you need to keep out of reach, but still want to display. A plywood kitchen, this birch one was made by RC Building Contractors, offers a great warmth and texture while being hardy and relatively cheap. The open wall shelving allows Aoife to display her mother’s glassware collection while also keeping it safe. 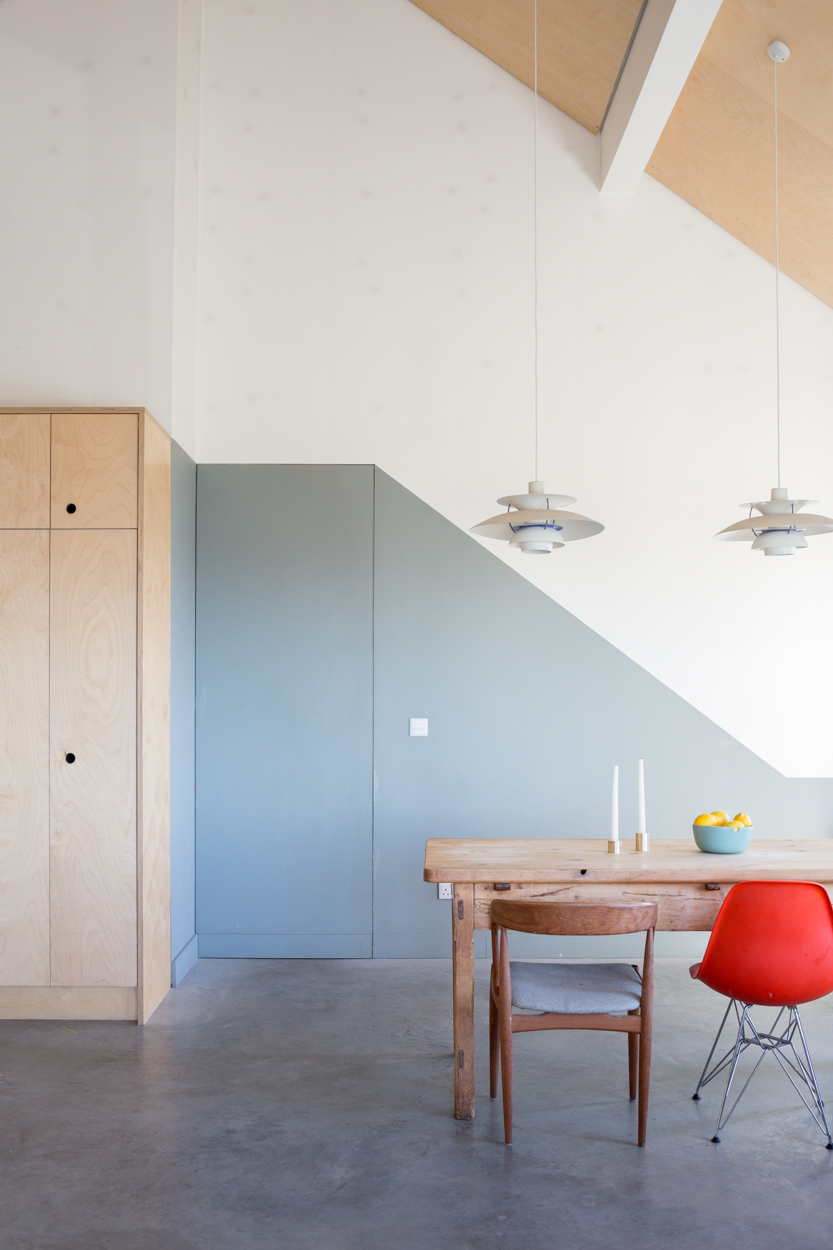 When I ask Aoife if she intentionally painted the grey wainscot to protect her white walls from handprints, she confessed that it was a happy coincidence. “We wanted to break up the large double-height walls and connect it with the lovely geometric lines of the ceiling and kitchen.”

However, she does stress the importance of investing in good quality, washable paint – the entire house is painted in Little Greene and Colourtrend. “They really are very forgiving, though no matter what we will probably have to repaint in a couple of years because of general wear and tear.” 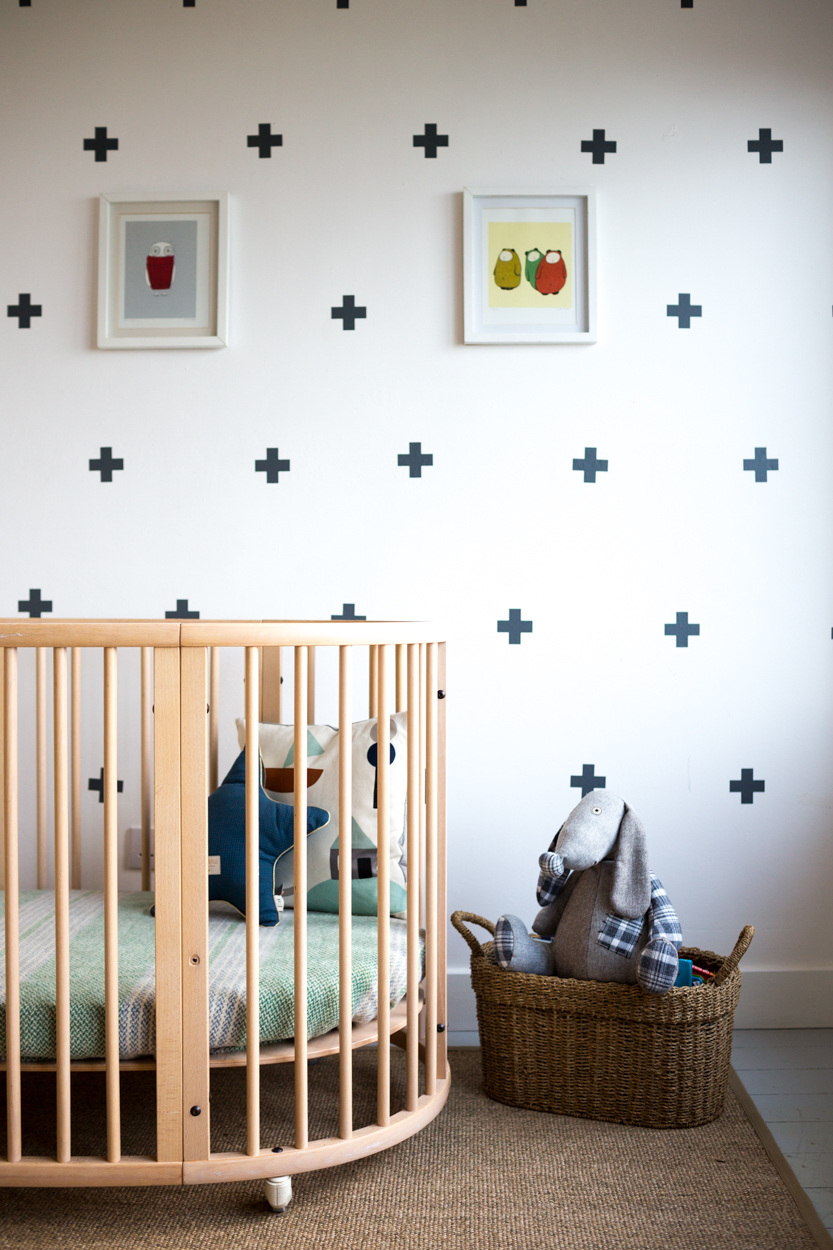 When it comes to your children’s bedrooms, in particular, it’s important to remember that the space should be flexible enough grow with them as they mature. Consider a minimalist aesthetic, advises Aoife, and add personality with small accessories. That way, you can swap things in and out as your children mature. “For example, the Xs on the wall of the nursery are totally removable, so much so that the kids love driving me crazy by moving them around on a regular basis.” 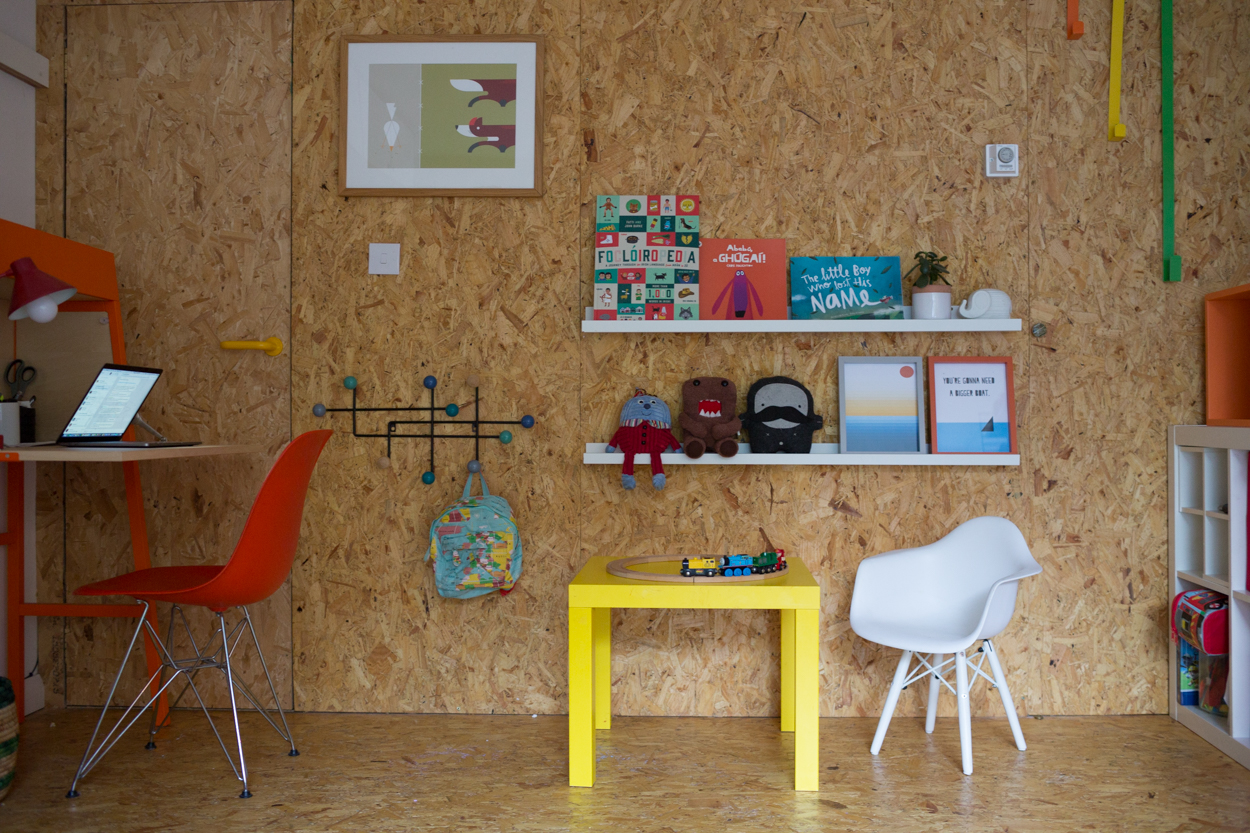 Open-Plan Living (with an escape plan)

While open-plan living is the default mode for modern homes, it’s important for everyone to have their own space, both adults and children. The OSB-clad playroom, visible through the glass door for the kitchen  is a perfect example. “Right now the kids are having a disco in the playroom, which we can see from the kitchen, but thankfully are still far enough away that we can still have a conversation with each other.” The decision to go with OSB was a combination of price and how forgiving it is for the kids. Muffling the clatter and banging is an added bonus.

However, the most important part of a home’s design is creating a space that you and your family love to spend time in. “Our house will continue to evolve as our kids get older but generally, I think that we are more than happy having a space that inspires and excites us individually, and as a family,” says Aoife.

Photography by Doreen Kilfeather and styling by Kate O’Dowd. 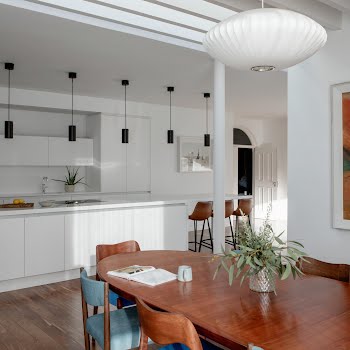 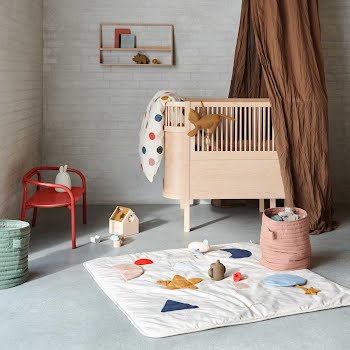 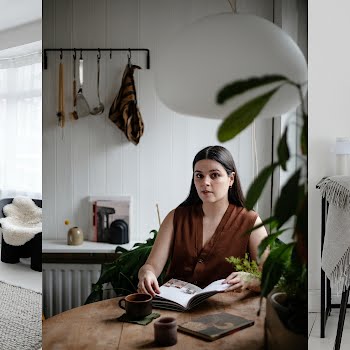 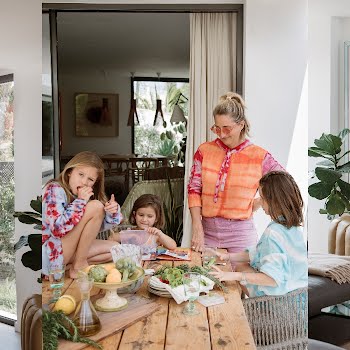 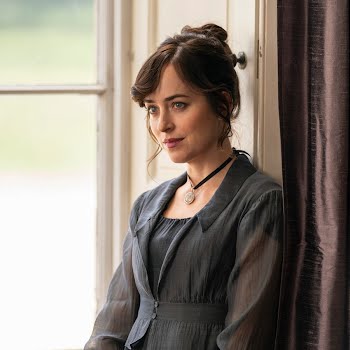 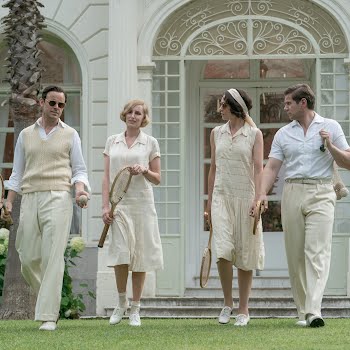 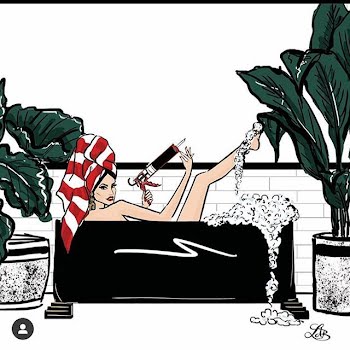 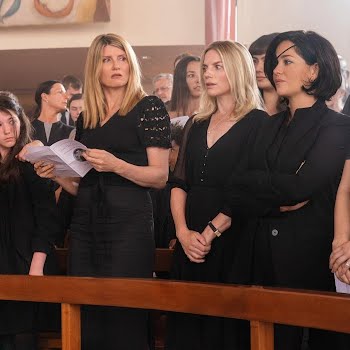 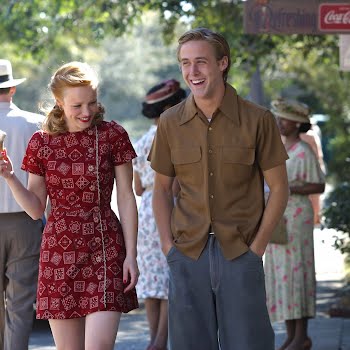