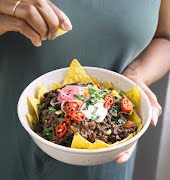 Season two of Emily in Paris comes to Netflix on December 22, to fill the fashion void in your TV life that isn’t ruined by Peloton heart attacks and no Samantha. Lily Collins returns as Emily Cooper, the American marketing/social media exec working in Paris for marketing firm Savoir. There are hot French people, great clothes thanks to Sex and the City’s Patricia Field plus it’s by Sex and the City’s creator Darren Star. It’s technicolour chewing gum for the brain, which is what you deserve this week.

The much-anticipated Halston came to Netflix in May, directed by Daniel Minahan and executive produced by Ryan Murphy (creator of American Horror Story, Pose, Ratched, Hollywood and so much more). The five-part biopic of fashion designer Halston, played by Ewan McGregor, charts the rise and fall of the designer who dressed Bianca Jagger for Studio 54 and put Jackie Kennedy in a pillbox hat.

The psychological thriller series based on the bestselling 2017 book stars Irish actress Eve Hewson and is by the producers of The Crown. It follows single mother Louise, who works in a psychiatry office, and begins an affair with her boss and a friendship with his wife. Expect plot twists and turns and an ending you couldn’t predict.

The Sons of Sam: A Descent into Darkness

Investigative journalist Maury Terry has had a lifetime obsession with the Son of Sam murder case and sets out to prove that the murders are connected to a satantic cult.

The third series of Master of None released this year was a departure from the first two before it. Titled Master of None: Moments in Love, we left Dev behind to get a close up on his friend Denise. Written by Ansari and Lena Waite, the series zooms in on her life with her partner Alicia, illustrating their fluctuating marriage and fertility issues in a modern love story.

France’s best dressed “gentleman burglar” returned in 2021 for a five-part second series where Assane continues in his pursuit for revenge against Hubert Pellegrini who has kidnapped his son Raoul.

Penn Badgley returns as Joe Goldberg for season three of You. Joe, Love and their new baby have moved to the suburbs to start an idyllic new life amongst their mommy blogger and tech entrepreneur neighbours, but it’s not long before Joe has a new obsession that reignites Love’s murderous impulses.

In Netflix’s most-watched show ever, divorced father and gambler Seong Gi-hun joins 456 debt-ridden players in a series of games with an enormous cash prize, overseen by faceless guards. Only one player can win and losing means death.

It’s a new year, Otis is having casual sex, Eric and Adam are official, and Jean has a baby on the way. Meanwhile, new headteacher Hope tries to return Moordale to a pillar of excellence, Aimee discovers feminism, Jackson gets a crush and a lost voicemail still looms. Prepare for commitment animals, alien phenomena, vulva cupcakes, and much more of Madam Groff.

3 delicious recipes that will have you excited for autumn

This no-waste cauliflower soup will become your lunchtime staple