Novelist Louise O’Neill is everywhere at the moment, and that’s a good thing. Often, over-exposure in Irish media is the death knell of likeability, but Louise’ continued presence as she promotes her second novel,?Asking For It,?isn’t just welcome – it’s necessary. Due to the book’s plot – a young somewhat unlikeable woman wakes up on her front porch, discovers she was raped the night before and finds herself at the centre of a scandal that shakes the local and usually sleepy community – Louise has found herself speaking eloquently and angrily about sexual assault to the media, her ability to put this horror into beautiful words winning her acclaim the literary world over.

This Cork native recently sold the movie rights to her debut dystopian novel Only Ever Yours and has recently finished writing her third novel.? She’s also terribly accomplished and choke-on-your-food hilarious when it comes to composing tweets.

Social media channel of choice?
I spend far too much time on Twitter, over-sharing about boys and sex and that time I used a vaginal cleanser as a face wash for an entire month before I realised my mistake. I also like to tweet about feminism and political issues, so my personal brand is what one might call ?confused?.

#SquadGoals / three people you’d invite to a dinner party?
Amy Schumer, Kristen Wiig, and Max Irons for my sexual pleasure. I will objectify him all day every day.

Who is top of your PMS playlist?
I can’t stop listening to The Weeknd right now. The lyrics are horribly misogynistic but I find the album ridiculously sexy. My head and my heart are feminist. My vagina? Not so much.

If Ireland still had its own currency, which woman would you put on the tenner?
Myself, obviously. Don’t be asking stupid questions.

Your Internet heroine is?
Laurie Penny, or Emer O? Toole. Whenever I read something that she has written, I find myself nodding vigorously. She is smart, brave, and ferocious.

And your IRL heroine is?
My mother. She’s kind, warm, endlessly patient, and puts up with far too much from me.

The movie you always rewatch?
Heathers is so wonderfully quotable. ?Fuck me gently with a chainsaw? is my favourite line ever.

The book you always gift?
At the moment, it’s Emer O? Toole’s Girls Will Be Girls. It’s an intelligent, accessible take on feminist theory and is a joy to read. I last bought it for an unreconstructed male in his forties. I can’t wait to hear what he thinks.

The most annoying quality in people?
Standing too close to me on public transport. Oh, and when they don’t agree with every word I say. That really irritates me.

And the best?
I find most people to be inherently kind. (I also like to when they agree with every word I say.)

Which designer do you wish appointed you his/her muse and gave you a free wardrobe?
This is SUCH a good question but almost impossible to choose just one. I’m going to go with The Row because then I’d get to hang out with Mary-Kate and you know that gal has stories to tell.

For some reason you’re Enda Kenny for a day with a majority in the D?il. What law do you pass?
Do you even have to ask? Safe, legal abortion. It’s about goddamn time.

What makes you proud to be an Irish woman?
2017 has not been an easy year but I feel proud being an Irish woman. There has been a national conversation on issues that directly affect women’s lives, particularly sexual violence and our right to have access to safe, legal abortion. The ability of Irish women to combine ferocious anger and indefatigable humour is astonishing.

And what makes you angry?
That I live in a country where a woman is likely to face more time in prison for procuring drugs to aid an abortion that a man convicted of rape. Something has to change.

Hot drink of choice?
Butler’s Hot Chocolate. I hope they’re reading this and decide to give me a VIP card. Does such a thing exist? It needs to exist.

Favourite bar?
In Clonakilty, the incredible DeBarras is a treasure. In Dublin, I love anywhere that’s incredibly pretentious and hipster. Give me a cocktail in a jam jar or go home, you monster.

Advice you wish someone gave you five years ago?
?What other people think of you is none of your business.? I wasted far too much time worrying about I was perceived by others. I wish someone had told me never to make jokes to journalists. They never translate well in print.

And the advice you’ll give anyone who will listen?
Buy one of my books. That isn’t really advice but Mama wants her royalties.

You can holiday anywhere you want. To where should we charter the plane?
Necker Island, please. Hopefully at the same time as Harry Styles is there as well.

Ideal way to while away a weekend?
Me, alone, surrounded by a stack of books. It would be raining, of course, so I wouldn’t feel the need to leave the house and be active in any way.

Where would you time travel to and why?
The roaring 20s. I have high hopes that I would be running around London drinking gin, doing the Charleston and generally causing havoc.

Favourite thing about yourself?
Where do I start?! (Kidding. Kind of.) Professionally, I like how ambitious I am and the fact that I never give up. On a personal basis, I try to be kind. Some days that’s easier than others, depending on how many idiots I meet.

Your mantra?
Whenever I do something that I feel embarrassed or anxious about, I just tell myself ?This is who I am. I’m good enough just as I am.? It helps, honest!

Can you recall a life-changing event?
My English teacher, Jo Keane, gave me a copy of The Handmaid’s Tale?(by Margaret Atwood) when I was 15. When I put that book down, I felt as if the way in which I viewed the world had changed forever. There’s only been a handful of books that have that effect on me.

Your make-up item/weapon of choice?
Liquid eyeliner. More is more in my opinion. I like to look like I’m recovering from two black eyes.

You’re on our 40 under 40 list, which means you’re a hardworking gal. How do you balance the task list with keeping sane?
I don’t have an answer for that because I’ve really been struggling to maintain my emotional and mental well-being since my second novel has been published. I think exhaustion has played a large part in that. I’m moving back to west Cork in January and I’m looking forward to getting back to writing and yoga classes and the peace of the countryside.

Most treasured item of clothing/accessory?
I have a pair of PVC leggings that I’m in love with, I’ve had them for 6 years and I invariably get compliments every time I wear them. I also love my vintage white fox fur coat and my Chanel 2.55 bag.

Give a shout-out to an under-rated woman you know.
As an author, I tend to get all of the glory but there are so many people working behind the scenes that make all of what I do possible. My agent, Rachel Conway, and my editor, Niamh Mulvey, are driven, ambitious, incredibly hard working women. They deserve all the shout-outs.

Are New Year’s resolutions the devil?
I like New Year’s in the same way that I like my birthday – I enjoy the feeling of rebirth, of starting again, of having a fresh start. That being said, if you start talking about to me about your ?new you!? on New Year’s Day when I’m hungover AF, I will cut you.

Any goals for 2017?
Same as every year. I want to be healthy and happy. And to get the shift of Max Irons. WHERE ARE YOU, MAX? WHERE ARE YOU? 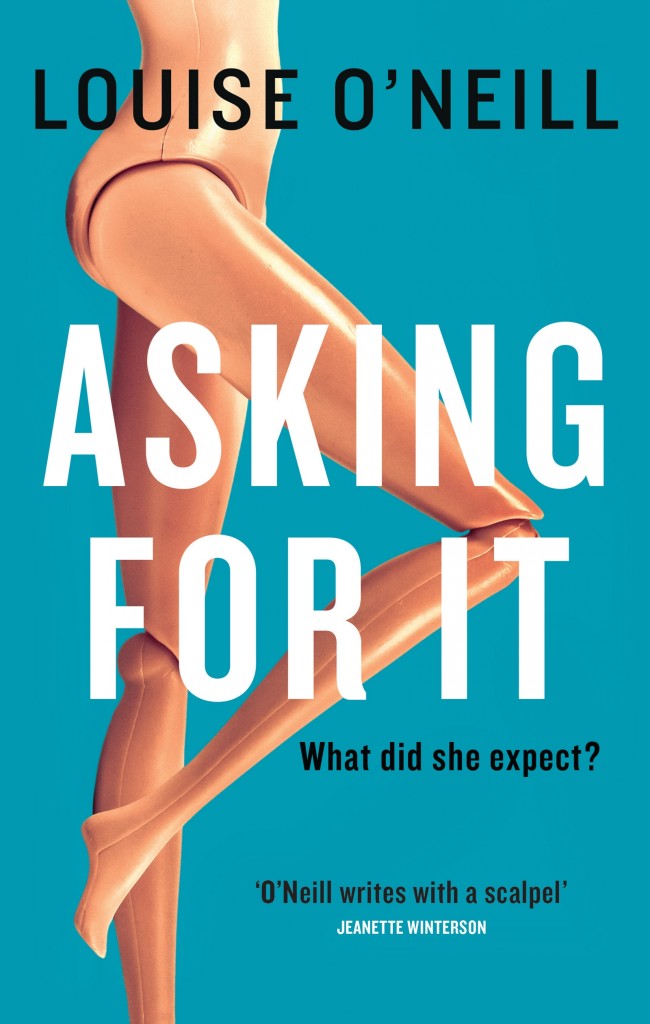 Your best adventure?
My sister and I rented a convertible and drove from San Francisco to Las Vegas, all along the Big Sur. That will always be a highlight for me.

Any regrets yet?
I don’t believe in regrets. Anything that I’ve initially seen as a setback has always worked out for the best in the end.

Your ultimate woollen jumper is which colour?
Marl grey. So chic.

How did you get over a major setback?
By refusing to give up. I didn’t wallow. I just took a deep breath and clawed my way back to feeling ?normal? again.

Where do you want to be when you’re 40?
Honestly? I would love to be an Auntie Mame-type figure. Utterly unconventional, living my life on my own terms, with zero fucks to give about how society expects me to behave.