Women Should ‘Be Encouraged’ To Freeze Eggs By 35

Women should be urged to freeze their eggs by the age of 35 as their chances of having a baby naturally plummet after they turn 38, scientists have said in a new study.

The authors of a new study say women should be encouraged to start families earlier, before their chances of conceiving “decrease significantly. “Researchers in Spain analysed nearly 4,200 women who underwent 5,841 IVF cycles in four groups aged between 38 and 44.

ICYMI: Zoe Saldana Was Almost Fired Because Of Pregnancy

Lead researcher Dr Marta Devesa said: “Women should be encouraged to have families earlier but if you can’t change society then we should encourage them to freeze their eggs by 35.?

We’re all for being prepared for all eventualities, but this seems a little extreme. We know that it can harder to conceive, the older you become, but does freezing your eggs seem a bit much? It’s true that nowadays women are starting families later in life, but does this mean that those of us in our early thirties (or late twenties) who have yet to start a family should rush off and freeze our eggs? The argument could go either way. Yes, you are technically increasing your chances by doing this, but age isn’t the single factor that can cause difficulties getting pregnant. 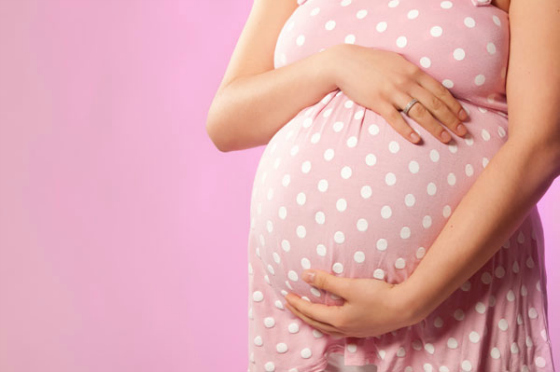 Looking at the study results, the study found would-be mothers were 18 times less likely to have a baby through in vitro fertilisation (IVF) at 44 than at 38, when the chances of success are about 24 per cent.

ICYMI: When Your Kid Calls Someone Else Mum

Fertility experts said the findings of the 12-year study showed women needed to be better informed about fertility and had perhaps been misled by “good news stories about celebrities”. They added that many women ?had little idea how low their conception chances were? past the 35 mark.

The study, presented at the European Society of Human Reproduction’s annual conference in Lisbon, shows that at the age of 38 around 24 per cent of women having fertility treatment went on to have a baby.

Prof Charles Kingsland, from Liverpool Women’s Hospital said he met many well-educated women who knew little about their fertility levels. “I’m amazed at how many women say I’m going to have my career, relationship with the man of my dreams, buy a house then have a family – and I think no you cannot do that,” he said.

“Even the most well informed women are ignorant and still just don’t realise how much age affects fertility,” Prof Kingsland said.

The above statement makes us mad. It’s so patronising of these ?experts? to assume that women know little or nothing about their fertility levels as they age. Okay, not everyone might, but less of the sweeping, generalising statements might help to get the point across.

The research revealed that official figures show one in three females undergoing fertility treatment in the UK are over the age of 38, which is high enough if you think about it.

This is sure to divide some opinions, would you consider freezing your eggs?